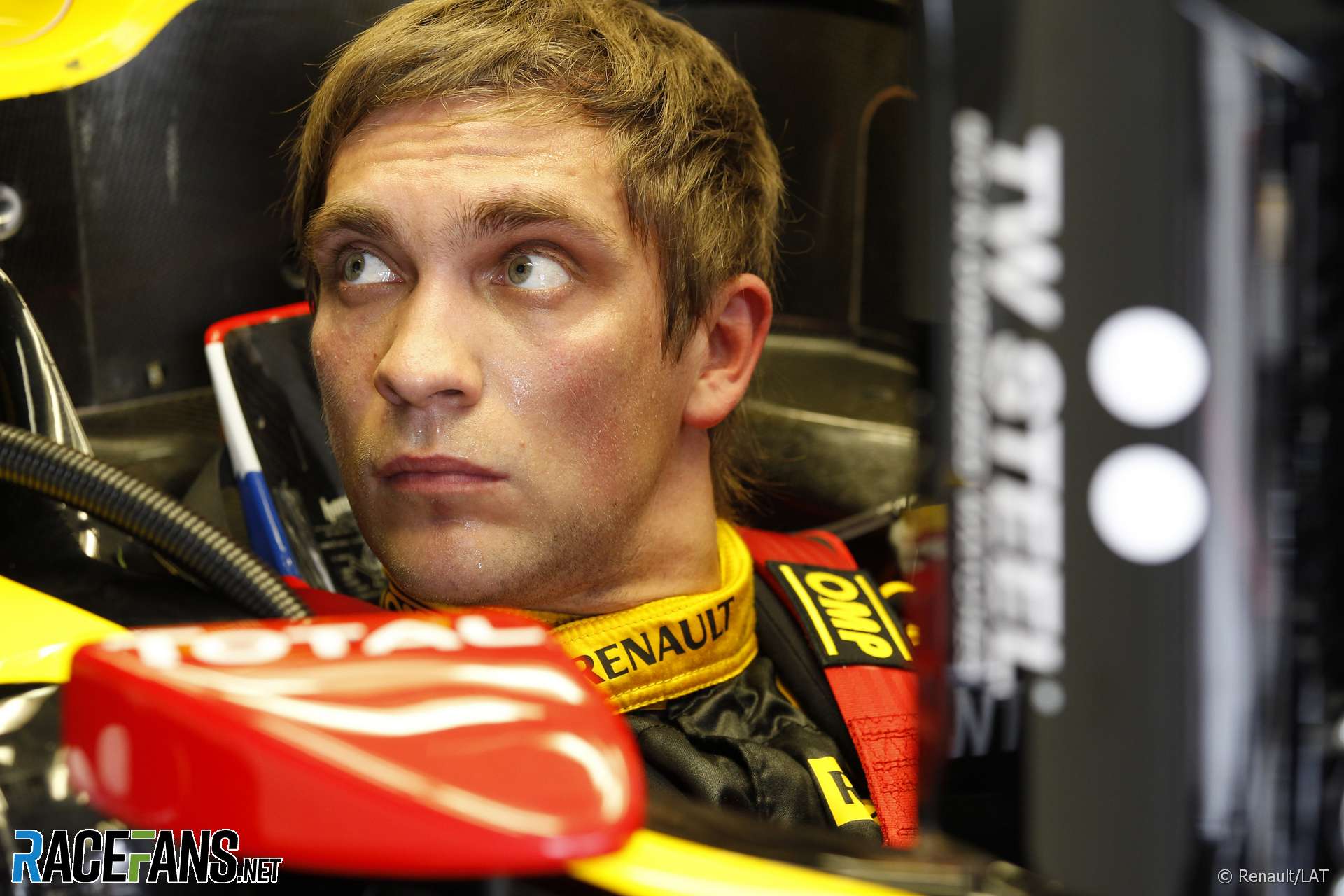 Vitaly Petrov was the first Russian driver to compete in Formula 1.

He started racing in his homeland and won championships in Lada saloon cars before shifting the focus of his career to Europe.

Petrov entered the F3000 Euroseries and finished third overall in 2006, winning once. The following year he moved up to GP2, driving the second half of the season with DAMS.

He joined Campos for 2008 and had his best season the following year. Team mate Romain Grosjean began the year strongly but Petrov asserted himself and took the lead in the championship before Grosjean was called up to replace Nelson Piquet Jnr at Renault in F1.

While Grosjean struggled to get to grips with F1, Petrov finished runner-up in GP2 to Nico Hulkenberg – a pair of wins and consistent points-scoring keeping him ahead of Lucas di Grassi.

Grosjean was not retained by Renault at the end of 2009 and Petrov was promoted in his place, joining Robert Kubica at the team.

Petrov was rarely on Kubica’s pace in qualifying, but he did beat him to the top ten on the grid in the final race of the season.

The spotlight fell on him during the race as he successfully kept Fernando Alonso behind for 39 laps as the Ferrari driver’s championship chances collapsed.

After the season finished Renault renewed his contract for another two years. Kubica was injured in a rally accident ahead of the 2011 season but Petrov brought the team some cheer by finishing on the podium first time out in Melbourne.

But as the season went on the team struggled to develop the R31 with its unconventional sidepod-mounted exhausts. Petrov publicly criticised the team’s lack of progress late in the year.

He was not retained for 2012 as the team brought in Kimi Raikkonen and Grosjean returned to the squad.

Petrov’s deal to race for Caterham (formerly Lotus) in 2012 was announced so late that the driver he was replacing, Jarno Trulli, had already got behind the wheel of a CT01 during testing.

It wasn’t until late in the season that Petrov hit his stride, particularly after Tim Wright took over as his race engineer at the Singapore Grand Prix. He was the hero of the season finale at Brazil as he passed Charles Pic for what became 11th place, securing the team’s tenth place in the constructors’ championship and the valuable income that came with it.

However Petrov was not retained by the team for 2013 as Pic was brought in alongside Giedo van der Garde. In 2014 he raced for Mercedes in the DTM and since then has competed in the World Endurance Championship’s LMP2 class.