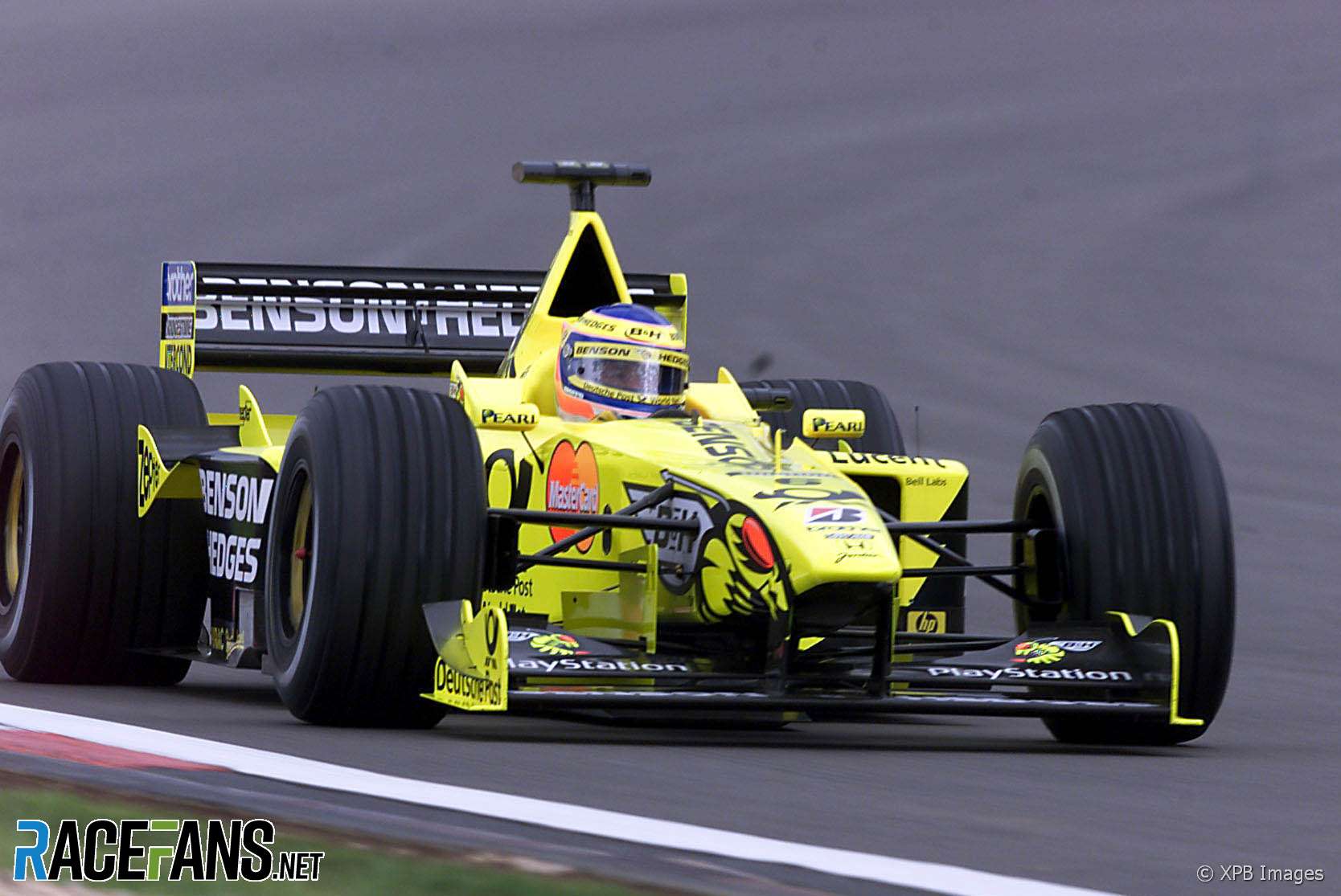 Jarno Trulli had an extremely successful karting career, after which a brief spell in Formula Three was enough to propel him into F1.

He began karting in 1984 at the age of nine and quickly began collecting cups. It culminated in 1995 with wins in the Italian Kart Championship and World Kart Championship, along with his second triumph in the Ayrton Senna memorial cup.

Trulli also started racing in the German Formula Three championship that year, joining the championship with the KMS team at the fifth round. He won the final two races of the season to place fourth in the championship behind Norberto Fontana, Ralf Schumacher (later to be Trulli’s team mate at Toyota) and Max Angelili.

With six wins from 15 races he claimed the title the following year.

Trulli made his F1 debut for Minardi in 1997. He couldn’t do much with the uncompetitive car besides out-qualify and out-race team mate Ukyo Katayama, which he usually did.

At the French Grand Prix Trulli had moved up into the Prost team, taking over from Olivier Panis who had broken his leg. Trulli seized the opportunity and scored points on his third race for the team.

At his final appearance for Prost at the A1-Ring he qualified third and led convincingly before his Mugen-Honda engine blew up.

But an impression had been made and team boss Alain Prost got Trulli’s name on a contract for 1998. However the team was never as competitive again as it had been in 1997.

The only highlight for Trulli was a brilliant second place at the Nurburgring in 1999.

Trulli switched to Jordan for 2000. This promised to be a better showcase for his potential – the team had won twice in 1999 and nearly taken Heinz-Harald Frentzen to the championship.

The partnership started well – Trulli put his car second on the grid for the Monaco Grand Prix. But worsening reliability and a string of collisions spoiled his year. He remained with the team for 2001 but the new car proved even less competitive.

This prompted Trulli to change teams again, joining Renault for 2002 alongside Jenson Button.

The pair were a close match on performance but things got tougher for Trulli when partnered with Fernando Alonso the following season. Alonso scored the team’s maiden victory at the Hungaroring that year and headed Trulli in the points standings 55-33.

The 2004 season started better for Trulli and in the sixth round at Monaco he finally claimed his first Grand Prix win with a faultless drive from pole position while Alonso crashed out.

But behind the scenes relations with team boss Flavio Briatore had deteriorated – and they got worse when Rubens Barrichello took third place off Trulli at the penultimate corner in the French Grand Prix.

Briatore team dropped him before the end of the year. But he made an almost immediate return with his new team, Toyota, before the season was over.

At first it looked as though the well-funded Japanese outfit was poised to deliver on its obvious potential. Trulli began 2005 with second places in the Malaysian and Bahrain Grands Prix. He and Ralf Schumacher scored 88 points and Toyota ended the year fourth overall – but it fell into decline over the next two seasons.

But following the departure of technical director Mike Gascoyne the team increasingly struggled, despite having one of the largest budgets in the sport. Trulli scored 15 points in 2006 and eight in 2007, leaving many to question Toyota’s ability to compete in Formula 1.

The TF108 proved more competitive in 2008 and Trulli got into the points on several occasions. At Magny-Cours he reached the podium for the first time in three years, grabbing third place while running a special livery to commemorate the death of team founder Ove Andersson.

Toyota started 2009 looking strong. Despite being moved to the back of the grid at Melbourne for a technical infringement during qualifying, Trulli raced through the field to finish third (following a dispute with McLaren which ended with Lewis Hamilton being disqualified).

Further evidence of their potential came at Bahrain, where Trulli headed the grid with team mate Timo Glock alongside. But Glock beat him into the first corner to lead the race, and poor strategy after that cost Trulli the chance of victory.

From that point on the TF109 rarely looked as competitive again. An upswing in performance late in the year allowed Trulli to take second place at Suzuka. But his last two races were disappointing: crashing out on the first lap at Interlagos having qualified well, and being beaten in Abu Dhabi by Kamui Kobayashi, who was standing in for the injured Glock.

Worse followed within days of the season ending as Toyota confirmed their withdrawal from F1.

Now one of the most experienced drivers in F1, with over 200 starts to his name, Trulli quickly found a seat for 2010, joining the new Lotus team. Several former Toyota staff followed him to the new outfit, where he was also reunited with Gascoyne.

Trulli was often the quickest of the six ‘new team’ drivers in 2010 but persistent unreliability meant he often failed to finish races.

Persistent trouble with the T128’s power steering dogged Trulli’s 2011 campaign. He was almost invariably out-qualified and out-raced by Heikki Kovalainen.

A rare exception was Monaco – a track where Trulli has always shined – where he had by far his most accomplished outing of the season. However the team benched him for one race, the German Grand Prux, drafting Karun Chandhok in his place.

Nonetheless Trulli signed a contract extension for 2012, when the team will be renamed Caterham.