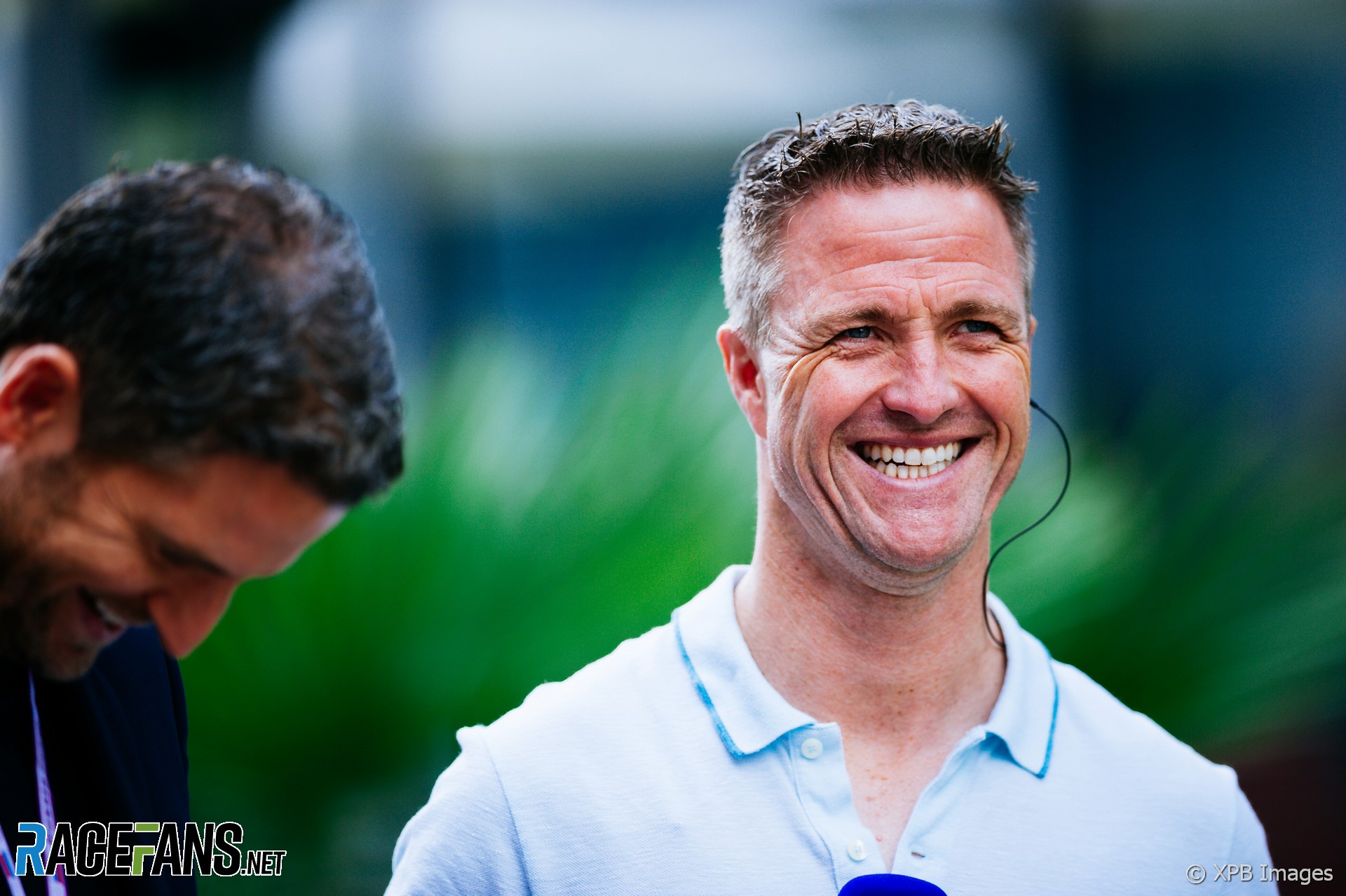 Ralf Schumacher tested for McLaren in 1996 but made his F1 debut with Jordan the following year.

In doing so he was following in the footsteps of elder brother Michael Schumacher, who arrived in F1 with Jordan six years earlier.

A podium finish in his third race – despite tangling with team mate Giancarlo Fisichella – was followed by a string of mid-season points finishes which secured his place at the team for a second season.

For 1998 he was joined by Damon Hill. He often compared very favourably with the 1996 champion, and was furious at being restrained from racing Hill for the team’s first win at Spa in 1998.

Schumacher switched to Williams ahead of their BMW engine deal in 2000. He had the measure of Alessandro Zanardi in 1999, whose return to F1 went very poorly, and was in the hunt for victory at the Nurburgring before suffering a puncture.

His second year at Williams saw the arrival of a feisty new team mate in the form of Jenson Button, who showed up Schumacher on more than one occasion.

As Frank Williams had Juan Pablo Montoya contracted for 2001, Schumacher had his fifth different team mate in as many years.

The relationship between the pair was rocky at time but endured for four seasons. Williams were on an upward trajectory and Schumacher’s first career win finally came at San Marino in 2001.

He followed that up with wins in Canada and Germany. The former was arguably his best, holding off his brother in the dying stages. The latter came at the expense of Montoya, who retired while leading.

Schumacher added another win at Malaysia in 2002, one of only two not won by Ferrari that year.

In 2003 he picked up an injury that compromised his season, having been in the running for the championship earlier on in the year. Most of 2004 was written off after a crash at Indianapolis where he hurt his back.

In 2005 he moved to Toyota to partner Jarno Trulli, who had the beating of him for most of the season.

Toyota endured a more difficult year in 2006, but Ralf at least managed to beat Trulli more often. The two even got in each other’s way on occasion, such as at Suzuka.

In 2007 Schumacher slipped back behind Trulli again and Toyota declined to renew his contract.

He joined Mercedes’ DTM team in 2008 and spent five season racing for them, scoring a best finish of second in Austria in 2011. Schumacher was set to race for them again in 2013, but announced his retirement shortly before the start of the season.