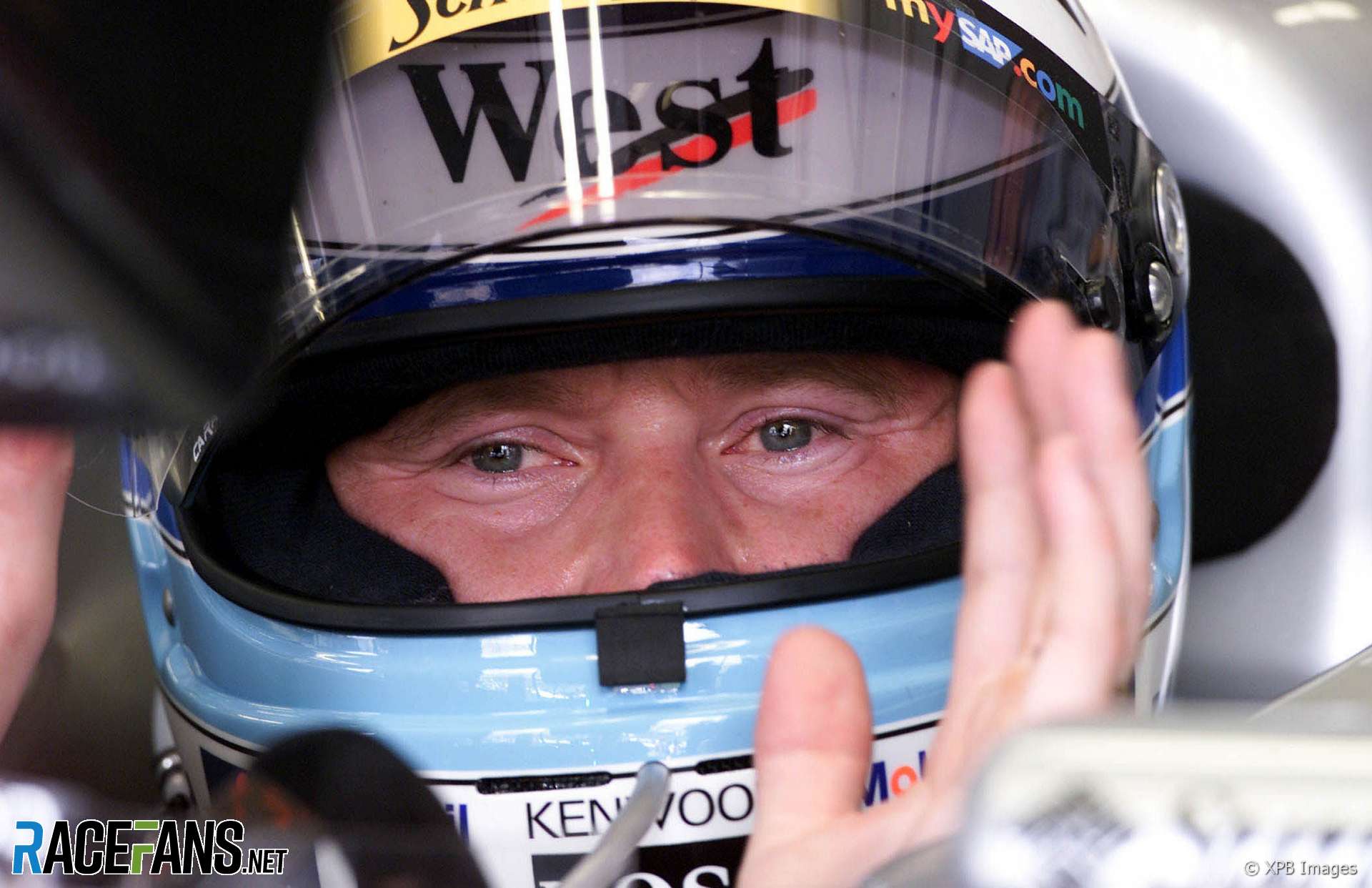 In 1990 Mika Hakkinen had his first run-in with the driver he would later fight for the world championship in three consecutive seasons. He tangled with Michael Schumacher at the 1990 Macau Formula Three race, running into the back of his rival while trying to pass him.

Hakkinen later settled the score with his rival. Both made their F1 debuts in 1991, though for Hakkinen it was a tough start in an uncompetitive Lotus. He dragged the car into the points in his third race at a damp Imola, but more often than not the Judd-engined machine failed to reached the chequered flag.

The following year was generally better, though not at Imola where he failed to make the cut in qualifying. This went against the grain in a season where he achieved six points-scoring finishes.

It was enough to earn the attention of McLaren who appointed him as their test driver for the following season. When race driver Michael Andretti stood down near the end of his unsuccessful F1 experiment, Hakkinen took his place and stunned by out-qualifying Ayrton Senna on his return at Estoril.

He ended that race in the barriers, but next time out at Suzuka he finished third and joined his race-winning team mate on the podium. With Senna off to Williams for 1994, Hakkinen’s team mate for his first full season at McLaren was in doubt for some time. Martin Brundle eventually got the driver.

It was the beginning of a difficult period for McLaren who traded unreliable Peugeot engines in 1994 for Mercedes power in 1995. The latter eventually came good, but it took time before the combination was a winning proposition.

In the meantime Hakkinen endured troubles of his own. At the Hockenheimring in 1994 where he was held responsible for a multi-car crash at the start and banned from driving in the next race. At the end of 1995 he crashed horribly at Adelaide but survived thanks to the rapid intervention of Professor Sid Watkins’ medical team.

Brundle had been replaced by Nigel Mansell, who lasted just two races in the uncompetitive 1995 car before handing it to Mark Blundell. For 1996 Hakkinen had another new British team mate, but this one stuck around.

The pair had a few run-ins during 1996 but the following year Mercedes’ engines were showing great promise. Coulthard won at Melbourne and Monza but Hakkinen’s car expired while leading at Silverstone, the A1-Ring and Nurburgring. He finally took a breakthrough win at the season finale in Jerez, though only after his team mate and new champion Jacques Villeneuve had waved him through.

Bizarrely, Hakkinen opened his account in 1998 with another gifted win from Coulthard. This time Hakkinen had entered in the pits in error and Coulthard sportingly gave him the lead back. Hakkinen wouldn’t need such help for much of the rest of the season, as the combination of Mercedes power, Bridgestone tyres and Adrian Newey’s superb MP4-13 made for an irresistible combination, particularly in Hakkinen’s hands.

Schumacher and Ferrari made him fight hard for the title, however. It took him until the season finale to put a lock on the title with his eighth win of the season. Five more wins and a second title followed in 1999, aided by Schumacher’s mid-season absence due to injury.

In 2000 Hakkinen and Schumacher fought a thrilling, season-long fight but this time the Ferrari driver prevailed. Hakkinen won four times, the last coming in fantastic style at a damp Spa following an opportunistic pass on Schumacher.

By 2001 it seemed Hakkinen’s motivation had faded. The MP4-16 was a less co-operative machine than its predecessors and he crashed in the season-opening race in Australia – a worrying reminder of his 1995 episode. He took two more wins at Silverstone and Indianapolis then declared his intention to take a sabbatical.

Although Hakkinen did consider a return to F1 five years later, he never drove in another grand prix. Instead he raced in Germany’s DTM series for three years with Mercedes, scoring a trio of victories. He returned to racing again in 2011, driving a Mercedes SLS AMG in a GT3 championship race in Zhuhai, China.