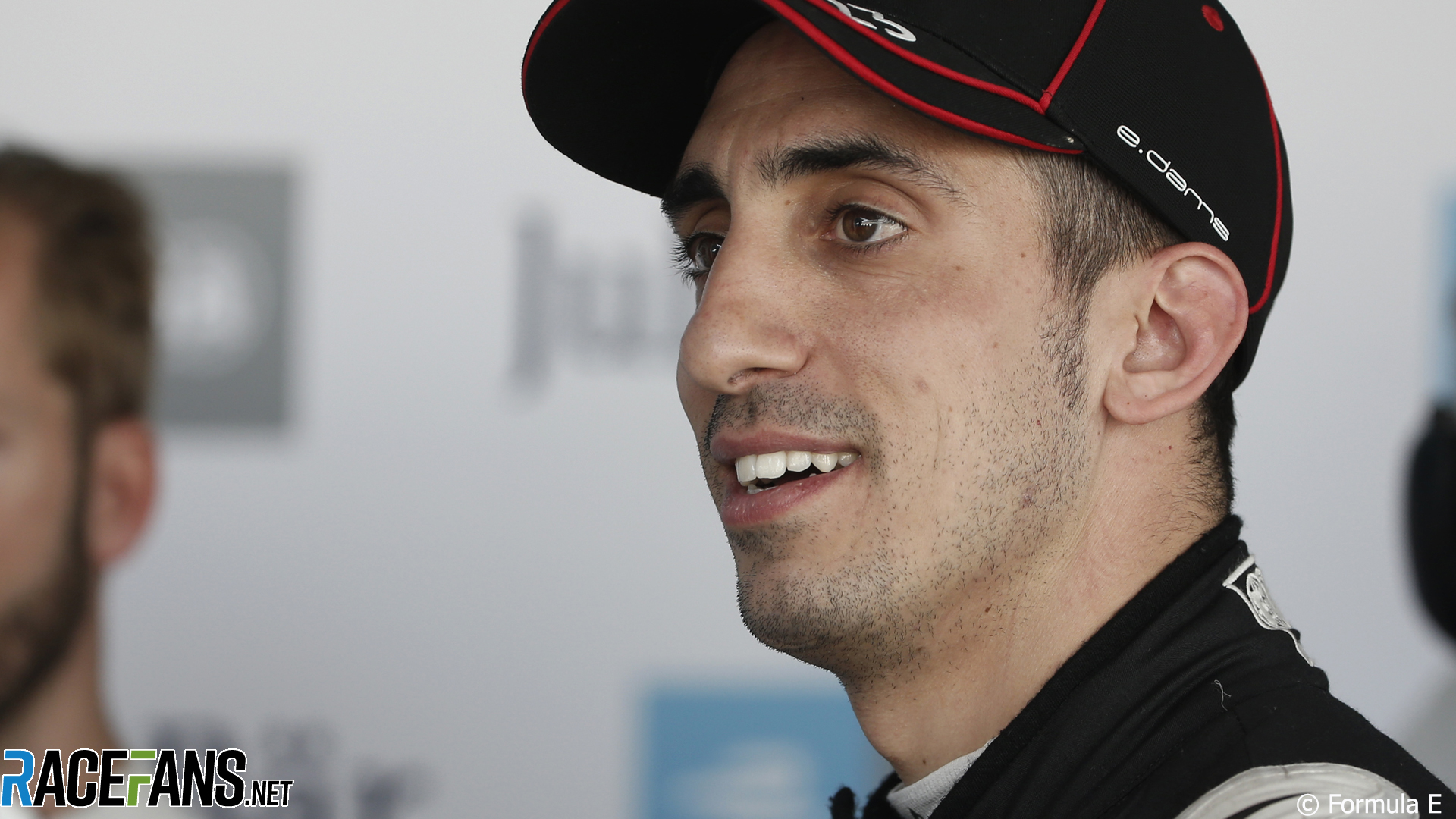 Sebastien Buemi was just 15 years old when he drove a Formula 1 car for the first time. In 2004 sponsors TAG Heuer arranged for him to sample a five-year-old Arrows at Luc on France.

That was the same year Buemi had made the step up from karts to racing cars. He finished third in the German Formula BMW championship while Sebastian Vettel, another future F1 driver, romped to the title with 18 wins from 20 starts.

Buemi was beaten to the 2005 Formula BMW title by Nico Hulkenberg, who scored 287 points, beating Buemi by just five. The same year he made his F3 debut in the Spanish championship round at Valencia.

In 2006 he raced in the F3 Euroseries for Mucke, won the reverse-grid race at Oschersleben, and ended the year 12th overall.

Like Vettel, Buemi often seized the chance to make an early move into higher categories when the opportunity presented itself. In 2007, while racing in the Formula Three Euroseries, he made several starts for ART in GP2, impressing on his debut in Monaco.

In his 11 starts he set three fastest laps, but back in F3 Romain Grosjean beat him to the title. Buemi also made several starts for the Swiss A1 Grand Prix team.

Buemi was runner-up to Grosjean once more in the inaugural GP2 Asia championship, winning once at Sentul in Indonesia. He stayed with his Arden team for the main GP2 championship and took fifth overall with two wins, including an excellent drive in mixed conditions at Magny-Cours.

Toro Rosso promoted him to their race team for 2009 in place of Vettel. Buemi’s first season began well with a points finish at Melbourne. But soon after then it became clear the STR4 was not a match for its predecessor in both pace and reliability.

Nonetheless Buemi persevered and when the car came good towards the end of the year he was back in the points once again. It was enough to guarantee his place in the team for 2010.

Buemi suffered in the rough and tumble of the midfield in 2010 and was often involved in first-lap collisions. He also had a frightening accident at Shanghai when both front wheels came off his car at 200mph.

Most of his points finishes came in the first half of the season, and he even led a lap in Canada. But Jaime Alguersuari, who had replaced Sebastien Bourdais as his team mate in 2009, got the upper hand on Buemi in the second half of the year.

As the 2011 season began there was speculation either Buemi or Alguersuari might be moved aside during the year to make way for up-and-coming Red Bull development driver Daniel Ricciardo.

Buemi seemed to do his chances plenty of good as he out-scored Alguersuari early in the season. But Alguersuari increasingly had the upper hand in the second half of the season and late in the year Buemi suffered a string of car failures.

In the end both drivers kept their seats until the end of the year – only to be dropped to make way for both Ricciardo and Jean-Eric Vergne in 2012. However, he remained part of the Red Bull stable as the team’s reserve driver for 2012.

Since leaving F1 Buemi has enjoyed success in the World Endurance Championship and Formula E. He clinched the WEC title in 2014 with Toyota team mate Anthony Davidson, but to years later he, Davidson and Kazuki Nakajima were cruelly denied victory in the Le Mans 24 Hours by a late-race failure.

Buemi dovetailed his WEC racing with participation in the new Formula E championship. Driving for Renault’s e.Dams team, Buemi missed out on the title in his first season by a single point. The following year he prevailed in a close fight with Lucas di Grassi in which the pair collided at the final double-header round. But in the 2016/17 championship, having missed the New York round due to his WEC commitments, Buemi lost his title to Di Grassi in an ill-tempered season finale at Montreal.

Buemi seemed to struggle to recover his form, following the defeat, taking no wins during the 2017/18 season. He was retained by e.Dams when the team switched to running Nissan’s entry, after Renault departed the all-electric series to refocus on F1 and took a victory at the final event of the 2018/19 season in New York, sealing third place in the championship that year.

In WEC, he found himself partner to Fernando Alonso’s endurance efforts, taking two Le Mans wins and the overall title with him and Kazuki Nakajima over the 2018/19 Super Season.

Buemi continued for Toyota in the 2019/20 WEC season, with fellow former Toro Rosso driver Brendon Hartley filling Alonso’s role in the team and took a further Le Mans win at the delayed 2020 event. In Formula E, Buemi turned around an initially scrappy season during the six-race Berlin finale to finish fourth in the drivers’ standings.

Buemi is confirmed to be driving for Nissan e.Dams again in the 2020/21 Formula E season, alongside Oliver Rowland and has continued his Red Bull Formula One reserve role, travelling to races for much of the 2020 season in case either driver should test positive for COVID-19.