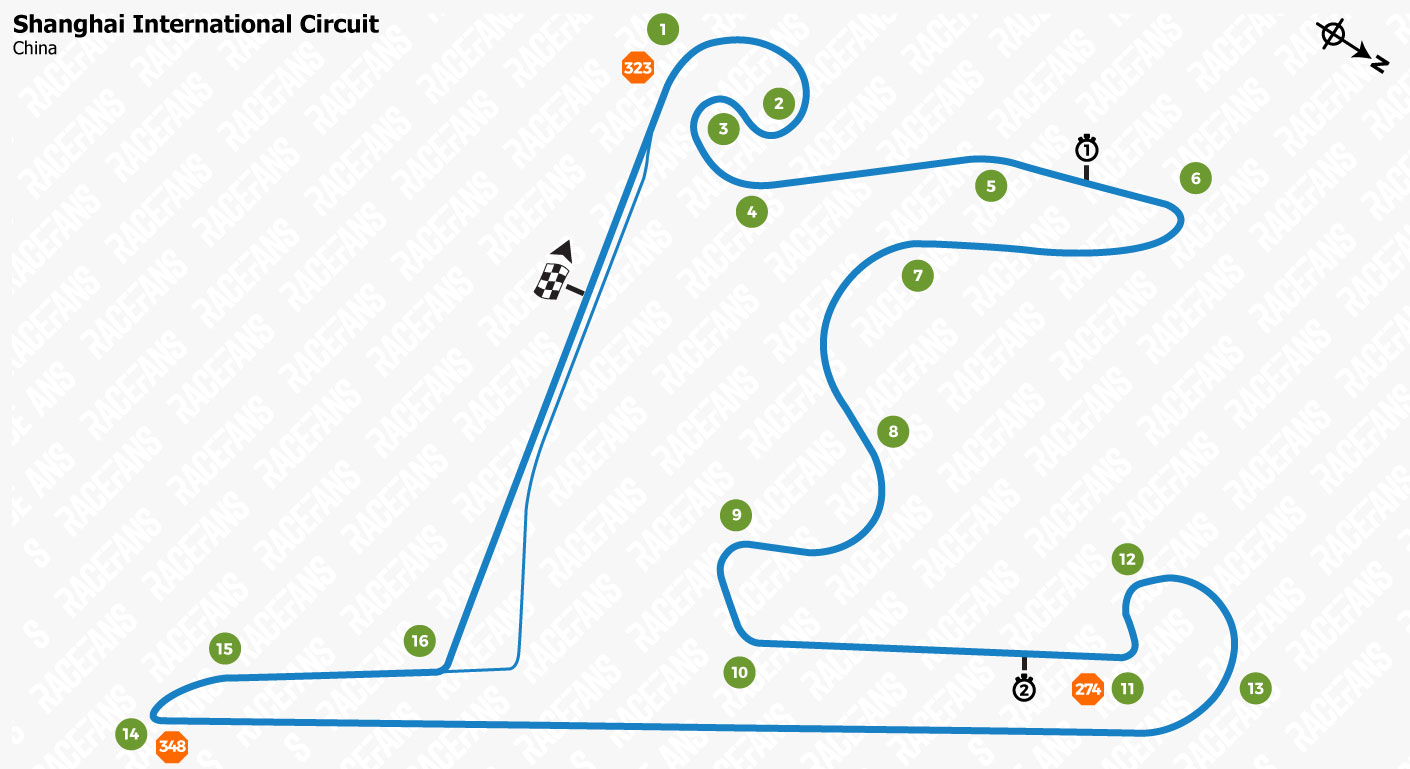 The enormous Shanghai International Circuit facility was constructed to host China’s first Formula One race in 2004. Built at a cost of £132m ($240m), the circuit is dominated by a vast main grandstand and pit complex.

The circuit layout, which roughly mirrors the Chinese character Shang, is fairly typical of modern venues. It features medium to slow speed corners and a straight where the drivers are flat out for almost 1.4 kilometres.

A distinctive feature of the track is the long right-hander which opens the lap, through which the drivers turn over 270 degrees before switching back.

The race originally appeared at the end of the year and held the final round of the world championship once, in 2005, a race which saw Renault clinch the constructors’ championship. Since 2009 it was been part of the opening series of flyaway races.

As the circuit was built in an industrial complex outside Shanghai it is often affected by pollution from nearby factories. The weather can be variable and it is not uncommon for races to be affected by heavy rain.