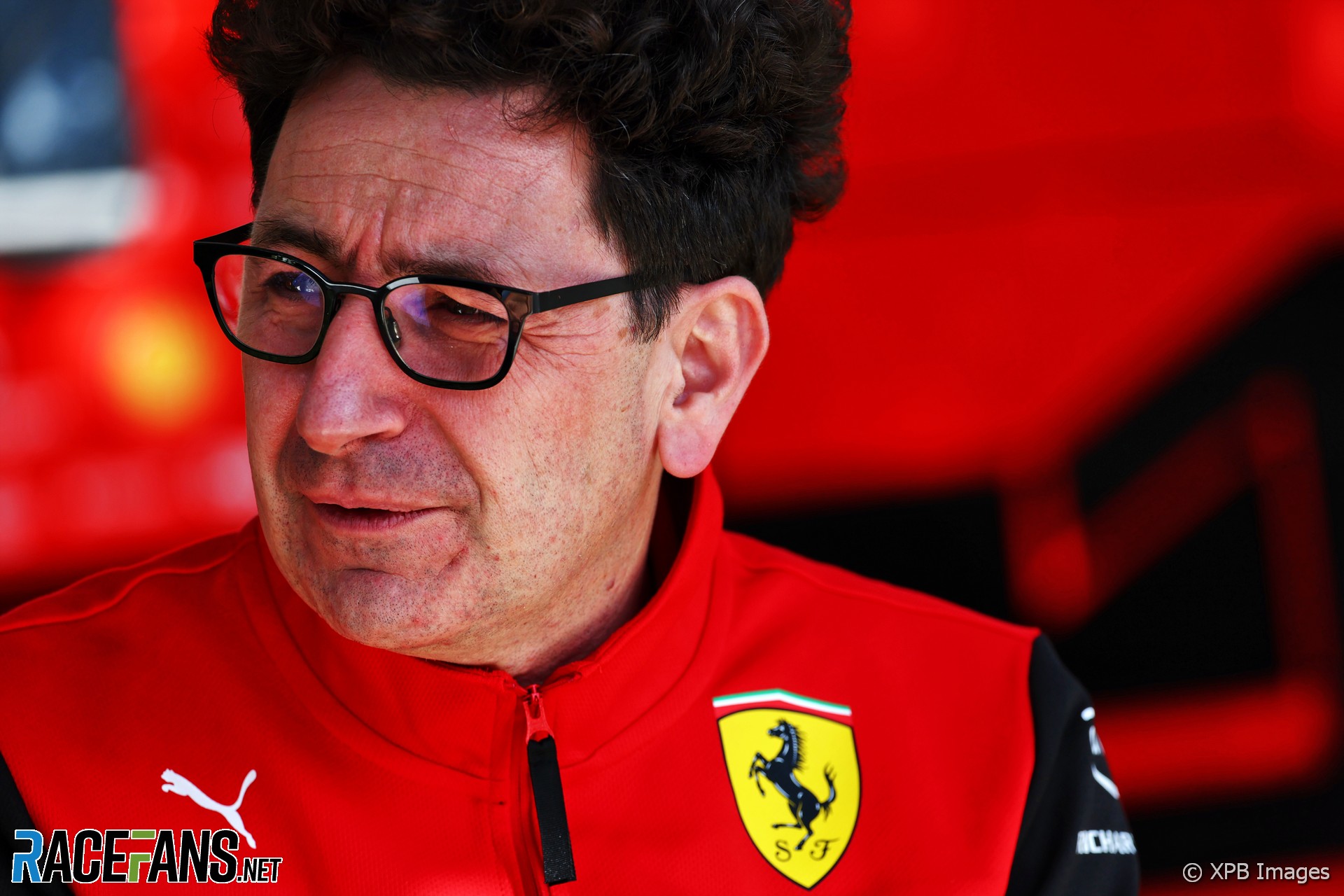 In the round-up: Former Ferrari CEO Luca di Montezemolo admits he is concerned about the direction the team is taking.

Luca di Montezemolo, who oversaw Ferrari’s successes in the seventies and noughties as team principal and later CEO, voiced his concerns over the leadership of the team following the departure of Mattia Binotto from the Scuderia last month.

“I’m sorry about the situation at Ferrari and I’m worried,” Montezemolo told Corriere dello Sport. “In these moments, since I really care about Ferrari, I prefer not to comment other than to note that it seems to me to be a company without a leader.”

An updated calendar has been issued for the next Formula E season by the World Motor Sport Council, and brings the schedule down to 16 races as well as adding a new event.

The first change is the May event that had been previously listed as ‘To be announced’ on the calendar is now removed, while the ‘TBA’ for June 24 has been filled by the new Portland E-Prix.

Portland already hosts IndyCar on a permanent track on the northern outskirts of the city, and it has not been confirmed whether FE’s race will take place there or on a new street circuit.

“There is a big, passionate fanbase for professional sports in the city, together with strong ecological credentials which makes Portland a perfect host for the FIA Formula E World Championship,” said FE’s CEO Alberto Longo.

“The USA remains an important market for FE. We are delighted to maintain that critical presence and engage a new audience in the Pacific Northwest region in all-electric motorsport.”

FE raced in Miami and Long Beach in its inaugural season, then since 2017 has held two races in Brooklyn, New York City every year bar the pandemic-hit 2019-20 season. However New York has dropped off the calendar for 2023.

During the WMSC meeting there was also an update to the 2023 F1 calendar, with the confirmation that the Chinese Grand Prix will not be replaced and the season will feature a record 23 events.

Taylor Barnard, a protege of Nico Rosberg’s former karting team, will race in the FIA Formula 3 championship next year.

The teenager has spent the past two years racing in F4, at first with the BWR Motorsports team of former Team Rosberg man Erich Baumgartner and then with the PHM Racing team. This year he won in the United Arab Emirates and ADAC series, finishing second in the points in the latter, and also came eighth in the Italian F4 championship.

He will step up to Formula Regional Middle East next month with PHM, as a preparatory step before then moving up to FIA F3. PHM will announce its FIA F3 line-up at a later date.

McLaren junior Ugochukwu to race for Prema in Italian F4

Ugo Ugochukwu will race in Italian F4 for his second year in car racing, following a successful rookie campaign in British F4.

The McLaren junior won two races and three poles in the British championship with Carlin, then joined Prema for appearances in continental series. He claimed two podiums from two outings in Germany’s ADAC F4 series, then came 10th in Italian F4 with four podium finishes.

Prosecutor dismissed for ‘tampering’ in Red Bull case (The Star)

'The Public Prosecutors Commission has decided by a majority vote to discharge senior public prosecutor Chainarong Saengthong-aram for allegedly tampering with evidence. Chainarong was accused of reducing the speed at which Red Bull scion Vorayuth 'Boss' Yoovidhya was driving his Ferrari in the 2012 hit-and-run case from 177kph to less than 80kph.'

'The 20-year-old New Zealander was in Japan this week taking part in testing for the Super Formula series, which he was expected to move into for the 2023 season. But his ambitions to reach motorsport's top table remained strong and, he believed, in good shape.'

'The joint test of the Super Formula Lights Championship, which started on December 6th at Suzuka, entered its second day of running on December 7th. Session three was run for only two hours on this day.'

'In FE’s ninth season, Maximilian Guenther will be at the heart of Maserati MSG Racing and entwined with the iconic comeback story of one of motor racing’s most prestigious brands. Following on from the historic launch of our season nine challenger, the Maserati Tipo Folgore, Max runs down the nuances of Gen3 FE as the field gears up for pre-season testing.'

'The Dane made his Spanish F4 debut in the penultimate round of 2022 at Navarra, taking pole for just his third race and getting two top-five finishes from the two events he contested.'

We always endeavour to credit original sources. If you have a tip for a link relating to single-seater motorsport to feature in the next RaceFans round-up please send it in via the contact form.

Welcome to the future 🤩

Watch an entire INDYCAR race from a CGR pit stand! Bid on today's #VetsGiving experience with proceeds going to @AmericanLegion & veterans in need.

F1 has announced the venues of its six sprint races for 2023, and said the decision-making for choosing the tracks followed “research to calculate the most suitable tracks for the F1 Sprint format including overtaking opportunities, close racing and high-speed sections”.

Research to calculate the best …

That would be a very interesting ‘Research Report’ to see, like so many FIA/F1 decisions since 2014.
Martin Elliott

On this day in motorsport