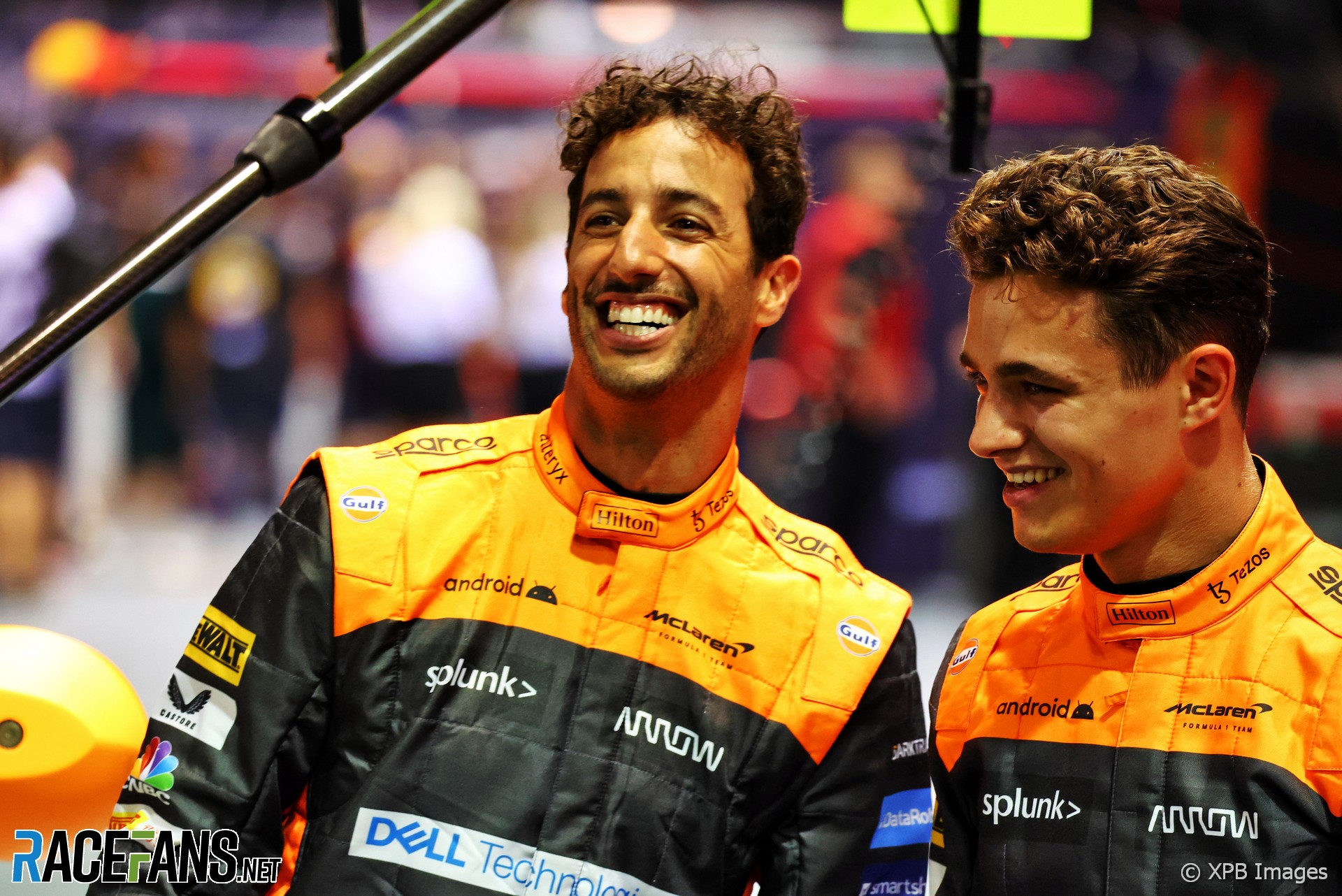 When was the last time a driver rated as highly as Daniel Ricciardo joined a team and under-performed as unexpectedly as he did?

Few would have expected when Ricciardo joined McLaren on a three-year deal at the beginning of 2021 that he would be shown the door with a year left to run on his contract.

But the astonishing aspect of Ricciardo’s plight was not simply that his first season at McLaren went poorly – notwithstanding that against-the-run-of-play Monza victory. The true shock came when his second season began at it swiftly became clear he had fallen further behind team mate Lando Norris.

Thanks in part to his Italian Grand Prix win, Ricciardo ended last season with 115 points to Norris’ 160: Not a good result by any means, but defensible. Points are not always an accurate measure of performance, however, and Ricciardo’s haul of 41.8% of McLaren’s total last year flattered his qualifying and race result score-line compared to his team mate.

This year Ricciardo contributed less than a quarter of McLaren’s points. That was a more accurate reflection of a season in which Norris out-qualified him 20-2. The two occasions Ricciardo came out in front were in Spain, where Norris fell foul of track limits, and Canada, where he suffered a power unit fault.

Ricciardo signed with McLaren in 2020, and that year the team finished third in the constructors’ championship. They dropped to fourth in 2021, and slipped to fifth this year. But how much of that down to Ricciardo’s under-performance?

The points table tells its own story: Norris finished ahead of both Alpine drivers and 85 points clear of Ricciardo, yet Alpine beat McLaren to fourth place by just 14 points. Norris reached the points 18 times, more than either of his Alpine rivals, and over twice as often as Ricciardo did.

One frustrating aspect of Ricciardo’s season was that it wasn’t uniformly bad. Occasionally he rediscovered his lost confidence in the car though it invariably proved fleeting. He left Monaco cautiously optimistic he had made gains with the MCL36, only to be frustrated again.

Even towards the end of the season in Mexico he said he felt happier in the car, only by then he knew not to get his hopes up. He at least managed to sign off with a points finish, rebuffing Sebastian Vettel for ninth place at Yas Marina, ensuring he ended the season level on points with the Aston Martin driver.

It was striking that Norris also admitted the McLaren was a difficult car to get the best out of. He was able to wield it much more effectively, however, regularly put himself at the sharp end of the midfield and stayed out of trouble. But his unobtrusively strong season tended to get overlooked alongside his team mate’s plight.

It is to Ricciardo’s immense credit that he bore such a disappointing year with such good humour. Small wonder that, come the end of it, he didn’t fancy plunging into yet another campaign with his fourth different team in six seasons, which would likely involve bringing up the rear of the grid, and instead sets off for a year on the sidelines.

Ricciardo arrived at McLaren relishing the prospect of a Mercedes-powered machine which would put him in the hunt for wins and, eventually, championships. Instead he leaves facing an uncertain future and the genuinely possibility his time as an F1 racing driver may be over.