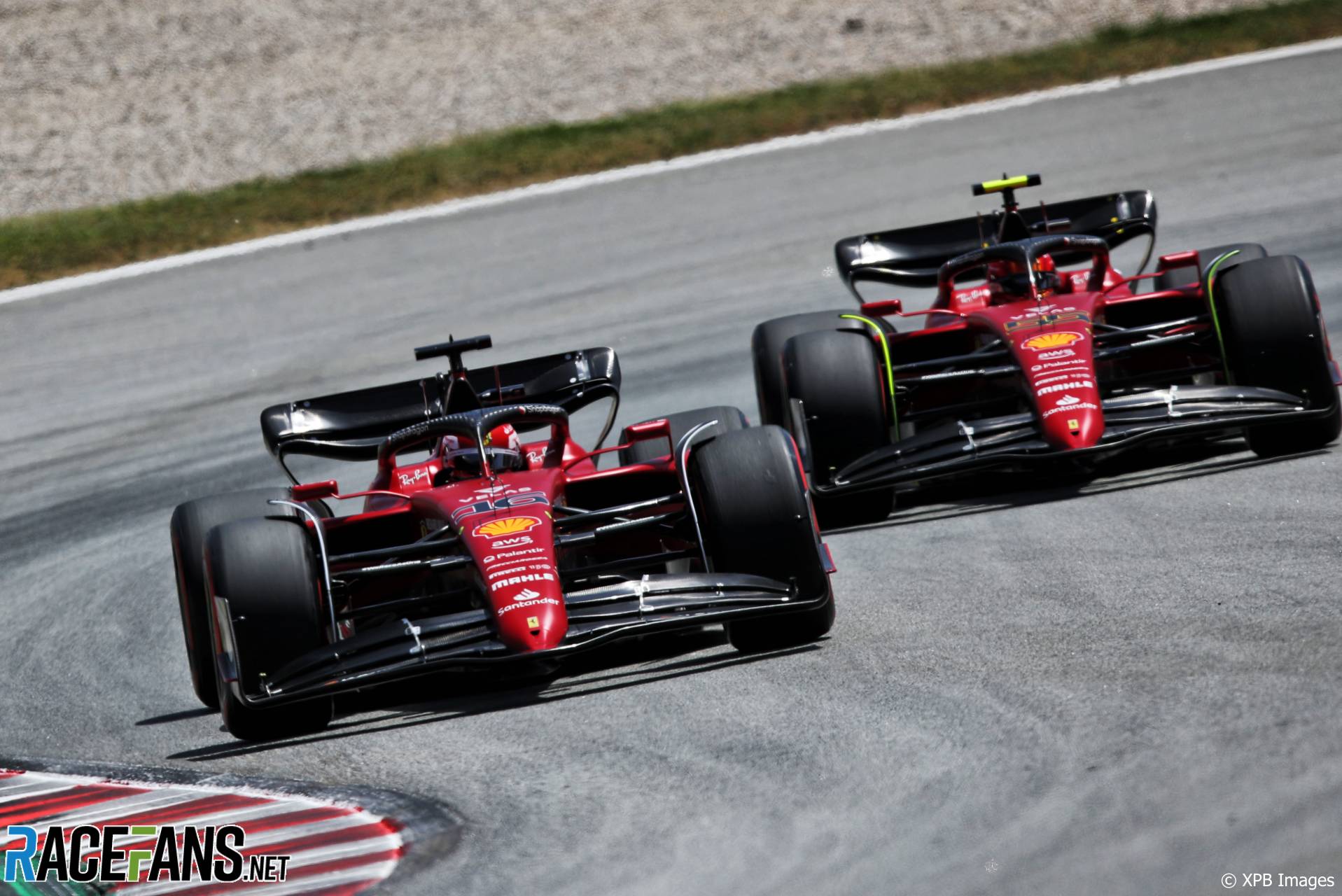 In their first season as team mates last year, newcomer Carlos Sainz Jnr surprisingly out-scored incumbent Charles Leclerc. The latter flipped the result this season. Was this a case of ‘normal service resumed’?

Not quite. Indeed, 2022 was arguably a more promising campaign for Sainz on the whole, even taking his early setbacks into account. He was never able to make up the deficit which grew as he acclimatised to the F1-75, but ended the season looking much more of a match for his team mate.

While Leclerc and the F1-75 clicked immediately, Sainz couldn’t get comfortable at the limit in the car. They finished one-two at the season opener, but Leclerc was far ahead of his team mate when the Safety Car came out.

A spate of errors compromised four consecutive difficult races for Sainz. He spun out lap two in Melbourne, crashed out even earlier at Imola along with Daniel Ricciardo, hit the wall again during practice in Miami and ran off track during his home grand prix in Spain. Meanwhile, Leclerc was in the thick of the title fight with Max Verstappen – at least, until his turbo broke.

Sainz began to get to grips with his Ferrari at the mid-point in the season, though it wasn’t always obvious as the team’s technical troubles and strategic miscues occasionally tipped the balance. That was the case in Canada, where Leclerc picked up the first of Ferrari’s many grid penalties for power unit parts changes, and in Britain, where he was on course to win until a late Safety Car period swung the race Sainz’s way, leading to his first and to date only victory.

Over the second half of the year Sainz was gave a better account of himself in qualifying, and grew frustrated at how often he came within less than a tenth of a second of taking pole position. With cruel luck, when he claimed one of his few pole positions at Circuit of the Americas, he was taken out at the start by George Russell.

By RaceFans’ measure, the qualifying score-line between the two was identical to last year’s. In the races, however, Sainz fared better, evening up the score over the course of the season at rounds where both drivers saw the chequered flag.

This was due in part to Sainz’s forthrightness on the radio, which served him well on occasions when his team found themselves in two minds about what to do. In Monaco he made it explicitly clear he meant to avoid the trap of switching to intermediate tyres as the track dried out, and jumped ahead of his team mate by doing so. Leclerc suffered as a result of Ferrari’s tactical calls on several later occasions, though it’s by no means the case that he might have persuaded the team to make a better decision on every occasion.

Taking the season as a whole Leclerc undoubtedly was the quicker of the two Ferrari drivers. But if he felt relaxed about the competition from the other side of the garage at the beginning of the year, by the end of the season Sainz was increasingly keeping him honest. Leclerc may have reversed the points defeat he suffered last year, but Sainz improved his performance by other measures, and if he starts next season in more competitive shape the pendulum could swing back his way.

Qualifying results based on regular sessions only, not sprint races. If both drivers set times in Q3 that session is used to determine the winner, failing that Q2 is used, failing that Q1 is used, otherwise no winner is defined