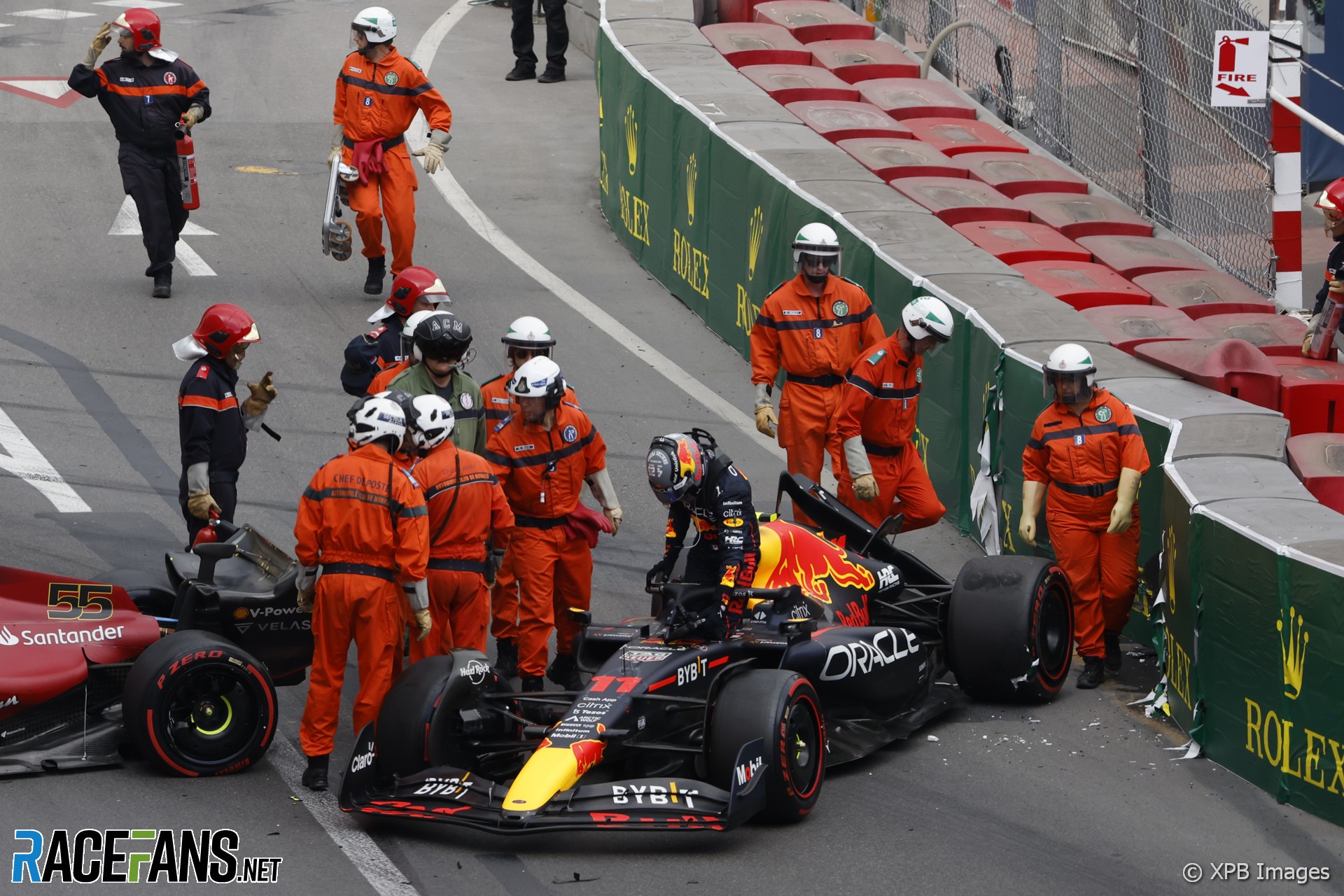 Sergio Perez has insisted he did not deliberately crash his car during qualifying for the Monaco Grand Prix, after speculation over the incident was prompted by the events of the last round in Brazil.

His team mate Max Verstappen refused an instruction by Red Bull to let Perez overtake him on the final lap of last weekend’s race. Verstappen declined to explain the reasons for his failure to co-operate. Asked whether it related to the events of Monaco, Verstappen said: “You can decide that. I’m not going to say.”

Perez hit a barrier at the exit of Portier during his final run in Q3. The crash meant other drivers were unable to improve their times and ensured Perez qualified third, ahead of Verstappen, both behind their Ferrari rivals.

He described how he was “chasing the lap time in Monaco” on his final effort. “You can review the whole lap. You can already see the line already in turn one, I’m just giving it everything.

“It’s the last run of Q3, and people just make mistakes, you know, and that’s really it when you are chasing the lap time. You can already see that from turn one I was playing with the throttle, because it was what I was losing the lap time, and you can see already into turn one that I nearly lost it already.”

Reports the team had investigated the crash internally, and that Perez had owned up to hitting the barrier on purpose, were false rumours, said Perez.

“That rumour is wrong,” he said. “That’s just speculation from the media out there and just people creating rumours. We are all aware of what was going on within the team and we want to keep everything within the team.”

The suggestions he might have crashed on purpose are “just part of the sport on the speculation people like to make” said Perez. “To me, this happened so many races ago that it’s totally irrelevant.

“I’m thinking about this weekend. I’m thinking about making sure the team is in good spirits because we’ve had a tremendous season, it’s been a hell of a year for Red Bull. And I don’t want any of this to take any enjoyment for any of the guys in my team. I think Max and myself we have a very strong responsibility to keep this united team going forward.”

Asked whether Verstappen believed he had crashed deliberately in Monaco, Perez said: “We have discussed what happened in Sao Paulo internally, and we have agreed that in the benefit of the team, this should remain internal what we discussed, within the team.

Red Bull issued a statement today acknowledging they made “mistakes” in how the they tried to enforce team orders in Brazil, having failed to raise the matter with their drivers beforehand. “We didn’t discuss any scenarios in that regard,” Perez admitted.

Having been told with six laps to go that Verstappen would give back his position if he was unable to make any progress, Perez was surprised when he didn’t.

“It was just like the last hundred metres of the lap that I found out that he wasn’t going to give me back the position,” he said. “It obviously was a bad feeling, but I think I’m able to put all of this behind us and my priority is to have a good environment to work on and to be able to trust my team mates, to trust my team, and that’s my priority.”

Perez said on his radio after the race that Verstappen “showed who he really is” by refusing to let him past. Those comments were made in the heat of the moment, he said today.

“Obviously Formula 1 is a very emotional sport and there is no other sport where you can speak yourself live. It’s only in Formula 1 that this happened. So there’s a lot of emotions going on in a lot of things you say.

“I obviously regret a lot of things that I said after the race because I’m back with Max in the relationship that we used to have and we are both and the team and everyone is ready to move forwards.”

Verstappen said today he will help Perez secure second place in the drivers championship this weekend. “Yes, I’m pretty sure I can count on him and on my team,” said Perez.