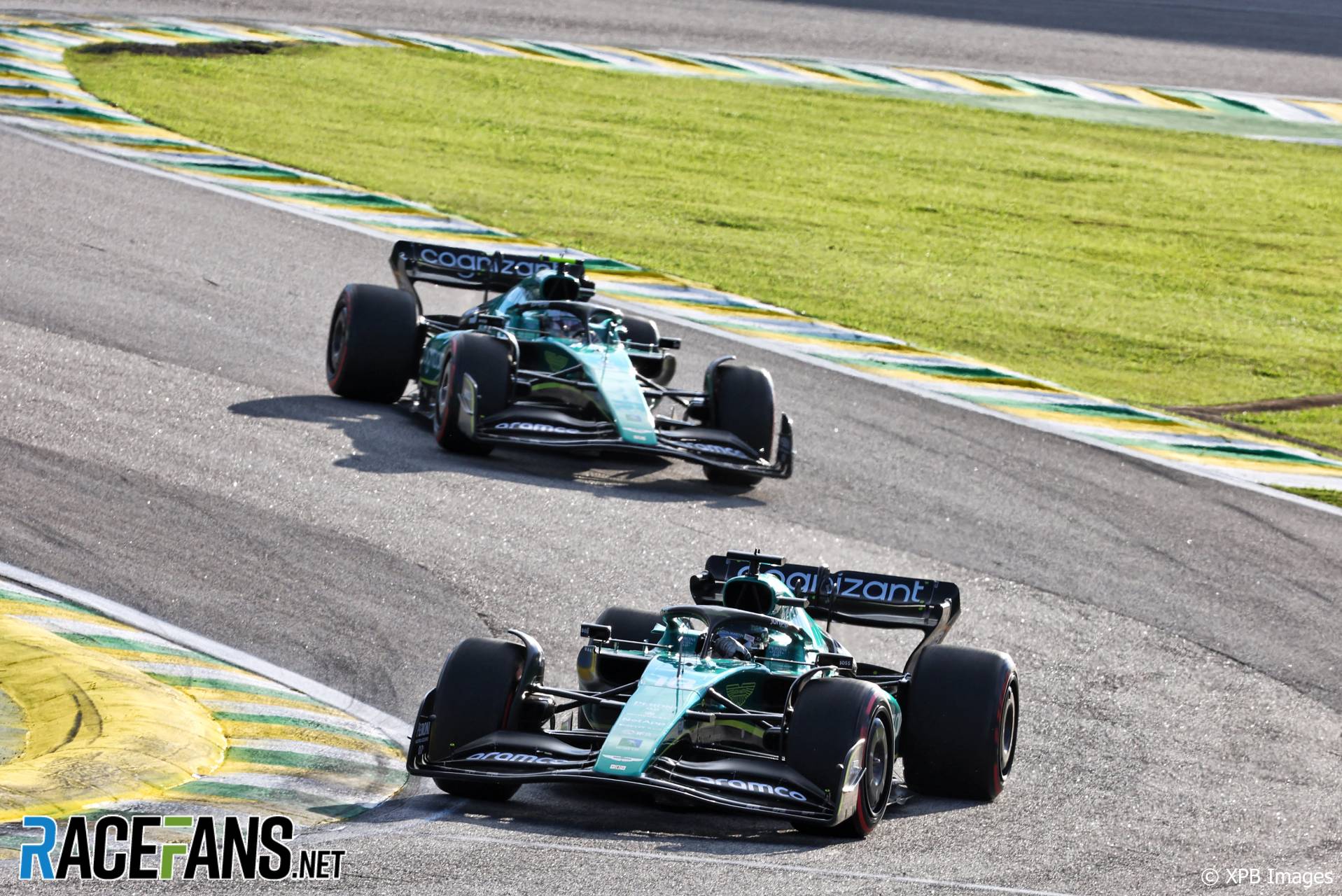 Lance Stroll has been given three penalty points for a move on team mate Sebastian Vettel which the stewards called “dangerous”.

The Aston Martin pair were involved in a close fight for position when Vettel attempted to overtake Stroll at the exit of turn three. Stroll moved across from the racing line, forcing Vettel to take to the grass with two wheels.

The stewards examined video of the incident and issued a 10-second time penalty to Stroll during the race. That dropped him from 12th place to 17th in the final classification.

They also handed him three penalty points which puts him on a total of eight. Drivers receive an automatic one-race ban if they reach 12.

Stroll was found to have violated articles 2b and 2e of Appendix L, chapter IV of the International Sporting Code. Parts of the relevant regulations state: “Manoeuvres liable to hinder other drivers, such as deliberate crowding of a car beyond the edge of the track or any other abnormal change of direction, are strictly prohibited,” and “it is not permitted to drive any car unnecessarily slowly, erratically or in a manner deemed potentially dangerous to other drivers at any time.”