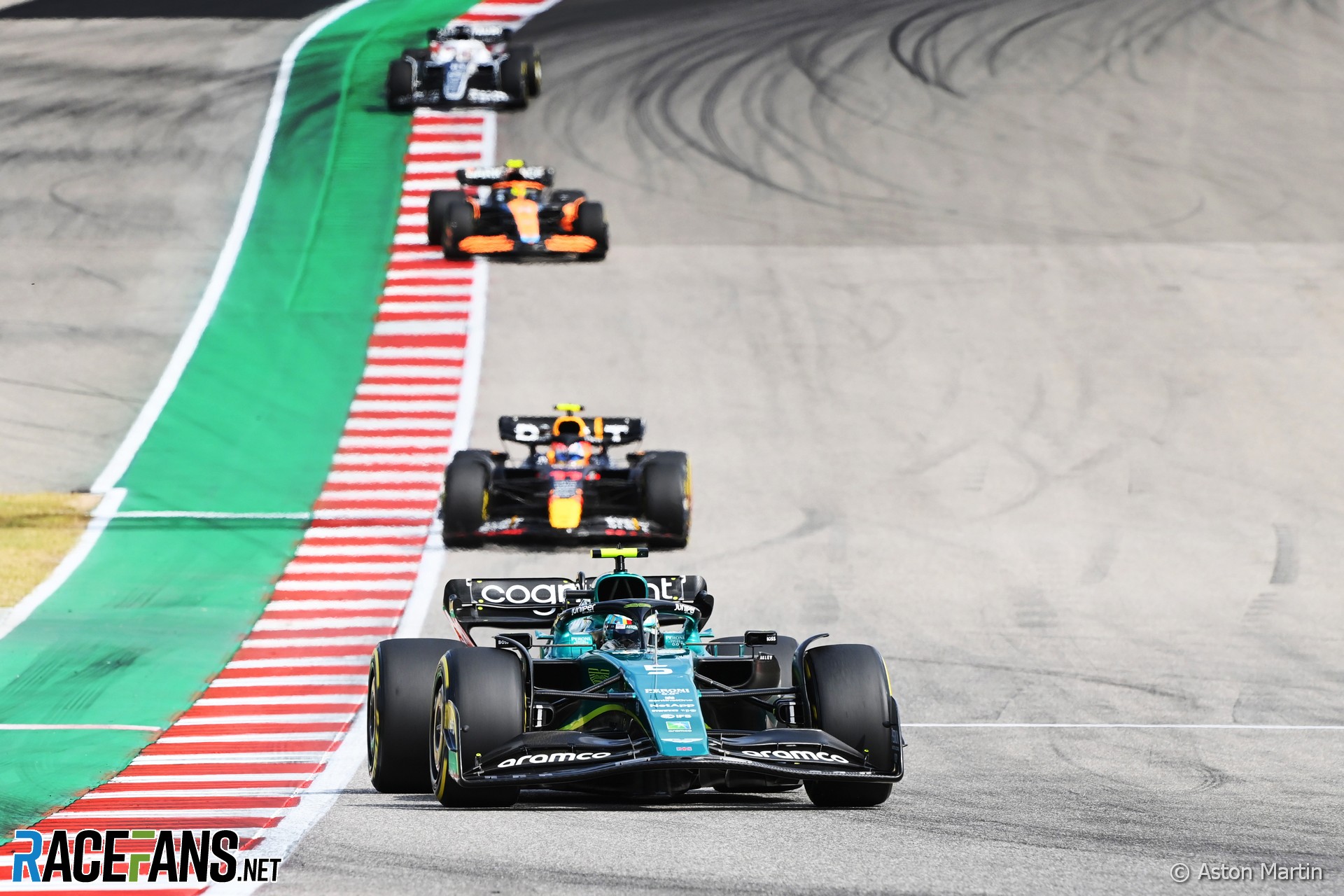 Having committed his future to Aston Martin next season, Fernando Alonso was initially upbeat about wrapping up his final season at Alpine. But his mood was grim after the last race in Mexico.

Smoke billowed from the back of his A522 as Alonso pulled to a stop during the latter part of the Mexican Grand Prix. Alonso, who had been running seventh, was visibly furious. Parking up at turn one, he climbed out of the cockpit, clenching his fists, his internal rage all-too apparent.

“For car 14, there is always reliability issues,” fumed Alonso as he spoke to us after car trouble halted his progress for the fifth time this year, once again when he was on course for points. This time it was a cylinder failure, which eventually became terminal with six laps remaining.

“It’s just amazing that only one or two cars retire at every race and it’s always car 14,” said Alonso after the race. “I blew up five engines this year, I think. The problem in the qualifying in Australia. In Austria, I didn’t even start the [sprint] race because of the blackout. So I think in 19 races, more or less 50% of the races, we haven’t scored the points we deserve.”

Compared to his team mate Esteban Ocon, who has retired twice this season in Silverstone and Singapore, Alonso has indeed had more than his fair share of bad luck. On top of those problems in Australia and Austria, he also retired from the Saudi Arabia Grand Prix and encountered more problems in Italy and Singapore.

Alonso estimates he’s lost “around 66” points due to car trouble this year. “And obviously, all the others benefit, so everyone scores two more than what they should,” he added. With two rounds to go, he lies ninth in the standings on 71, 11 shy of Ocon.

Alonso has a long-running relationship with the Enstone-based team, previously known as Renault, who he won the 2005 and 2006 championships with. But the team’s hesitation to agree a new deal with him earlier this year saw him pounce on the opportunity to join Aston Martin. The announcement caught the team on the hop when it was made the morning after the Hungarian Grand Prix.

Now committed elsewhere for 2023, Alonso seems less inclined to hold his tongue about his car’s shortcomings. “I think we are unprepared,” claimed Alonso. “I mean, the engine cannot finish the races. It cannot be bad luck when you have to change six or seven engines as we did and we’re still not finishing in the races.”

With an eye on his planned move for next year, Alonso added: “I think they have some job to do next winter, hopefully not too much, and let’s see.”

Aston Martin landed Alonso with the promise of a two-year deal. While their results on the track have not been spectacular this year, the driver noted the progress the team is making behind the scenes, particularly the huge investment in expanding and upgrading its Silverstone base.

Some gains are already apparent. When Alonso signed for Aston Martin they lay ninth in the championship, but have moved up two places since then and are just four points off taking sixth from Alfa Romeo. Meanwhile Alpine are struggling to put daylight between themselves and McLaren. It’s far from impossible Alonso’s current and future teams could end the season adjacent in the standings, having been five places apart just two months ago.

After the Spanish Grand Prix, Aston had a complete overhaul. The AMR22 had a new floor and an entirely new sidepod design, one that resembled Red Bull.

It’s taken a while for the team to tap into the potential of its concept change. But the new package helped tackle the porpoising problems they encountered and saw them make small steps closer to the midfield of the pack. Aston Martin’s performance director Tom McCullough explains that things should be on the up for next season too.

“We had two very different development paths through the winter,” explained McCullough. “We went one way, and we decided to go back following the troubles, mainly with porpoising and the bouncing over the bumps.

“The potential of the launch car was big but we didn’t get that to work as well as we wanted to, so we went a different route. Since then, picking that up, we’ve been steady, race-on-race we’ve been bringing small updates, but it’s all been iterating and developing that package.

“We’re very happy, there are some new people have arrived at the factory complimenting those who were already there. We’ve just been chipping away in a really solid direction. There’s been no ‘which way do we go?’ We just know which way we go and heads down and cracking on with them.”

After impressive performances in Singapore and Japan for Aston Martin, Lance Stroll qualified an impressive seventh ahead of the United States Grand Prix before being involved in a collision – ironically with his future team mate Alonso. Sebastian Vettel finished eighth and even led two laps of Sunday’s race.

“They’ve done a very good job from when we introduced the car in Barcelona, especially the high-speed performance,” McCullough added. “At the start, we were quite lacking with that concept change, but we’ve slowly been improving that as we saw in Austin.”

Aston Martin is also adjusting to the arrival of a swathe of new hires, including key appointments from rival teams. These include former Mercedes chief aerodynamicist Eric Blandin and ex-Red Bull head of aerodynamics Dan Fallows. McCullough describes them as “characters that fit that really well” within the team.

“Both Dan and Eric who have joined us are not only very talented people,” continued McCullough, but really decent human beings and very easy to work with. They’ve fitted in really well, complementing the team and working well with [them].

“I think that’s been shown by how we developed the car this year, there have been no hostilities, it’s just been heads down, this is the way we think.”

There will be more familiar faces in place when Alonso arrives. Pedro de la Rosa, who he worked with at McLaren and Ferrari, has been appointed an ambassador for the team, and Alonso’s former team mate Stoffel Vandoorne has been named a reserve driver.

With just two rounds left, Alonso doesn’t have long to wait until he can get his hands on the ever-improving green machine, which is expected to happen at the post-season Abu Dhabi test.

“He’s an Alpine driver and we do not want to share any information [before then],” notes Aston Martin team principal Mike Krack. “But the same is true for him.

“Let’s see when we can start to work together. Obviously, when he passes us by we ask ‘how are you?’ and all these things, but nothing more than that.”

Though 15 years have passed since his last world championship, and almost a full decade since his last win, Alonso is clearly still hungry for glory and prepared to race well into his forties. In Aston Martin he believes he has found a better bet for the future than his current team, and the gains they have made since then, plus Alonso’s continuing frustrations at Alpine, seem to have borne that out.

But if that turns out not to be the case, and Alonso’s longed-for return to the sharp end of the grid appears no closer in 12 months’ time, we may see the same frustrations boil over within the cockpit of car number 14.