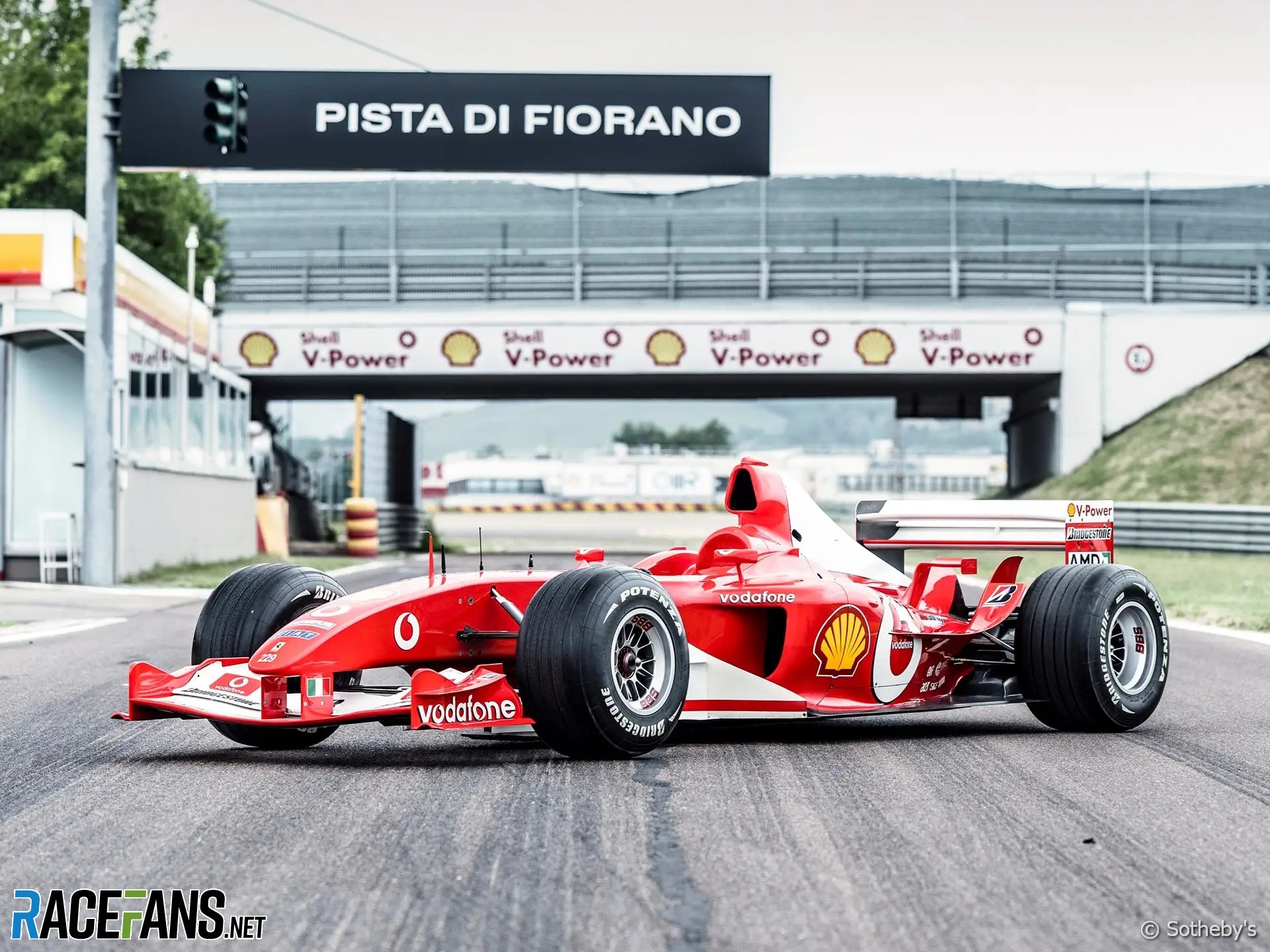 A Ferrari raced by Michael Schumacher when he won his sixth world championship has sold for $14.8 million (£12.6m).

The Ferrari F2003-GA, which Schumacher drove during the 2003 season, was sold in an auction arranged by RM Sotheby’s in Geneva, Switzerland. The auction house claims it fetched a record price for a “modern” F1 car, outstripping the $7.5m price a Ferrari F2002 fetched three years ago.

The car, chassis number 229, is the most successful of the six F2003-GAs Ferrari built. Schumacher took it to five wins in the Spanish, Austrian, Canadian, Italian and United States Grand Prix.

In total Schumacher raced the car on nine occasions, taking third places in Monaco and France, and fifth in the European Grand Prix. He also drove it in the season finale at Suzuka, Japan, where he scored the eighth place finish which secured his sixth of seven world championship titles.

That made him the first driver to win more than five titles, breaking the record set by Juan Manuel Fangio in 1957. Since then only Lewis Hamilton has matched that feat.

Chassis 229 was overhauled by Ferrari at its Maranello factory this year prior to its sale, since then its 3.0-litre V10 normally aspirated engine has covered just 238 kilometres (148 miles).

2 comments on “Ferrari that Schumacher drove to record-breaking sixth title sold for £12.6 million”