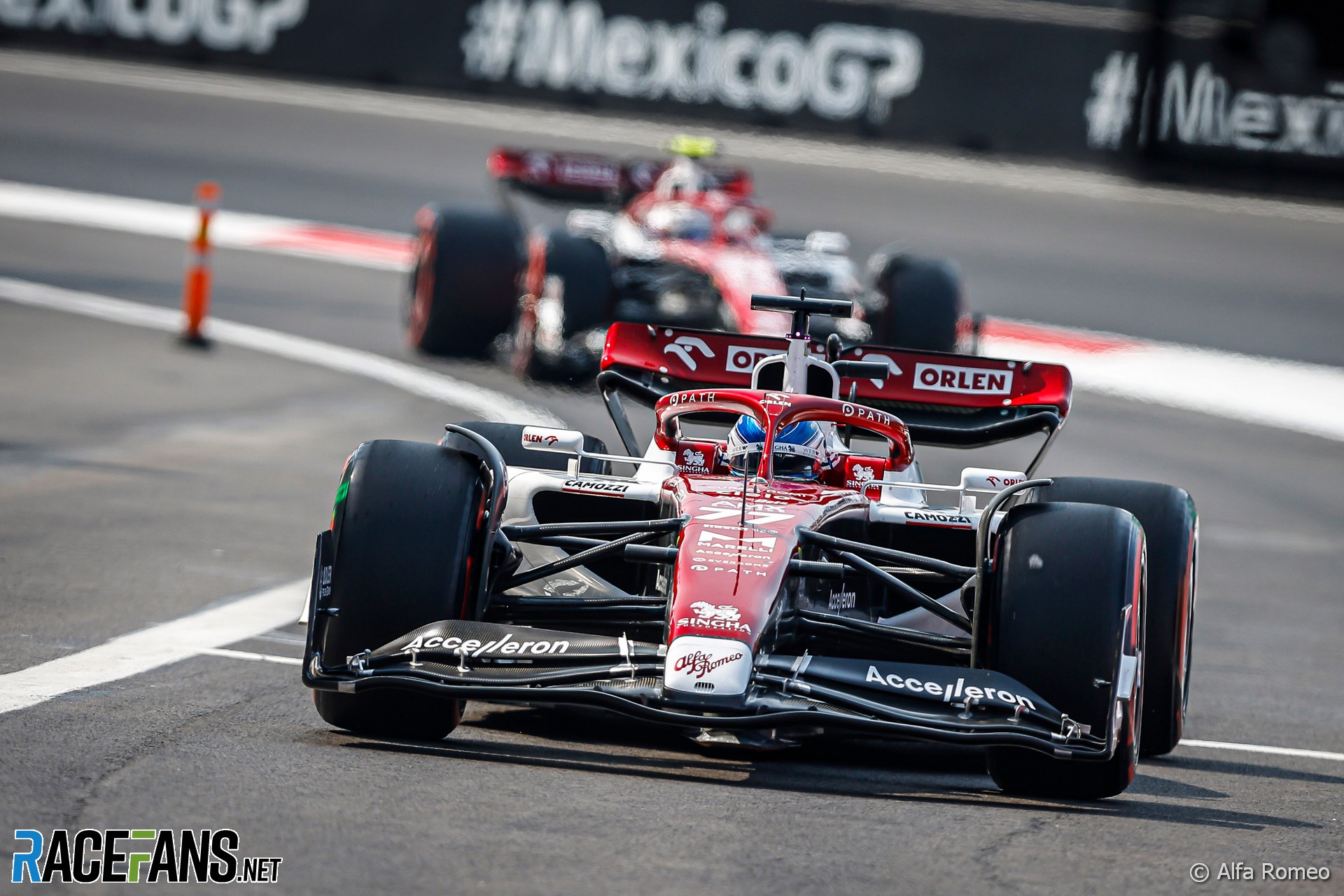 Alfa Romeo is pleased with the progress being made with their latest upgrade package but the team admitted they planned to introduce it sooner.

The team updated the area around the front wing for the Japanese Grand Prix, then a new floor arrived for the United States Grand Prix. However the team did not return to scoring points until the Mexican Grand Prix, the second time they had scored in 11 races.

Xevi Pujolar, the team’s head of trackside engineering, explained that Alfa Romeo was already “content” with their pace in low-speed corners, and the updates have increased performance in the high-speed sweeps of the last three tracks that have been raced on. He also cited Mexico City’s “smooth Tarmac” and layout suiting Valtteri Bottas as contributing to the team’s result at the track.

“The last couple of parts that we brought to the track have been working quite well,” Pujolar said at Mexico City. “The last event we wanted to have this package earlier, and it would have been easier to fight with the direct competitors, but we added a few events later.

“But now I think it’s good and the team, the motivation is high. And it’s important because we’re fighting for P6 in the championship. It was good to see the performance in qualifying, Valtteri and also Zhou [Guanyu].”

Bottas and Zhou qualified sixth and 12th but slipped back to finish 10th and 13th respectively in the Mexican GP. Although Bottas lost places at the start, Pujolar said Alfa Romeo have “made some progress” with the slow getaways that have plagued the team throughout the year.

He believes “everything is looking much different” for the team based on their recent competitivity and the fact they have finally been able to bring their upgrade from the factory to the race track. However he admitted the aimed to have the new parts on the car earlier than they did.

“Because of the production timings that we have got, [upgrading took] a little bit longer than the competition,” Pujolar said in response to a question from RaceFans.

“If you see the competitors, they brought a lot of upgrades before the summer shutdown. For us it took a bit longer. It’s not that we took longer to develop, I think the development was similar, our timings for production are probably a bit longer than some of the competition.”

“We did a step forward in terms of performance and in terms of balance and I think that for the midfield fight, every single tenth is a mega push,” he said. “We are fighting together with the teams around us and for one or two tenths you can move from P8 to P18 and this is changing completely the face of the weekend.

“In the end, I think that perhaps we were a bit slow, but it’s also a matter of budget to bring updates. But it’s paying off now.”