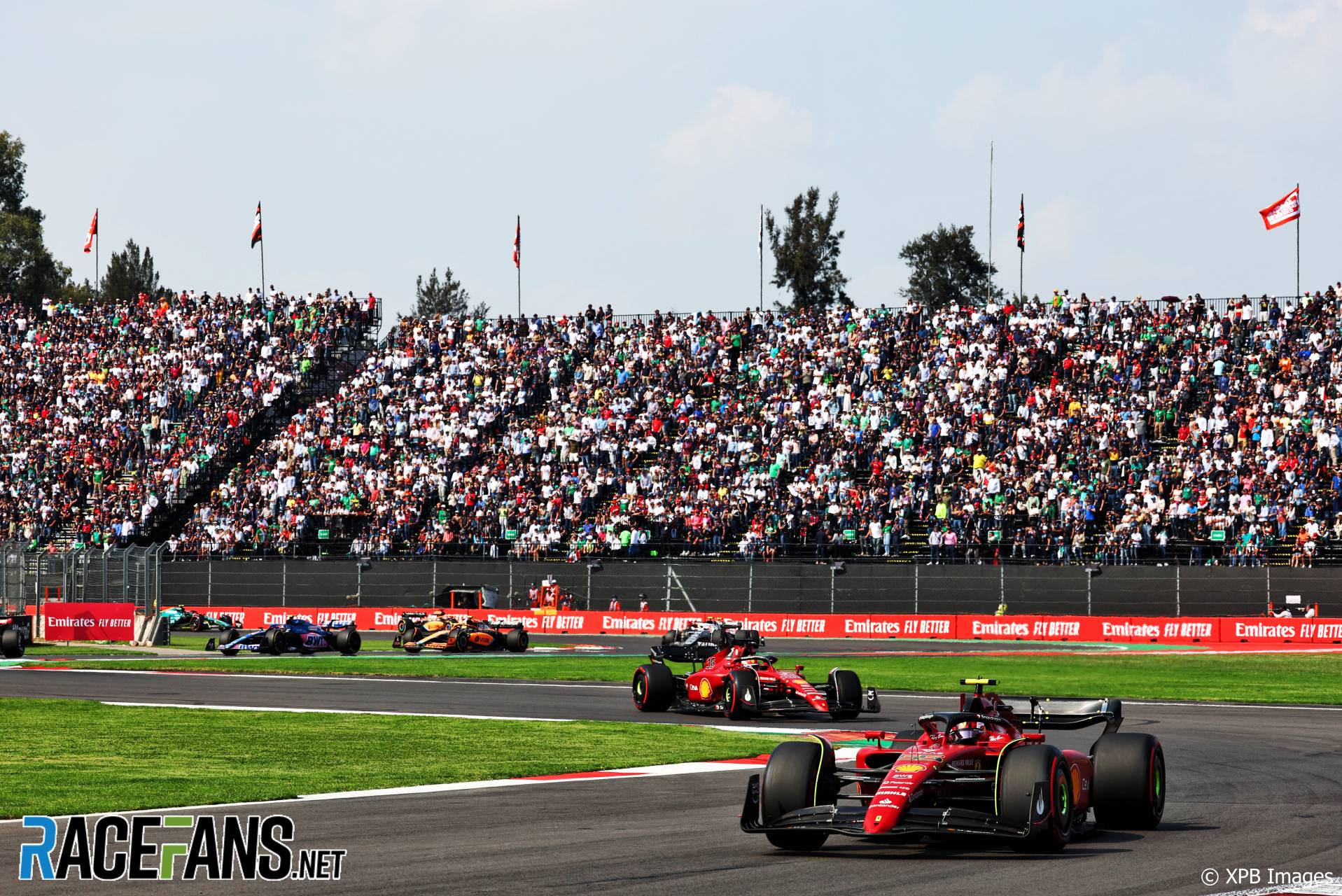 Ferrari’s poor performance in the Mexican Grand Prix was caused by an inability to use full power as well as other handling problems, team principal Mattia Binotto revealed.

Carlos Sainz Jnr and Charles Leclerc qualified fifth and seventh, then finished a distant fifth and sixth, both around a minute behind race winner Max Verstappen.

The team’s cars were the ninth-fastest in the speed trap. Ferrari is believed to use a smaller turbo than its rivals which compromised their performance at the high altitude of Mexico City. The team experimented with reducing its downforce levels in a bid to increase its top speed but reversed that change before qualifying.

“We were running maximum downforce at the end,” said Ferrari team principal Mattia Binotto. “We tried to reduce it in FP2, but then we went back to the maximum downforce. So we didn’t try to mitigate by downforce level.

“But it’s true as well that in terms of turbo [we have], as we call it, maybe a little turbo. But yes, we are not as efficient or we didn’t have the capacity at least to run maximum power here.”

Ferrari lacked their usual pace in qualifying, lagging half a second off the pole position time. “Normally in the quali we are quite competitive,” said Binotto, “in the race I think it has simply emphasised the fact that we were not comfortable with the track this weekend. Our overall performance has not been great, no doubt.”

The team’s power deficit was only part of their problems in Mexico, Binotto admitted. “Of the pace in the race today, I think the compromise both of the [drivers] are mentioning, certainly in terms of power unit we were not at our best performance for the weekend, but I don’t think that’s explaining the most.

“So that’s part of the equation but there is more than that. There is certainly more than that, and that’s something on which we need to to look at. And there is not a clear answer right now.”

Both Ferrari drivers complained about the handling of their F1-75s. “The ride was not great, the balance was not great,” said Binotto. “I’m pretty sure if I’m listening to the drivers later on in the debriefing, they will tell me that the car was not turning.

“The reason why I think it has to be looked at, and we are not [with] a clear explanation right now.”

Ferrari did not expect the weekend to be as challenging as it was and Friday’s running masked their problems initially, said Binotto.

“I don’t think we knew that it would have been so difficult. I think after FP1 as well we didn’t realise it. I think it’s only later in the weekend that we found out that the performance was not great. Maybe as well the FP2 and the tyre testing didn’t help us in order to address the weaknesses and the car set-up.

“But I think at the end overall, first we didn’t certainly do a great job and certainly the circuit was not suiting ourselves. But we were not expecting it. We hoped that we could have been certainly a lot better and maybe competitive, but it has not been the case.”

He compared the team’s performance to the their lack of pace in the Belgian Grand Prix. “I think already in Spa it has been very similar, where we’ve been very slow and it was outstanding in terms of bad pace. And here as well, very similar, something on which we need to look at and try to react for the last two races.”

Ferrari remain second in the constructors championship but their lead over Mercedes fell to 40 points last weekend. Their Mexico result marked the first time they were off the podium since July’s Hungarian Grand Prix.