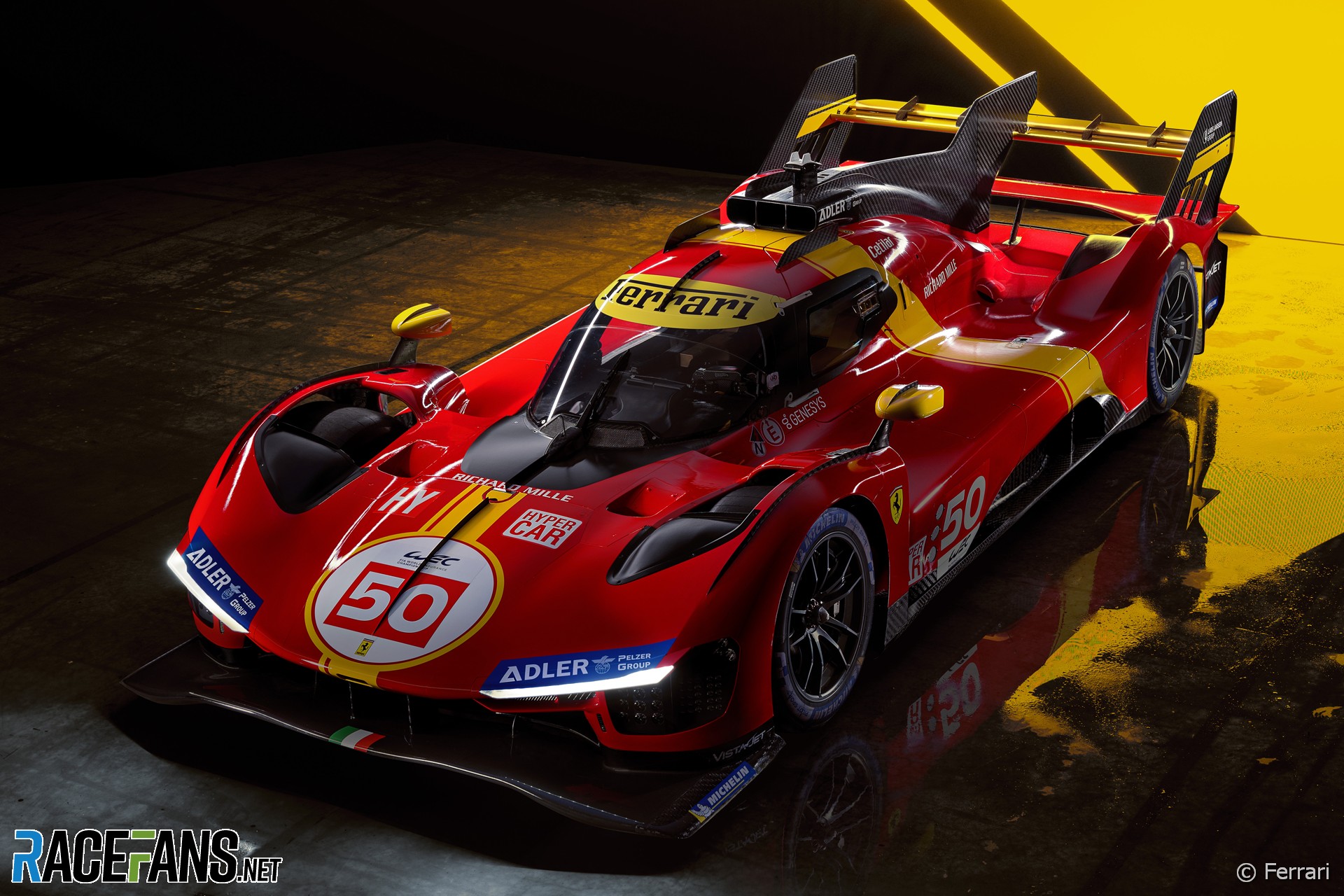 Ferrari have revealed their new car which will compete in the World Endurance Championship next year as the team makes its return to the top flight of sportscar racing.

The four-wheel-drive machine has been built to WEC hybrid-engine Hypercar class. A 200kW electric motor powers its front axle and a 500kW twin-turbo V6, based on the motor used in the 296 GT3, drives the rear wheels.

The purpose-built battery draws on Ferrari’s experience with Formula 1’s hybrid power units. The electric drivetrain is charged by deceleration and braking.

The 499P is named in the fashion of Ferrari’s past sport cars, with a ‘P’ designation denoting it as a ‘prototype’ and the digits referring to its power output.

The car will make its debut in the 1,000 Miles of Sebring in March, which begins the seven-round WEC series. It will contest the series’ blue riband race, the 24 Hours of Le Mans, in June, followed by Ferrari’s home round at Monza in July.

“The 499P sees us return to compete for outright victory in the WEC series,” said Ferrari’s executive chairman John Elkann. “When we decided to commit to this project, we embarked on a path of innovation and development, faithful to our tradition that sees the track as the ideal terrain to push the boundaries of cutting-edge technological solutions, solutions that in time will be transferred to our road cars.

“We enter this challenge with humility, but conscious of a history that has taken us to over 20 world endurance titles and 9 overall victories at the 24 Hours of Le Mans.”