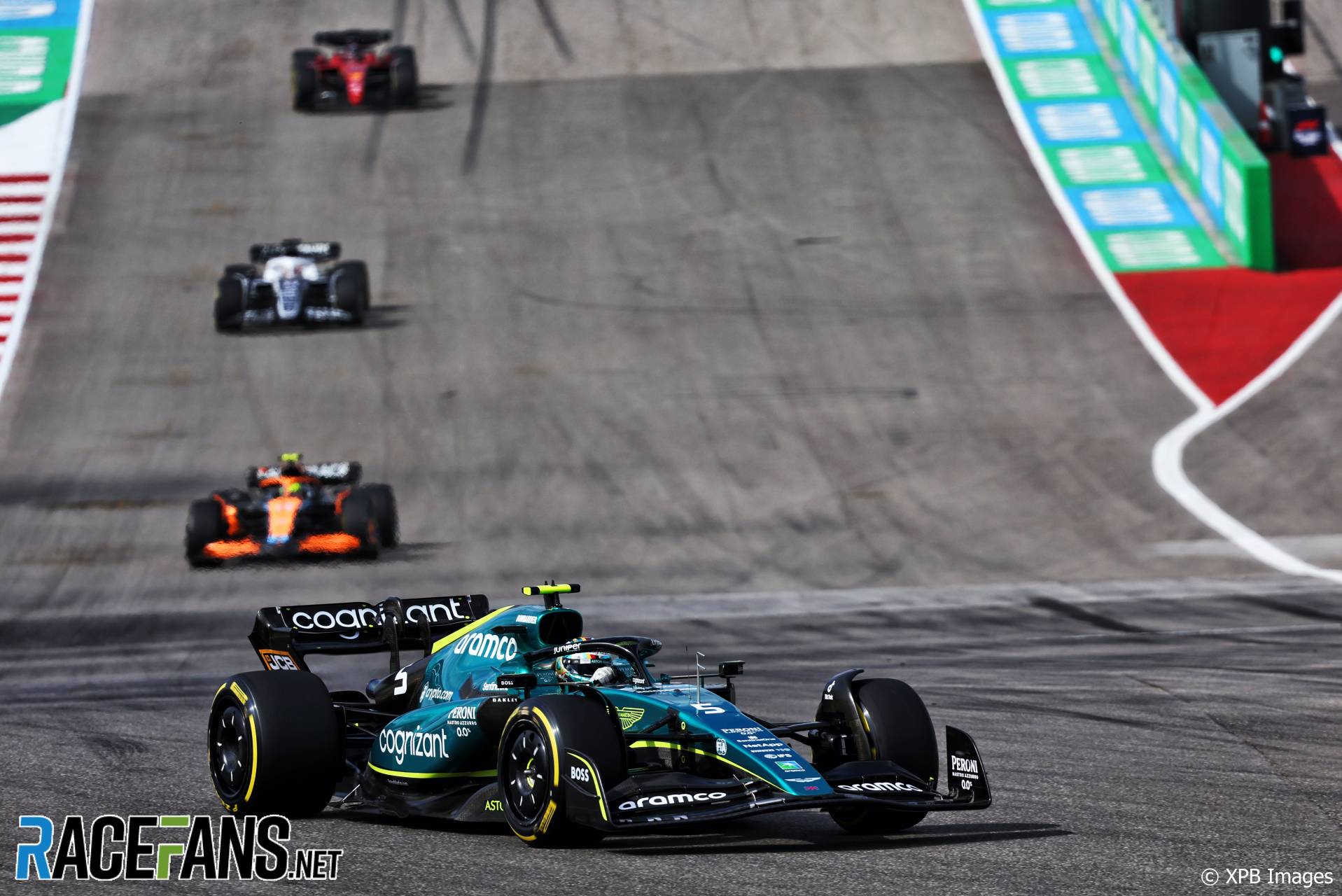 He and team mate Lance Stroll were fifth and third respectively after the first lap yesterday. However the team was unable to fully capitalise on the opportunity as Stroll went out in a collision with Fernando Alonso while Vettel’s race was compromised when he lost over 14 seconds due to a botched tyre change.

“Without the slow pit stop, we would have scored double the points,” said Vettel, who took the chequered flag in eighth place but was promoted to seventh by Alonso’s post-race penalty.

“But in return at least I had a fun race at the end and we could recover some points. The positive obviously is the points and the fact that the pace was quite strong in the race.”

Vettel passed Kevin Magnussen on the final lap of the race. He said he enjoyed his recovery drive “a lot” after his slow pit stop. “Obviously you’re racing for P8 and not P1, P2, P3 but I still had a lot of fun,” he said in response to a question from RaceFans.

“Unfortunately we didn’t have the pace down the straights to just pass comfortably. So I had to try something unusual, either on brakes or in unusual spots and I did, and it worked most of the time.

“So I definitely had some fun and I had some tight battles, especially with Kevin at the end, last lap, it’s a bit of a climax. He’s one of the most difficult ones to overtake in the entire field but he left just enough room.”

Having led two laps of the race after others pitted, Vettel admitted the performance of the Aston Martin in qualifying and the race was some he had “not really” been expecting.

“I mean, we looked after the tyres well, but I don’t think that’s the main factor. It was a total surprise to be faster than McLaren and Alpine today.”

Motorsport has been a lifelong interest for RJ, both virtual and ‘in the carbon’, since childhood. RJ picked up motorsports writing as a hobby...
Read more about RJ O'Connell, find all their articles and get in touch with them