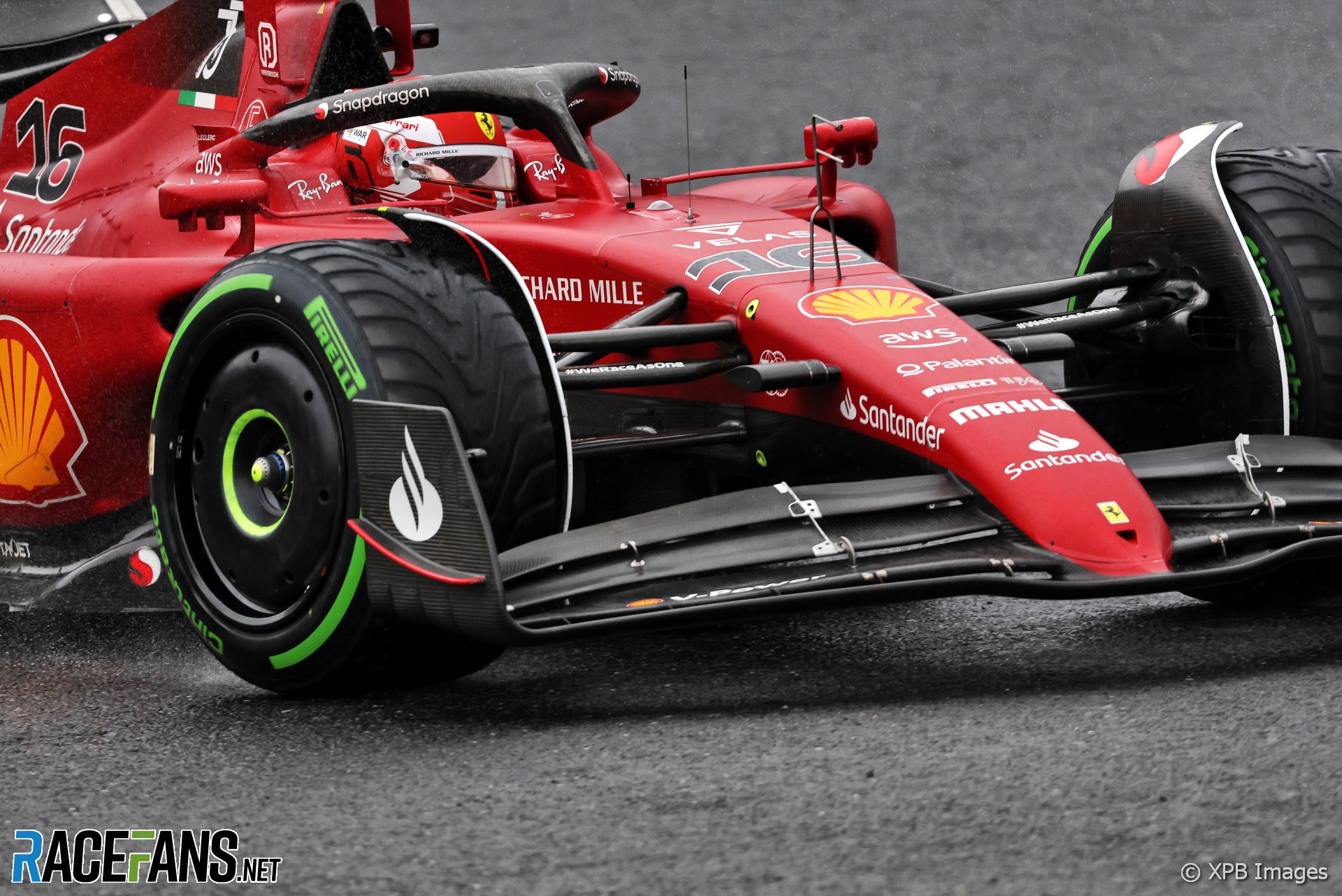 Once, the prospect of rain during a Formula 1 race always added to the intrigue and excitement surrounding a grand prix.

Changing conditions plus reduced and unpredictable grip levels increase the challenge and make it easier to appreciate which drivers have the skills to master their cars.

But in order for that to be true the drivers need to be on the track in the first place. That is happening less frequently when rain hits.

Last weekend’s Japanese Grand Prix was the latest example. A two-hour hiatus occurred when heavy rain fell at the track. Thanks to that, plus F1’s unnecessarily restrictive three-hour time limit, Japan’s enthusiastic fans saw barely more than half a grand prix.

“When it rained like it did when the red flag came out, and you would have put [full wet] tyres on, I think it would still be really difficult to drive,” he said. “But then if you compare that to 20 years ago, that would have been perfectly fine. So there must be a solution.”

Verstappen’s criticism of the wet weather tyres is borne out entirely by what happened on Sunday. Drivers left the pits to restart the race on full wets because they were required to by the rules. However as soon as the Safety Car headed for the pits they changed to intermediate tyres.

Two drivers even followed the Safety Car into the pits to change at the first available opportunity. This proved the correct decision, handing Sebastian Vettel and Nicholas Latifi gains of up to 10 places. The rest of the field made a beeline for the pit entry as soon as they glimpsed their rivals’ purple mini sector times.

This has become so commonplace the race director anticipated it happening, and issued a pre-race clarification to teams of how the rules regarding the mandatory use of wet weather tyres during rolling starts. (A pity no one thought to do the same with respect to the points system, but that’s another debate.)

This begs an obvious question: If F1 wants to force drivers to use wet weather tyres on safety grounds due to rain, why offer them an attractive alternative? To put it another way, what purpose does the intermediate tyre serve?

During the ‘tyre war’ years of the early nineties, teams first latched onto the potential performance gain they could find in damp conditions from a tyre which was close to a slick but with a very light tread. That would allow the surface to warm up more quickly and give better grip. Some teams even hand-cut slick tyres for this purpose, back when the rules were much looser than today.

That led tyre companies to add intermediate rubber to their ranges. It was a cost they were willing to meet when the reward was beating their rivals on-track.

But the tyre war ended 15 years ago and now Pirelli has only itself to beat. So why continue making intermediate tyres? Other series which have single tyre suppliers, such as IndyCar, only offer slicks and fully treaded wet weather tyres.

By doing away with intermediates, F1 could resolve its wet weather headache at a stroke. There may also be other benefits: As drivers would have to run on full wet weather tyres for longer in wet conditions, it would accelerate the rate at which the track dries out.

Pirelli would also be able to concentrate their wet weather tyre development on a single product instead of two.

It’s not a satisfying solution. Intermediate tyres offer better lap times and so it’s understandable drivers would rather have them.

Verstappen has offered to do the leg work of testing new wet weather tyres. Whether F1 feels it can justify the cost of additional wet weather tyre testing remains to be seen.

Something needs to change, however. F1 drivers have been asking for better wet weather tyres for years with little obvious sign of improvement. “Once there’s too much water, the inter doesn’t work any more and the [full] wet only has a very very narrow window where it works,” explained Sebastian Vettel eight years ago.

But the performance of the wet weather tyres is only one part of F1’s problem with running in the rain. By Verstappen’s admission, he largely did not suffer from the other part – visibility – as he spent most of the race in the lead.

The sheer volume of water thrown up by the current cars and wet weather tyres further limits F1’s ability to race in the rain. This has increased since 2017, when cars became 11% wider and – most significantly – the tyre widths grew as well. F1 cars produce even more rain in the spray than they once did.

The series has already indicated it will consider reducing the dimensions of its cars when the chassis regulations are revised in 2026. This may prove a better step towards enabling drivers to race in the rain than forcing them to use wet weather tyres.

51 comments on “Does F1 only need slicks and wets? The case for dropping intermediate tyres”