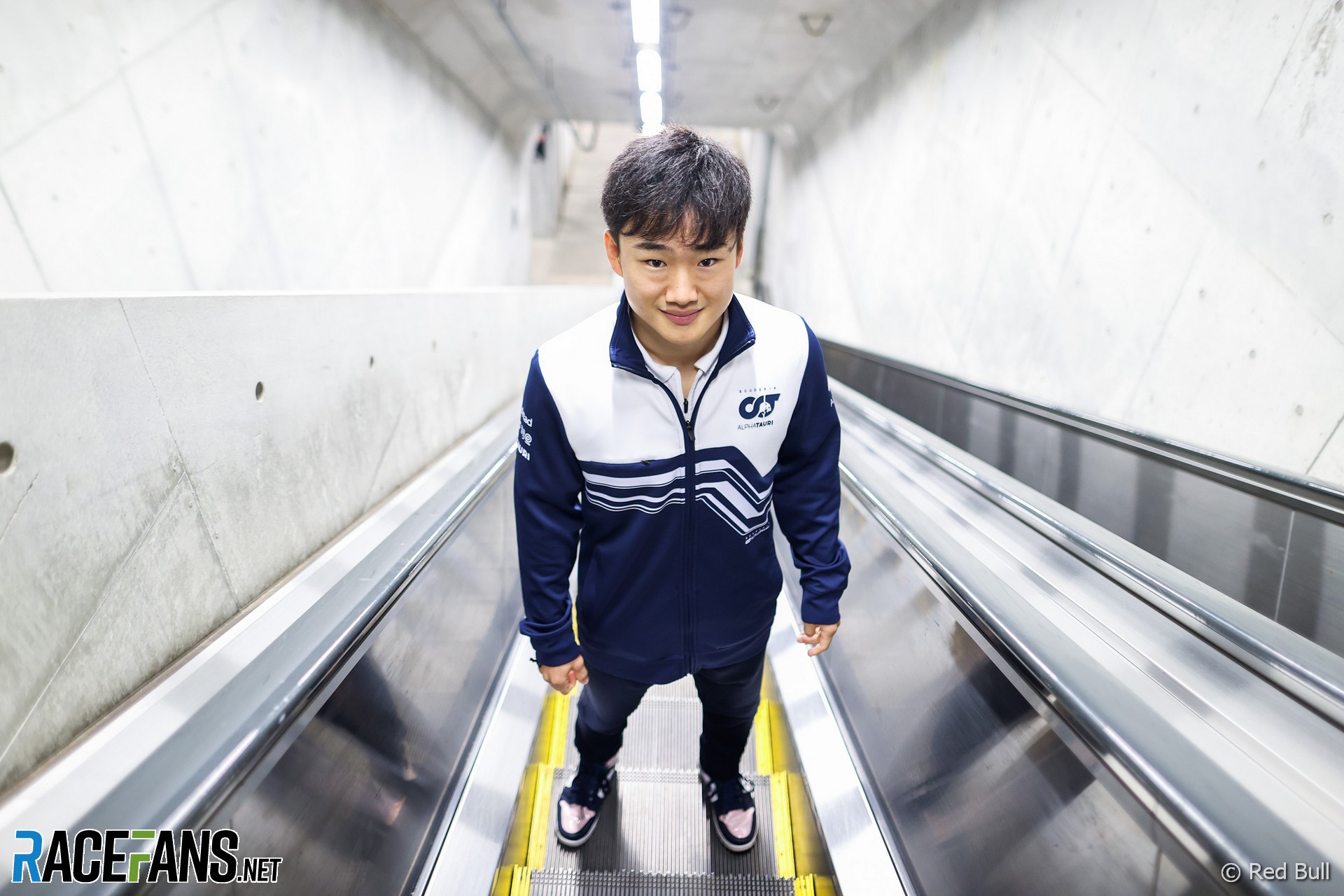 When Yuki Tsunoda scored points on his Formula 1 debut at the Bahrain Grand Prix last year – passing his father’s hero Fernando Alonso on the way – expectations were raised for the Japanese newcomer.

There were rumbles in the paddock that Red Bull’s Junior Team had spotted another new star. F1’s head of racing Ross Brawn was among those who lavished praise on AlphaTauri’s new hire, calling Tsunoda “the best rookie F1 has had for years.”

”We can all remember the glorious days of full grandstands at Suzuka and the passion of the Japanese fans,” Brawn added. “I think we are going to have that again, which is incredibly exciting.”

We will get to find out this weekend, as Japan plays host to round 18 of the world championship, F1’s first visit since 2019 due to the pandemic. However, in the intervening period, things haven’t gone entirely smoothly for Japan’s latest F1 driver.

He followed up that impressive debut by smashing his AlphaTauri into the wall at Imola during the first part of qualifying for the 2021 Emilia Romagna Grand Prix. He finished 12th, and later admitted the prang hurt his confidence over the following races.

Tsunoda crashed twice more in qualifying over the course of the first seven race weekends, prompting Red Bull Motorsport boss Helmut Marko to suggest he had been “too cocky”. Other mistakes confined him to 14th in the standings at the end of the year, with 32 points and a season-best of fourth in Abu Dhabi. Experienced team mate Pierre Gasly came ninth on 110 – nearly 80 points behind.

By Tsunoda’s own admission, he was “surprised” to be retained for a second season with the team because, as he put it, he “kept crashing” and costing the team a lot of money across the season. He noted Marko and AlphaTauri team principal Franz Tost warned him he must be more consistent and improve his discipline. With the latter in mind, the team relocated him to Italy, closer to their base, during the middle of last year.

Tsunoda became the first Japanese driver to race in F1 since Kamui Kobayashi, seven years earlier, after finishing third and top rookie in the 2020 Formula 2 championship. But while he has shown Red Bull that he can be quick, his inconsistency has remained a problem in his second season as an F1 driver.

After a series of incidents saw him reach a total of eight penalty points at Monza, Tsunoda vowed to avoid making “stupid moves” again. He needs to – if a driver reaches 12 points, it’s an immediate one race ban.

He had also collected a three-place grid penalty for failing to slow down under yellow flag during practice. “Of course, I’ll take care as much as possible to not do stupid moves,” Tsunoda said when asked about his growing penalty points tally. “The things a couple of times I did, unnecessary things – that yellow flag, for example – I’ll try definitely to stop those things.”

Despite his penalty points situation, Tsunoda has raised his game alongside Gasly in his second season. He may have slipped to 17th in the standings, but the car is not as competitive as last year. Tsunoda is three places lower in the standings than he was at this point in 2021, but team mate Gasly is also four places down.

Tsunoda’s had a difficult run of races, often due to bad luck. As a result, his latest contract extension hasn’t been as great a surprise for him.

“We were sort of talking about contract promises from Azerbaijan. It takes quite a long time, but I was focussing on my driving and the things I can control and finally they had a decision. So we are happy about it.”

What were Red Bull and AlphaTauri’s alternatives to Tsunoda for 2023? Red Bull’s junior programme includes a quartet of Formula 2 drivers – Jehan Daruvala, Liam Lawson, Dennis Hauger and Ayumu Iwasa – who all performed well this year. But with Gasly expected to move to Alpine next season, it appears Red Bull have favoured consistency by keeping Tsunoda.

With a new contract under his belt, Tsunoda knows what is expected of him next season and now has the opportunity to become the more experienced driver in the team. “Consistency, better consistency,” he said. “I think that’s the main target.

“Obviously, of course, keep this progression in terms of the pace in qualifying. And I think also I would say to increase the consistency in the race, I think giving more feedback, which Pierre is very good at.

“That’s the difference between me and Pierre especially in the race, for example, he talks much more than me, I’m really quiet. Well, quiet or [I] shout, whatever! But giving feedback more consistently to the team, more information, even small details.”

The excitement this weekend will be at an all-time high for the man from Kanagawa Prefecture, just west of Tokyo, as Tsunoda gets to race at his home grand prix for the first time – and at a circuit when he reckons he’s driven “more than 10,000 laps” during his time at Honda’s Suzuka racing school. This weekend, he has a point to prove.

Tsunoda has a new deal and the backing of a team which is not known for being patient with those who don’t perform. But 2023 must be the year he delivers consistent results if he’s to have any chance of becoming a regular Suzuka favourite.