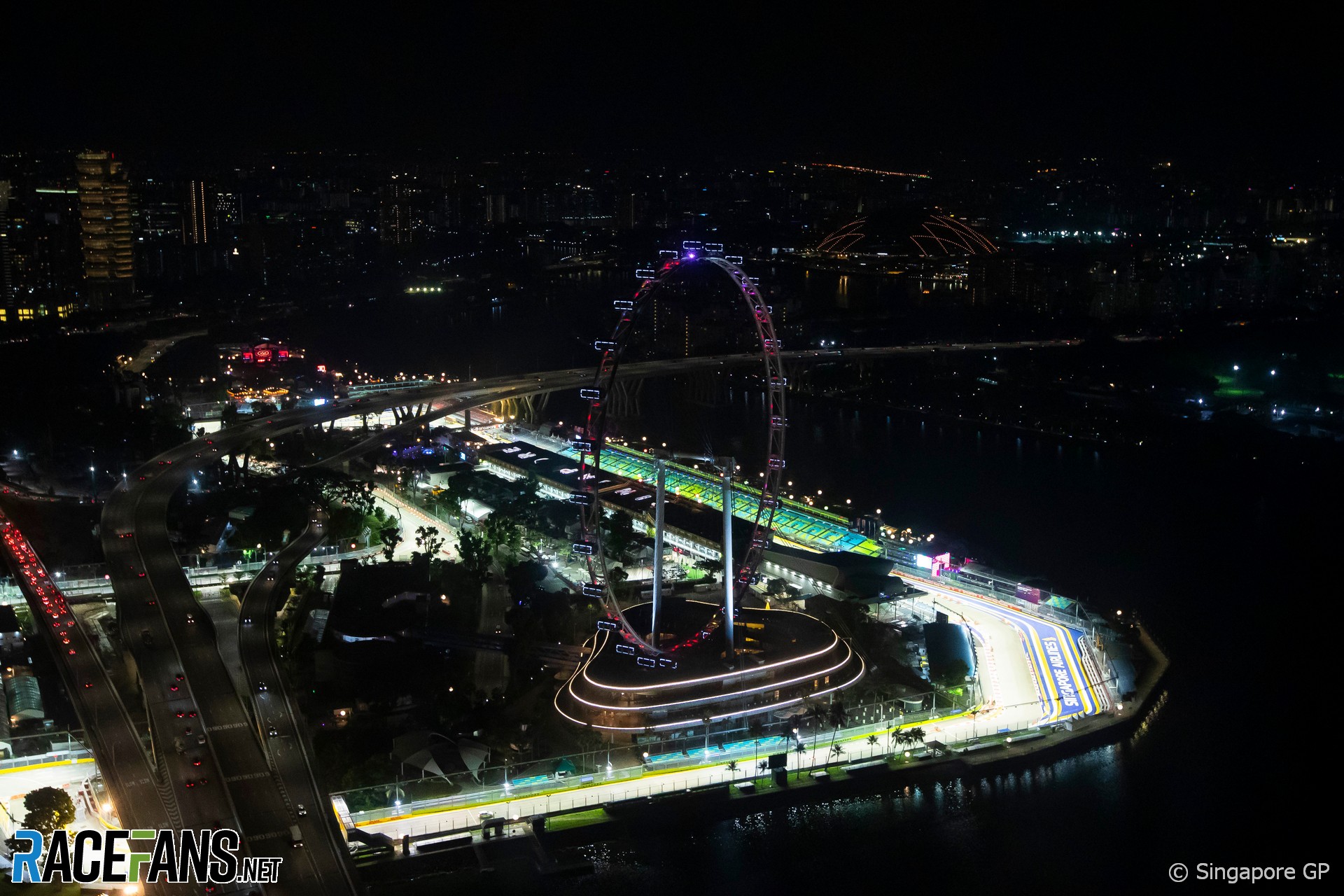 Formula 1 embarks on one of the most physically demanding races on the calendar at Singapore’s Marina Bay Street Circuit this weekend. The 20 drivers will be pushed to the limit over 61 laps on Sunday.

The five-kilometre track is punishing: bumpy and punctuated by repeated, severe braking zones. Combine that with the intense heat and humidity, and drivers can expect to lose as much as over 3kg in body weight throughout the night race.

The drivers have used the extra week afforded by the cancellation of the Russian Grand Prix to take extra steps to prepare. “Extreme situations call for extreme measures,” posted Carlos Sainz Jnr on social media as he peddled his bike in a sauna.

He wasn’t the only driver who felt the need to share their Singapore preparations with the world. Team mate Charles Leclerc posted three pictures of himself using an ice chamber to acclimatise to changes in body temperature. “How cold?” Lewis Hamilton asked. “As cold as hard tyres in Barcelona winter testing,” joked Leclerc.

Some drivers will have their first experience of Singapore’s special demands this weekend. One Singapore newcomer, Nicholas Latifi, was told what to expect by team mate Alexander Albon in a recent video published by Williams.

“It’s that kind of sticky weather, which isn’t nice. It’s that hairdryer-in-your-face one,” he began. “I think, because it’s a street track, it holds the heat more. So your eyes start burning with the fuel, plus the heat.

“Everyone manages tyres quite a lot because you can’t overtake, so it’s always like a one-stop and then when everyone pushes at the end of the race, it gets really tricky.”

Night races have become more commonplace on F1’s calendar, and Singapore’s was the first. Qualifying takes place at 9pm and the race is due to start at 8pm on Sunday. That means the drivers see very little sunlight across the weekend.

A majority of F1 personnel therefore endeavour to stay on European time. However this presents challenges to the human body as it adjusts to sleep at dawn.

Teams enlist a variety of doctors and physicians to minimise any negative effect upon their performance. Hamilton works closely with his physiotherapist Angela Cullen, who works alongside coaching experts Hintsa Performance. Dr Luke Bennett, Mercedes’ physician, outlined what is important when preparing for such a demanding race.

“It starts ideally with preparation before travel,” he explained. “Singapore is a little bit of a tricky case because we have this notion that we’re staying on a European time. It’s sort of not like that, but you will try to adapt.

“Looking at the daily schedule, you want the driver to maybe shift a couple of hours and they can do that effectively a few days before the travel.

“You want to select the flight appropriately, depending on what time of day to arrive and what their business would be.”

The team even go so far as to “drill it down to selecting which side of the aircraft you sit on, in terms of light exposure to different parts of the aircraft,” Bennett adds.

“We will then be talking about precisely when to be exposed to light when to wear sunglasses or not – when to maximise light exposure, when to seek darkness or heavily shaded room.”

As well as a well-balanced diet and exercise, Dr Bennett explained other supplements can be taken, like melatonin, a natural hormone that helps you control your sleep cycle. It aids rest by helping people fall asleep quicker and making them less likely to wake up during the night.

The kind of challenges presented by Singapore will be an increasing issue next year. The 2023 F1 calendar features a 24 races, and the new locations added in Las Vegas, China and Qatar will require teams to travel even greater distances.

For example, the flight time from Las Vegas to Abu Dhabi is over 19 hours, for rounds which take place on consecutive weekends. Granted, the new US race takes place on a Saturday night allowing teams to pack up a day earlier than usual, but the demands placed upon drivers and team personnel to pick up the entire F1 circus one more time and hauling it 19 hours across the world will certainly take its toll.

But Dr Bennett is confident the teams will be able to handle the demands of 24 races in 37 weeks by applying the lessons they’ve learned adapting to unusual races like Singapore – not to mention the disruption caused by the pandemic.

“The calendar has incrementally got bigger, so it’s not a case of a sudden adaptation,” began Dr Bennett. “It’s a case of fine-tuning year by year.

“Of course, we had the global pandemic thrown in the middle of where we effectively did a single 18-month season in some ways. So although next year’s calendar looks imposing, it’s probably just fine-tuning some of the things that we’ve learnt over the last five or six years.”

Despite F1’s efforts to regionalise the 2023 schedule, the championship will continue to criss-cross the globe. “It’s a very complicated beast,” says Dr Bennett. “We travel east, we travel west. The geographical logic is not necessarily there.

“Sometimes the best strategy might be to not adapt to the time zone, particularly with the engineers when they’re flying home on a Sunday night.

“But it might be just about optimising and surviving through a race weekend. It depends on what you were doing the week before, what you’re doing the week, two weeks after. No two annual F1 calendars are the same. It’s quite a bespoke design the way we approach this.”

As it stands F1 has hit the limit of races that can be add to the calendar. Future schedules could be organised in a way that eases the strain on the teams, but would that then be used as a justification to add even more events?