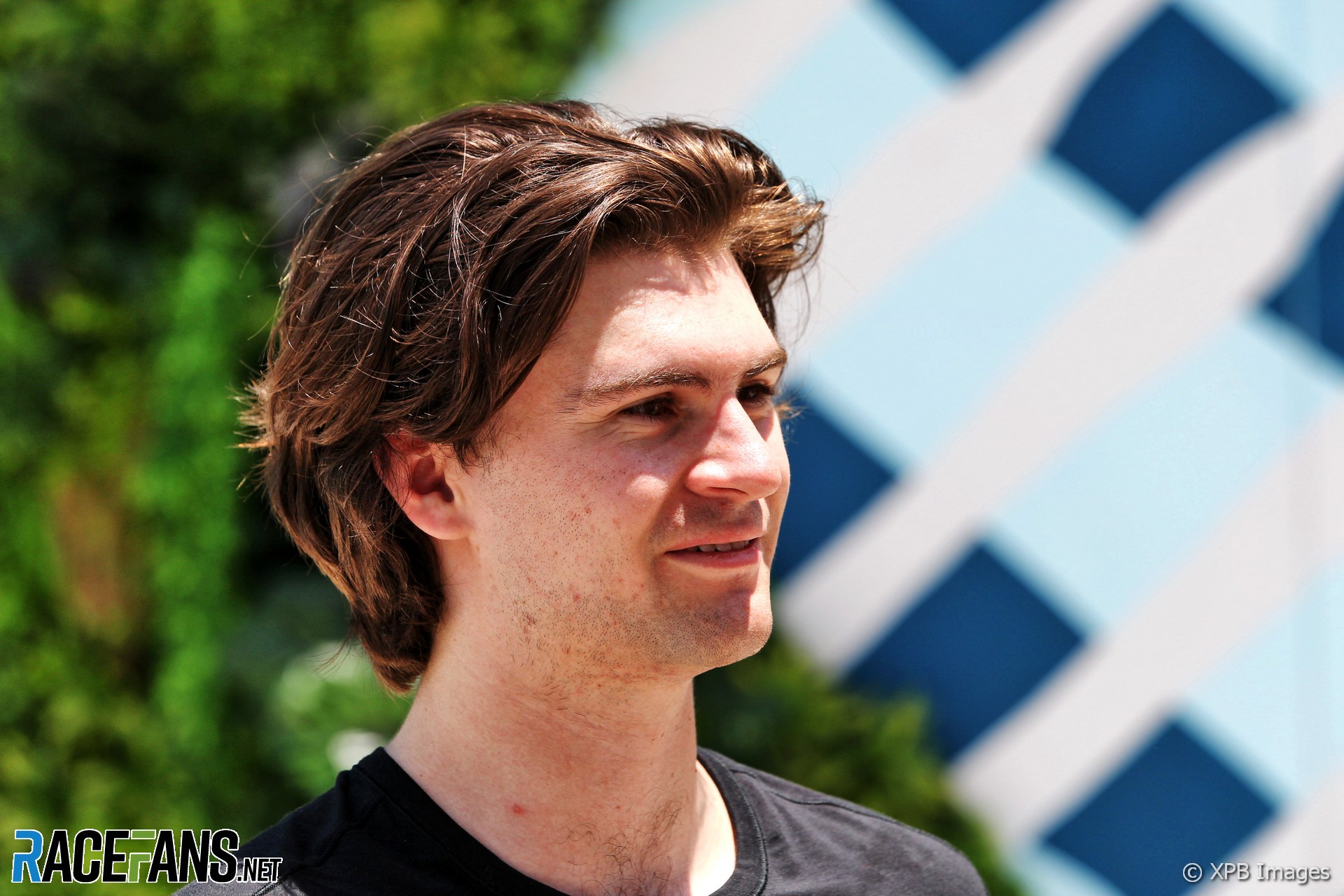 Colton Herta is expected to take part in his second Formula 1 test later this year as Red Bull continue their efforts to place the IndyCar driver at their junior team in 2023.

However Herta’s next F1 run is not expected to involve Red Bull, AlphaTauri or McLaren – who signed him as a test driver in March and ran him at Autodromo do Algarve in Portugal this July in a private test.

Herta is being lined up for a test at Alpine, potentially ahead of the next race at Singapore in two weeks’ time. Alpine is believed to be interested in the services of Pierre Gasly, who AlphaTauri team principal Franz Tost indicated last week could be released from his 2023 contract to make way for Herta.

“It is a decision from Red Bull which driver they will bring into the team,” said Tost. “But I think if it’s not Colton Herta, then Pierre Gasly will stay and nothing will change.”

However that depends on Herta, who does not currently have enough FIA superlicence points to race in F1 despite his seven IndyCar race victories over the past four seasons, being allowed to compete in the series.

“It’s a decision from the FIA whether he gets the superlicence or not, and I hope that FIA will take this decision as soon as possible so that we know how to build up the team and where to go for next year,” said Tost.

Several rival teams remain opposed to any kind of rules break to allow Herta to race in F1. Ferrari team principal Mattia Binotto said it would undermine the investment they have made in placing their junior drivers in series which the FIA values more highly than IndyCar.

“We are investing a lot in our Ferrari Driver Academy and continue to do so,” he said. “I think force majeure cannot be used for Herta. That will be a completely wrong approach.

“Regulations are in place in order to protect our sports and make sure that we’re making the right process and choices for our sport itself. So Herta may participate in the championship, [when] he’s got what are the requirements to do so and not differently.

“I think that’s very important and we will certainly over-view what the FIA will do in that respect. And I think each single team will do so because it’s for the importance of our sport. We cannot have force majeure or whatever are the situations, which is not a force majeure, certainly in that case.”

Herta fell to 10th in the IndyCar series this year, his lowest position since entering the championship full-time in 2019. He peaked at third in 2020.