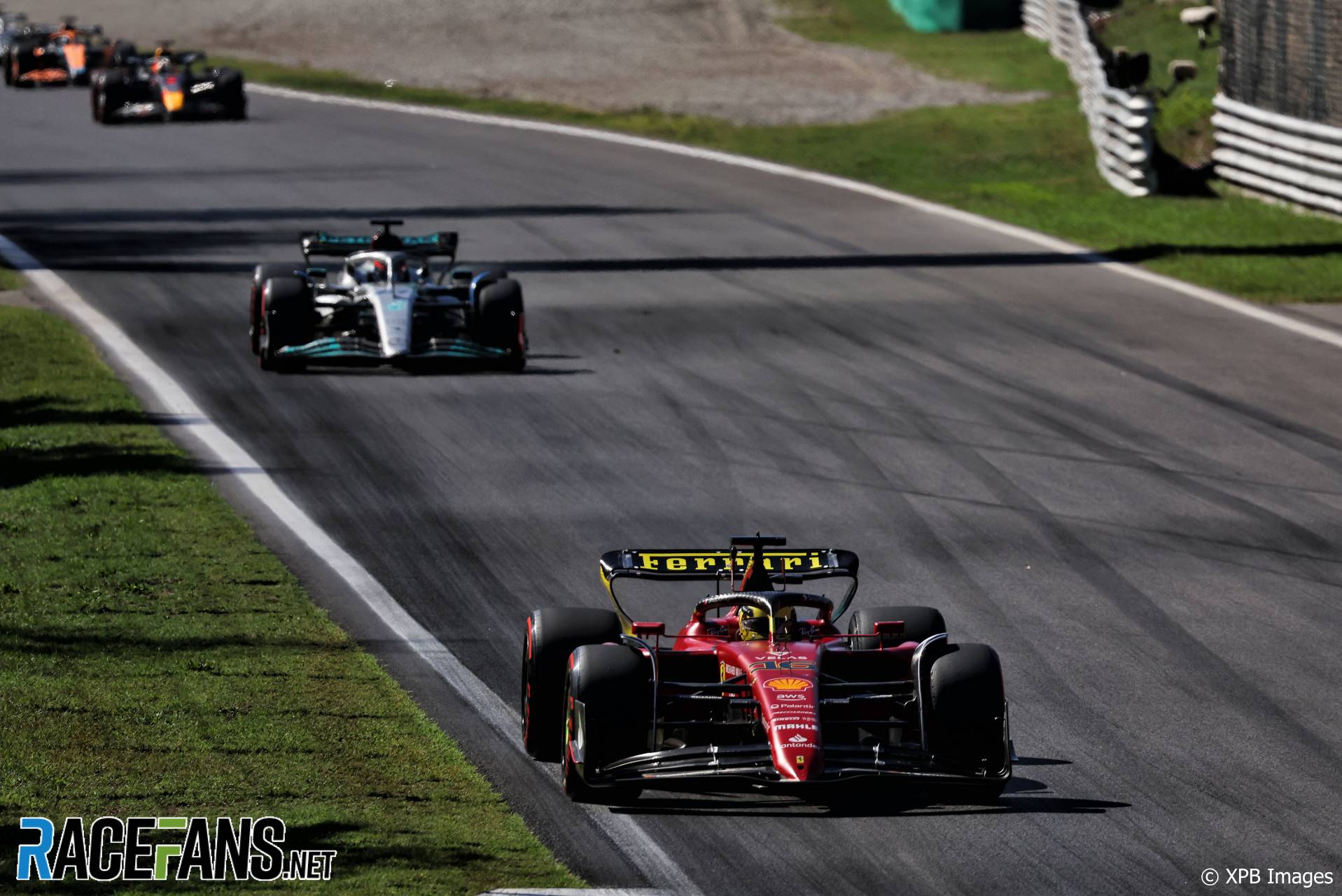 WhileCharles Leclerc failed to convert pole position into victory at the Italian Grand Prix, Ferrari drew encouragement from his margin over Mercedes, who were a significant threat in previous races.

Leclerc won his eighth pole of the season in qualifying at Monza, which team principal Mattia Binotto said showed that “the pure performance is still there” in the Ferrari F1-75.

But Ferrari knew preventing Red Bull’s Max Verstappen from coming through from seventh on the grid to take victory in the grand prix would be difficult, and their main concern on Sunday morning was their pace advantage would be over Mercedes’ George Russell.

It took until lap 12 for Verstappen to take the lead from Leclerc, who pitted when the race was put under Virtual Safety Car conditions. The stop dropped him to third place behind Russell, but he returned to the lead once the two in front pitted.

Leclerc’s advantage grew through his second stint so when he pitted again he stayed ahead of Russell, where he remained for the rest of the race. Verstappen always looked like he had enough pace and tyre life to hold off a late Leclerc attack, as Ferrari pitted him at different times to his rivals to try to win the race on strategy.

“Normally you win if you’ve got the fast car and you may only make it wrong with strategies and losing the race if you’ve got a fast car, with strategy. So I think today he [Verstappen] was faster, whatever has been the strategy he would have won. That’s the point.”

While Ferrari has attracted some criticism for its tactical decisions this year, Red Bull team principal Christian Horner said their attempt to take advantage of the VSC made sense, and his team were preparing to do the same until Leclerc came in.

Binotto said the strategy gave them the hope of being able to attack Verstappen later on. “Pitting and moving on the two-stop with Charles was not the wrong decision because you never know what may happen later in the race,” he explained. “You never know how bad tyre degradation may be [for] Max on the longer stint.

“If you look back at the car behind, for example, on George, the gap that Charles had at the end of the race on George was big and comfortable. So overall, it was not a risk, but a gamble that could have turned out into a positive choice.”

Leclerc had a 14.6-second lead over Russell before the Safety Car period which brought the race to an end. It looked like a step forward for Ferrari, as Leclerc had not beaten Russell in the previous four races and the gap between them in the championship had shrunk to 13 points.

Now Binotto thinks Ferrari has a better understanding of why Red Bull have pulled away and Mercedes have emerged as a greater threat to them on race days.

“The reason is something that we are looking at because we need to address it, if not for us this season, certainly for the next.”