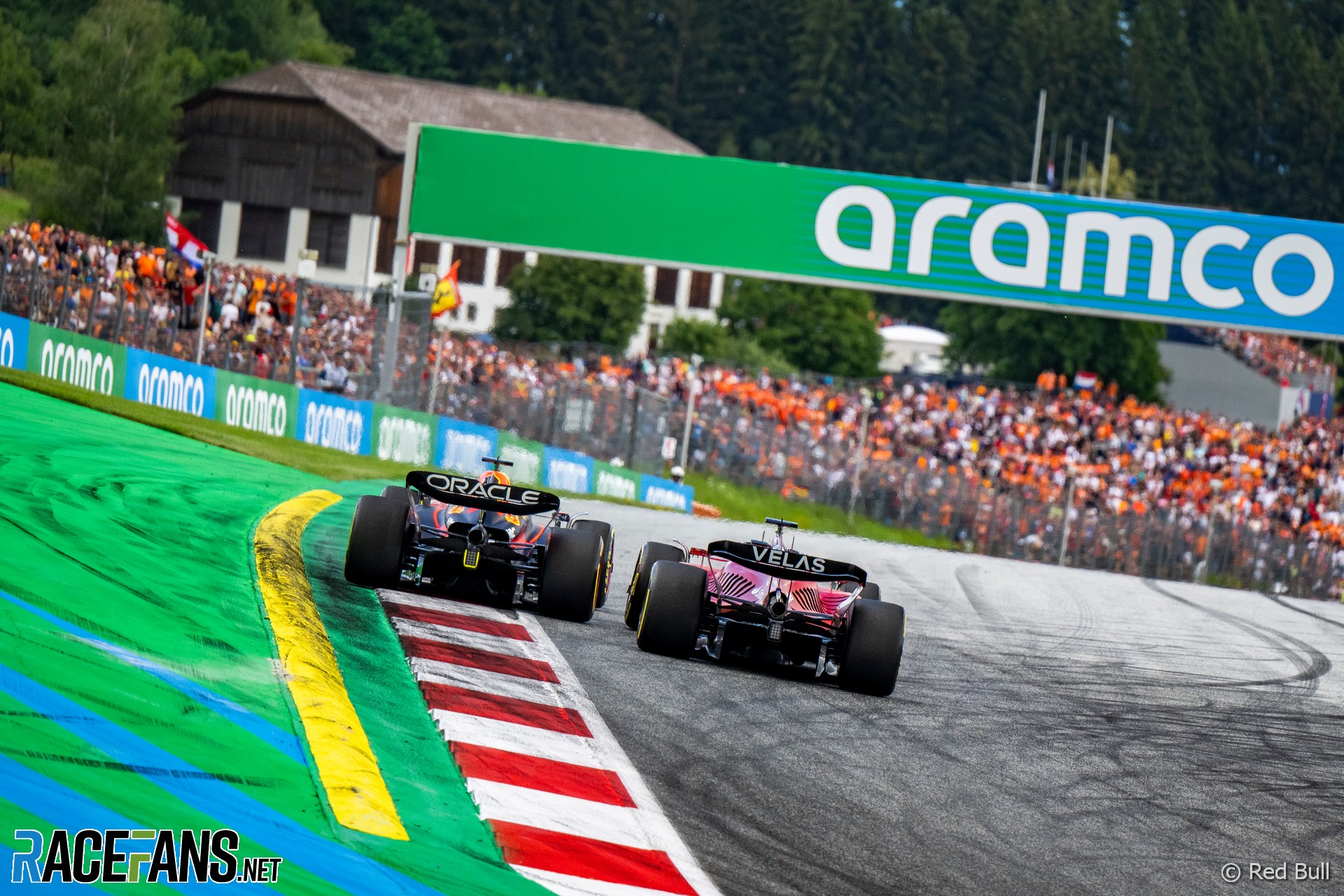 Formula 1 underwent one of the biggest technical revolutions it has ever seen at the start of the 2022 season, with the focus entirely on improving racing by making cars easier to follow than ever before.

Many critics were sceptical we would see much change in the on-track action. After being banned in the 1980s, ground effect cars were back in F1, with the sport’s bosses keen to see closer wheel-to-wheel racing. Yet as the sport enjoys some summer respite but the return to racing looms on the horizon, have the change in regulations achieved their targets so far?

Max Verstappen and Red Bull ended the first leg of the championship on a high and, with it, grabbed an 80-point lead over Ferrari and Charles Leclerc in the standings. Such is his lead, the Dutchman can now finish second to Leclerc at every race, including the final sprint race of the season in Brazil – albeit with some technicalities – and still win the title for the second season in a row.

Yet despite one driver holding a hefty lead on paper, it’s fair to say we’ve seen some exciting races across the season so far – a sign that perhaps the new changes have indeed been working. Even Lewis Hamilton hailed the British Grand Prix at Silverstone, which saw six more overtakes in 2022 than the previous year, as “reminiscent of the karting days.”

The aerodynamic changes also saw a new front-wing shape, as well as alterations to the rear, with 13-inch tyres scrapped in favour of bigger 18-inches – all designed to make cars race closer and, in theory, easier to follow. However, some tracks are proving easier than others, which is unsurprising due to the nature of the sport.

“The new rules? Yeah, I think they seem to be working,” came the assessment of Haas team principal Guenther Steiner ahead of the race weekend in Budapest.

“It is obviously a car in the wake of another one – there will always be a wake, we cannot get that one away – but it’s better than the old car, so therefore the drivers say ‘we can get closer’.

“We’ve definitely seen… I don’t know how many overtaking manoeuvres there are, but there seems to me there’s more overtaking going on. So I think they’re on the right step.”

Steiner’s view was reinforced later that weekend during an eventful Hungarian Grand Prix. In 2018, the same race had produced just 19 overtakes, with 31 the year after. In 2020, we saw 28 compared with 2021 – a wet-dry race – which produced just 16. Fast forward to the final race before the summer break in 2022 and the new regulations produced a striking 52 overtakes at the Hungaroring – a huge jump around a track considered one of the tightest and most technical on the calendar.

The drivers themselves have also been largely positive in their feedback. Speaking on the new regulations at the French Grand Prix, Leclerc said there had been a trade-off. “I think these cars are much better to follow for high-speed corners especially,” he explained, “but for the low speed it is not that different.”

After climbing his way from tenth on the grid in Hungary to ultimately win the race, Verstappen agreed with his rival Leclerc’s assessment.

“It was a bit better to follow but still very hard to pass,” said the championship leader. “I think you definitely needed a bit of tyre advantage or like people struggling on tyres or choosing the wrong tyre.

“I think all of that played a role in the opportunities of overtaking compared to, let’s say, if it would have been a sunny day. And I think then it would still be quite a bit of a struggle to pass.”

But despite the apparent increase in the frequency of cars passing each other, Formula 1 still runs into the issue of relying heavily on the Drag Reduction System to overtake, despite the technical regulations meaning cars generate much more downforce from the floor and underbody, rather of being hampered by dirty air over the body when following another car.

Verstappen admitted that F1 needs to do more to tackle the issues of overtaking when his DRS failed at the Spanish Grand Prix and he was stuck behind the slower Mercedes of George Russell, unable to pass.

“Well, if it’s not [on the car] anymore then we are just driving in a train,” Verstappen concluded. “I think I demonstrated that it’s really frustrating, so you need DRS at the moment with the cars.

“I do think the drag is a little bit less, you don’t have that slipstream effect like last year for example. And then you still need a DRS to be able to have a go into turn one.”

Speaking in Montreal ahead of the Canadian Grand Prix, Aston Martin’s Sebastian Vettel shared a similar sentiment. “Obviously, the cars have less drag, which means we have to follow closer as well otherwise we won’t make the overtaking,” he said.

“We still rely on DRS. Ideally, we find a set of regulations where we’re not relying on any assistance to overtake, but let’s not forget where we are coming from.”

But Hungary gave fans and statisticians alike another insight into the cars and how the new regulations are evolving. The porpoising and bouncing, which had plagued teams like Mercedes, seem to have been dramatically reduced in recent rounds and Hamilton and Russell have made a string of consecutive podiums.

Mercedes’ resurgence has only highlighted what drivers such as Lando Norris and Pierre Gasly have pointed out as being arguably a more important issue – the lack of competition at the front with midfield teams virtually never able to break through onto the podium. Even Hamilton had to accept that the gap between those at the front and the rest of the pack had widened this season.

“The rule change I think has been positive in many ways,” Hamilton said. “However, it’s not necessarily really changed the order as such.

“If you look, there’s always been two teams most likely at the front and there’s been that middle-pack gap and even coming into these new rules, regulations, you’ve pretty much seen that same thing. So I’m hoping that the rules progress and improve and the teams can all be a little bit closer.”

Wheel-to-wheel racing is set to resume when racing gets back underway next weekend for the Belgian Grand Prix at Spa-Francorchamps. If the current patterns are anything to go by, the only way is up for on-track action in Formula 1.