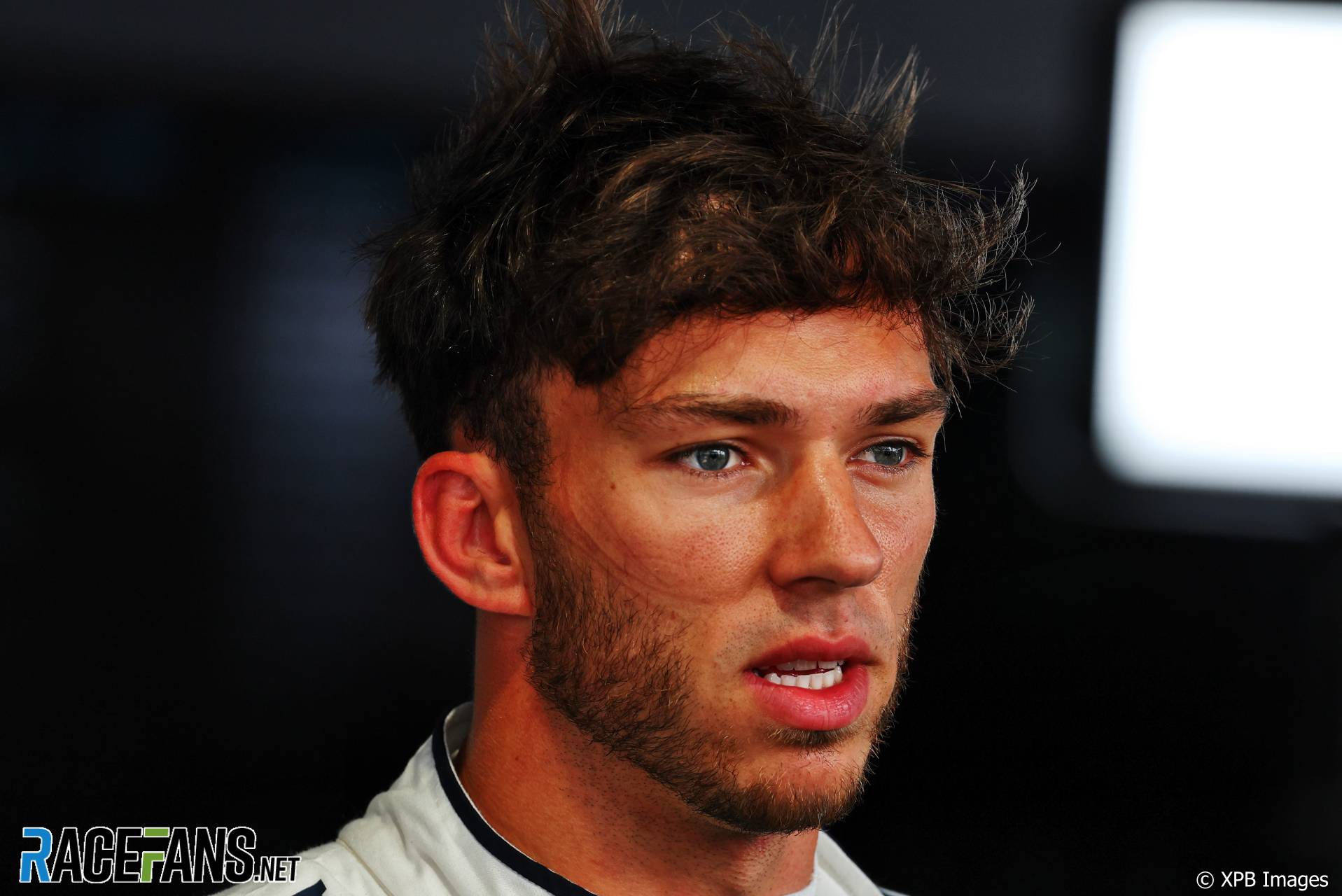 Pierre Gasly had a lengthy discussion with Formula 1’s race directors about track limits policing after his qualifying for the Hungarian Grand Prix was ruined by a deleted lap time.

The AlphaTauri driver’s fastest lap in Q1, a 1’19.116, was deleted due when the stewards ruled he had exceeded track limits at turn five, leaving him only 19th on the grid. His team mate Yuki Tsunoda and Haas’s Mick Schumacher were found to have committed the same violation.

A fourth driver, Sergio Perez, was initially ruled to have gone wide at the same corner. On further inspection of additional footage of the incident, the stewards changed that decision and reinstated Perez’s deleted lap time.

Gasly insisted he had also remained within track limits. The decision against him compromised his race weekend: Facing a start on the back row, AlphaTauri chose to change power unit components on his car and start him from the pit lane, from where he finished a lapped 12th.

Before the race, Gasly had a lengthy discussions with members of race control. “Based on what’s happened I was still quite mad about it because from what I’ve seen and the image that I’ve seen, it’s very arguable whether I was on track or off track,” he said after Sunday’s race.

“Similar things happen to Yuki and Checo [Perez], and from the onboards they were clearly on the track. But anyway, that was it.”

Perez, who was at the heart of another track limits mix-up in Austria three weeks earlier, said the incidents show “the system is not really up to it, we have to review it and see how we can move better forwards to have some more consistency.” Gasly echoed his view: “We either have the right tools to police it in the first way, or in that case you should not do it,” said the AlphaTauri driver.

Gasly said his discussions with F1 race directors Niels Wittich and Eduardo Freitas indicated further improvements to the system are under consideration. “I spent 40 minutes with Niels and Eduardo this morning trying to discuss, and find a way that everybody is happy,” said Gasly on Sunday.

“At the moment they have a huge amount of work, they’re not making their life very easy. Clearly in this turn five they didn’t have the right tools to police it in the most fair way possible. We just spoke about solutions going forward to have first a more consistent way of policing it, and making sure it’s going in the right direction.

“They were quite open, I think they’re expecting feedback, and I’ll get back to all the drivers as well to see if over the next few weeks we can just try to find a way to also provide some solution for them to make it better.”

Gasly explained that in his case the FIA had used CCTV, his helmet camera and the automatic sensors to judge whether he had remained within track limits. He believes the fact his helmet camera was in use at the time of the incident “didn’t allow any other camera basically to check whether I was on track or not.”

The footage used to determine his penalty was “arguable,” Gasly added.

He indicated F1 may bring in additional equipment to monitor track limits in 2023. “That’s what we discussed,” he said. “I know that for next year they’re already looking at different options, but unfortunately I was the one paying the consequences of this happening.”

Some series that raced at the Hungaroring earlier in their year installed additional track limits cameras at key points. F1’s next grand prix takes place at Spa-Francorchamps, a venue which holds endurance races and therefore has developed a working system for track limits policing at night and in foggy conditions with a combination of static and in-car cameras.