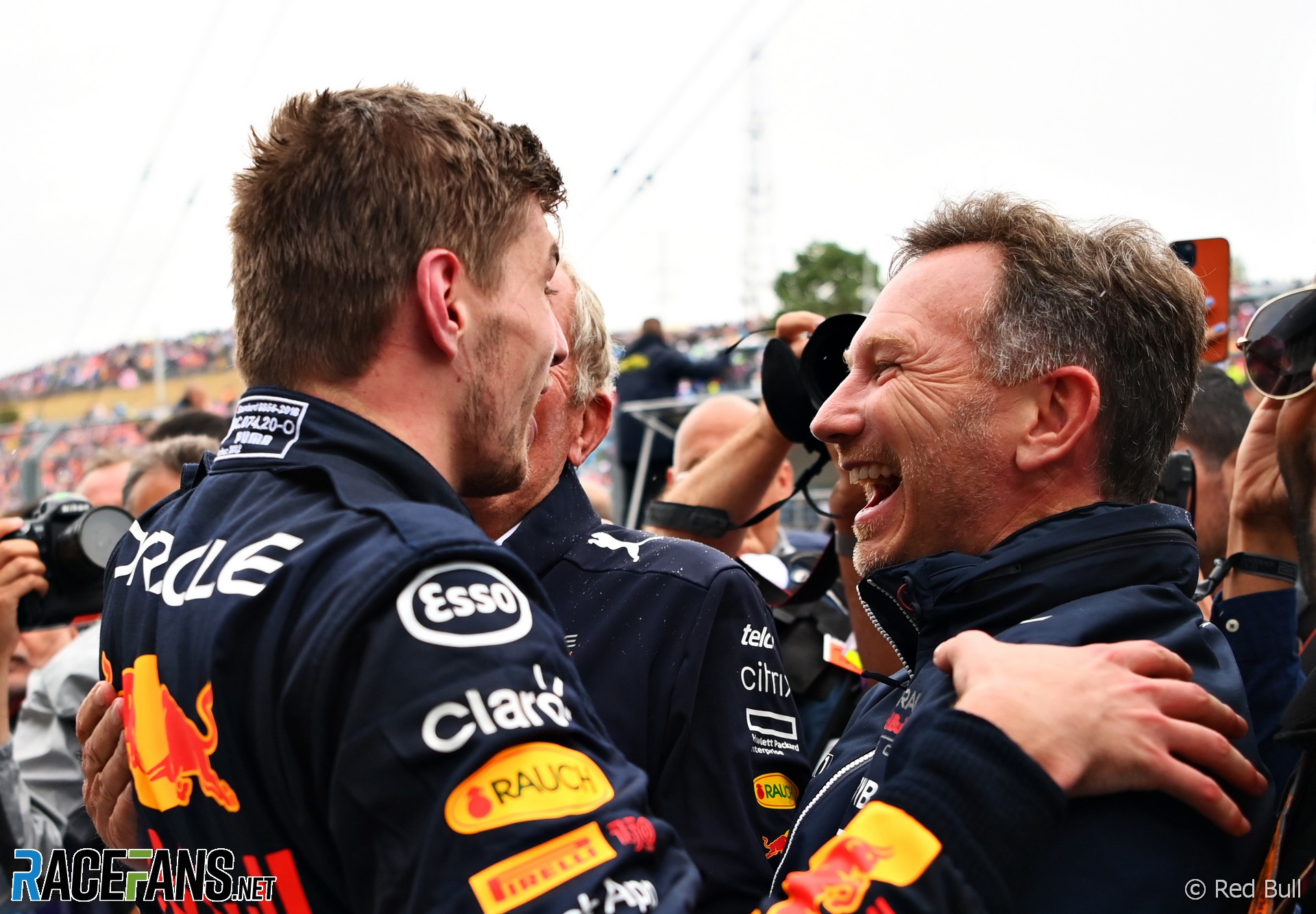 “He got himself a little bit pinched in the middle of the pack,” Horner explained. “But thereafter his pace, the way he managed the issues that he had, were phenomenal.”

Red Bull realised before the race began that the hard tyres wasn’t going to work in the race as the conditions were cooler than expected.

“We were going to start the race on the hard tyre because statistically that looked like our best race,” said Horner. “But the drivers were struggling to generate temperature in the soft tyre on the way to the grid and so it felt ludicrous to be starting the race on a hard tyre, particularly with some [wet] weather around.

“So we converted both drivers on the grid to the soft tyre, which committed us very much to a two-stop, but we made it work for them and it played out beautifully.”

Being able to pass cars ahead in the first stint brought Verstappen and team mate Sergio Perez into the mix among the front-runners, said Horner.

“If you looked at last year’s race, the first probably 25% we were expecting to be sat behind a whole bunch of cars. But the weather brought into play a difference in tyre strategy as well, so we then had a grip advantage that we were able to make use of as well early on against those cars. The two of them came through the pack quite quickly and it wasn’t long before we had Ferrari and Mercedes in sight.”

The race swung towards Red Bull when Ferrari brought Leclerc into the pits for a second stop in response to Verstappen’s, said Horner. He didn’t expect their rivals to react to Verstappen coming in.

“It felt that Ferrari were on a very different strategy at that point,” he said. “They obviously looked to bank track position.

“But as soon as they pitted Charles and brought out a set of hard tyres, it really felt that a victory was possible.”