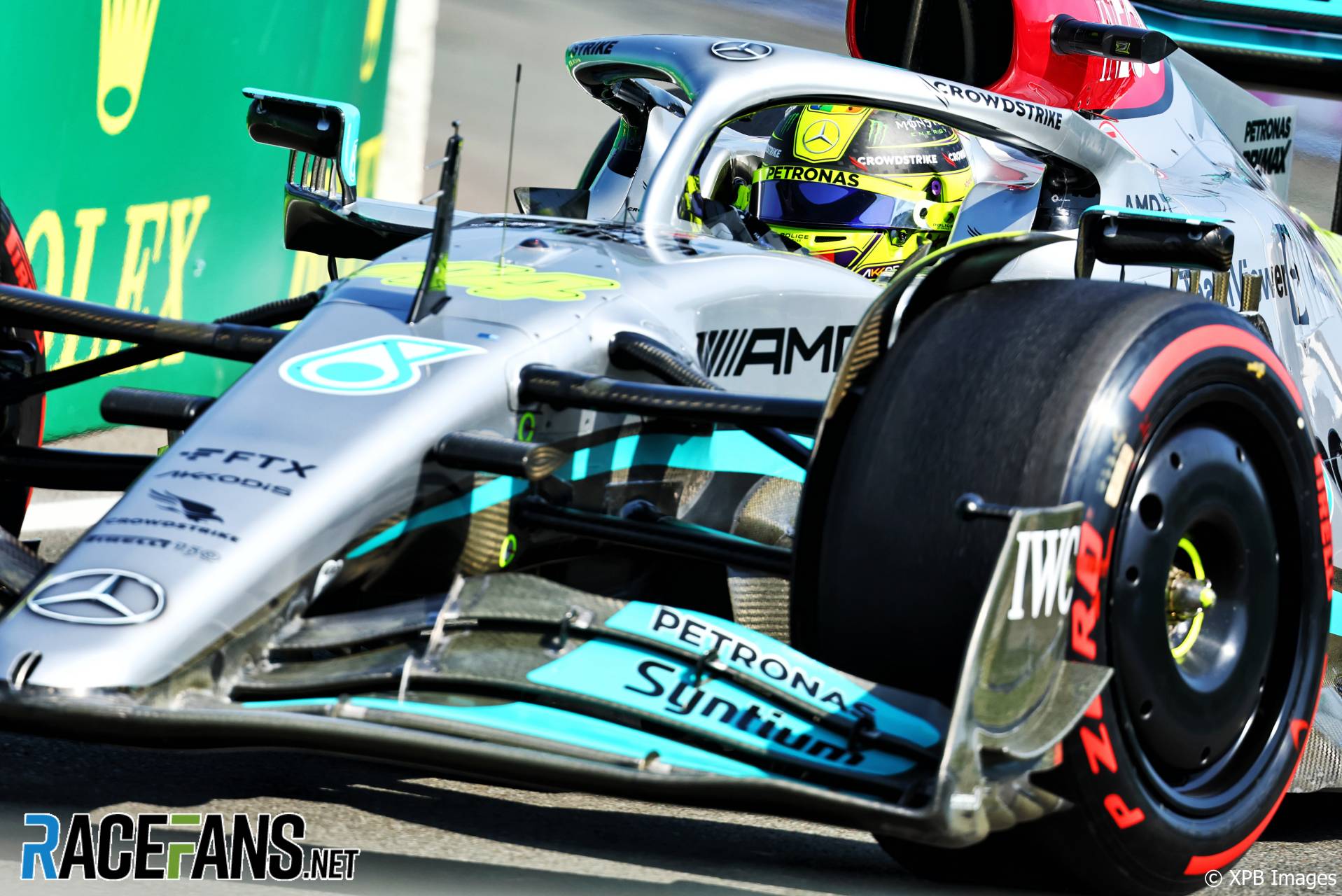 Mercedes expect they will find it difficult to replicate the double podium finish they scored at Paul Ricard when Formula 1 moves to the Hungaroring this weekend.

Mercedes’ motorsport strategy director James Vowles said that performance was possible because the track allowed the team to capitalise on their strong race pace.

“I think where we are at the moment is clearly we are improving the car race-on-race and our race pace is getting there,” said Vowles. “But qualifying isn’t at the moment.

“We are struggling to really get into the mix with them and there is going to be certain tracks like Paul Ricard and Silverstone where we are able to use that race pace to our advantage.”

Mercedes also capitalised on the opportunities presented by their rivals last weekend, said Vowles. “It’s fair to say there are weeks where it is difficult to distinguish between the two Ferraris and the two Red Bulls. There are weeks where Perez’s pace is similar to Verstappen or offset by simply a small amount. This weekend looked to be a larger difference.

“In the case of Sainz, he had engine penalties which meant he started from the back of the grid. Had he been in front, he was an incredibly fast car and it would have been difficult to beat, so we have an element of realism.”

This weekend’s race at the Hungaroring, where overtaking is notoriously difficult, will not play to Mercedes’ race-day strength, said Vowles.

“It’s very difficult at Budapest if you start behind to move back forward through the field again. There are opportunities, it’s just more difficult.”

“We are here to improve and to move forward but we are not there yet. We need others to make mistakes and to pick up the pieces from it and move forward.”

However Vowles is encouraged by the renewed optimism at Mercedes following their difficult start to the season.

“I am incredibly pleased to see that people are getting carried away,” he said. “The whole point of motorsport is to create some of the highest highs you can ever feel and some of the lowest lows as well.

“But we are not where we need to be yet to be winning, that’s the short answer to it, especially for example on qualifying pace and Hungary will expose that weakness somewhat. We have made steps forward and I can see progress, and we can see progress for how we are going to move forward again across the next few races, but in Budapest we have to be realistic.

“Where we are with this car is a strong race car but we may not be able to use all of it in the conditions that are presented to us. We need to do a better job than we have been doing to make sure we are qualifying where the car should be, towards the front.”