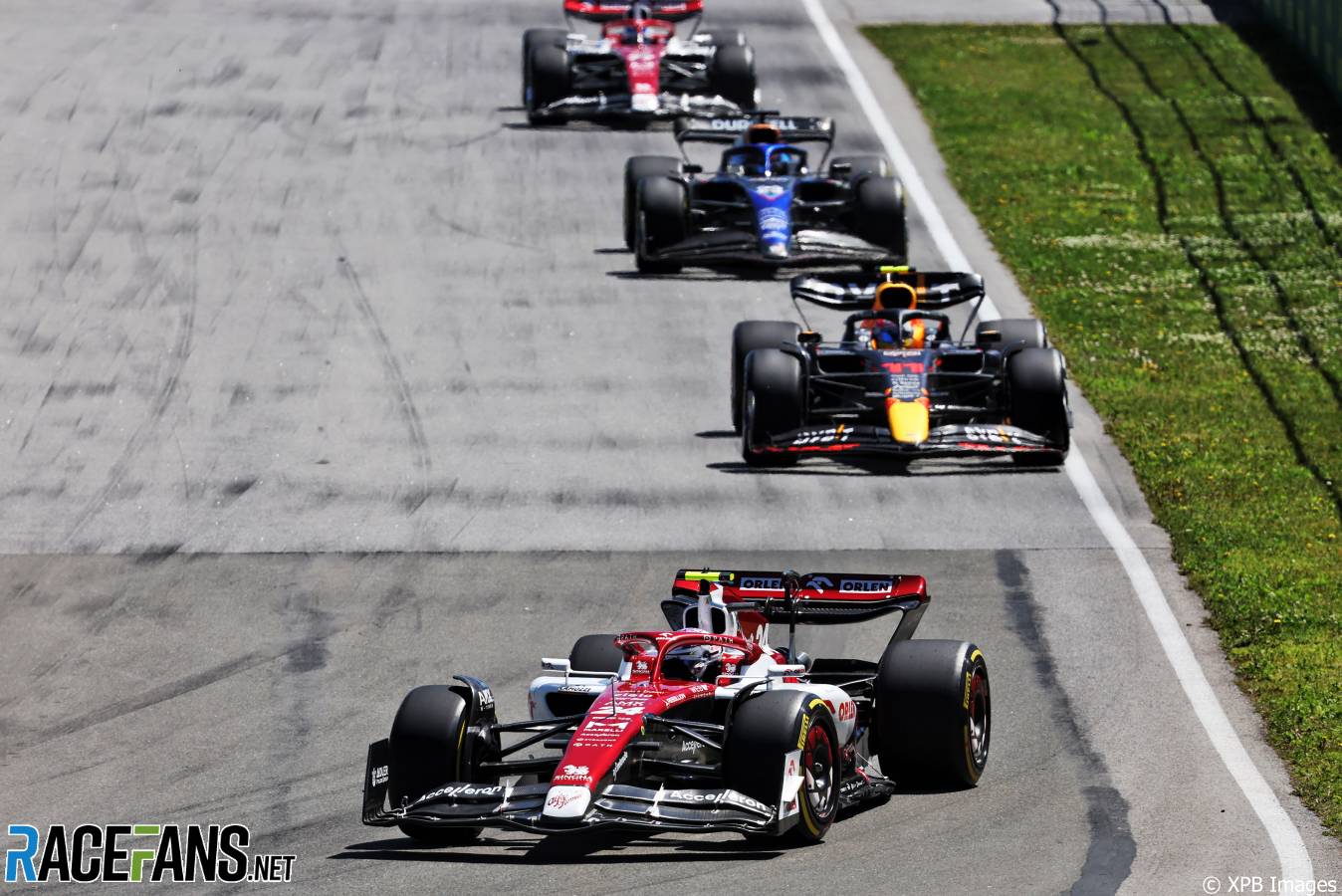 Zhou Guanyu’s Alfa Romeo team predicted a bright future for the rookie Formula 1 driver after he achieved his best result of the season to date last weekend.

The only newcomer in the 2022 field scored points on his debut in Bahrain. He improved with eighth place at the Circuit Gilles Villeneuve, gaining one position after the chequered flag when Fernando Alonso was penalised.

Alfa Romeo’s head of trackside engineering, Xevi Pujolar, said Zhou’s progress across the season had been steady and impressive.

“He’s building the weekends very progressively,” said Pujolar. “Even in the race, he’s absorbing all the information that we give to him and he’s using that to perform what we need to do with the tyres – not only in the race, in qualifying [too].”

Zhou has especially impressed his new team by keeping rookie errors to a minimum, Pujolar added.

“I think also it’s taking this kind of approach without doing mistakes,” he said. “If you can avoid having incidents, then it helps a lot to the confidence race by race and that has been his strength as well.

Speaking ahead of the race weekend, Alfa Romeo team principal Fredéric Vasseur acknowledged the team’s reliability had masked the quality of Zhou’s performance.

“You have to separate the performance of the car and the drivers and the results,” he said. “I think that in Baku, for example, Zhou had very strong pace, he was fighting with Vettel before the DNF and I think the performance was there.

“But if you don’t have the reliability you can’t score points,” Vasseur acknowledged.

Vasseur was impressed with Zhou’s performance across the recent trio of circuits. “I was a bit scared with the sequence with Monaco, Baku, Montreal, because it’s the three most difficult tracks for a rookie on the first part of the season.

“But in Baku he did very well. He was a bit unlucky in quali because he didn’t do a proper lap with the yellow flag. But at the end, the performance was there into the race. He always did a very good management of the car and tyre management.”

While several recent venues have been unfamiliar to Zhou, Vasseur expects better performances from his driver at upcoming circuits he has driven in junior categories.

“I’m really convinced that as soon as we will be back on the track that he knows pretty well that he will [perform] even more, but I’m more than happy with the job done so far.”