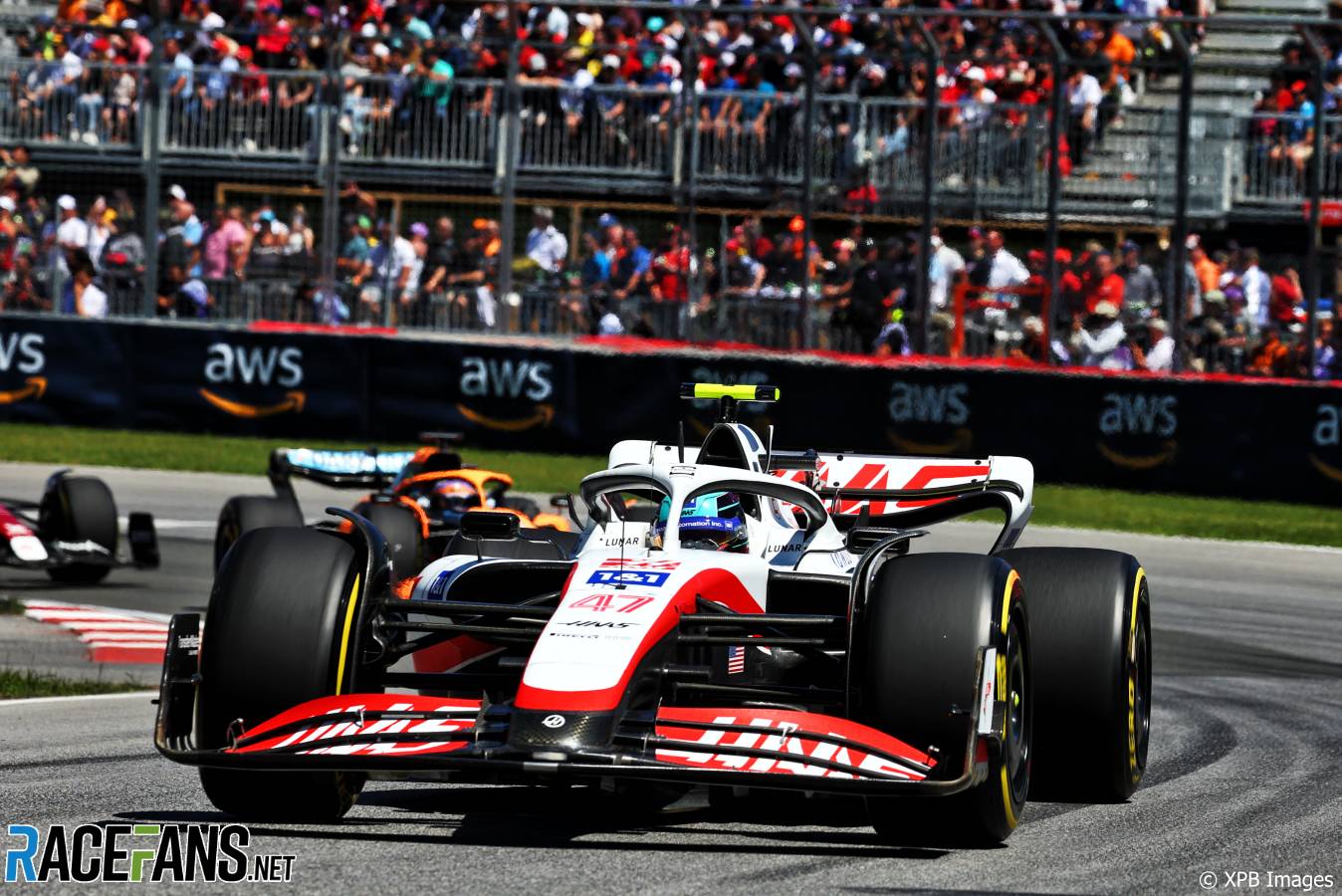 Mick Schumacher said his Haas team have “loads of positives” to take from Montreal despite his early retirement with power unit failure while running in seventh place.

Schumacher had his best qualifying of his career at the Canadian Grand Prix, starting the race in sixth. He was running in seventh place, on lap 18, when his Ferrari power unit let him down.

“So we’ve just got to swallow that pill. We have loads of positive things we can take away from here.”

“We haven’t had any updates, it’s basically the same as the beginning of the season and we’re still doing great. So it’s obviously very positive.”

Schumacher said he was “building up” his pace when the problem struck, following three days of mixed conditions at the Circuit Gilles Villeneuve. “We’ve had a wet track, we had a dry track. So it’s obviously trying to find the new grip levels and wind conditions were very different. We were just getting into rhythm and I’m sure there was more to come.”

He admitted retiring from a position that could have secured his first Formula 1 points was painful. “It’s always tough to accept these things,” said Schumacher. “It’s probably tougher if you’re in a points-paying position and you have to retire the car in seventh or whatever, picking up the pace to catch Esteban [Ocon] ahead. It’s never the best.”

He said that past experiences had taught him to keep his faith that things would come right. “Eventually my luck will change, hopefully. It’s obviously tough, but I’ve had these seasons in the past and we’ve managed to win after all.”

“We have a few more races to go,” he added. “I’m sure that we’ll have more opportunities to come.”