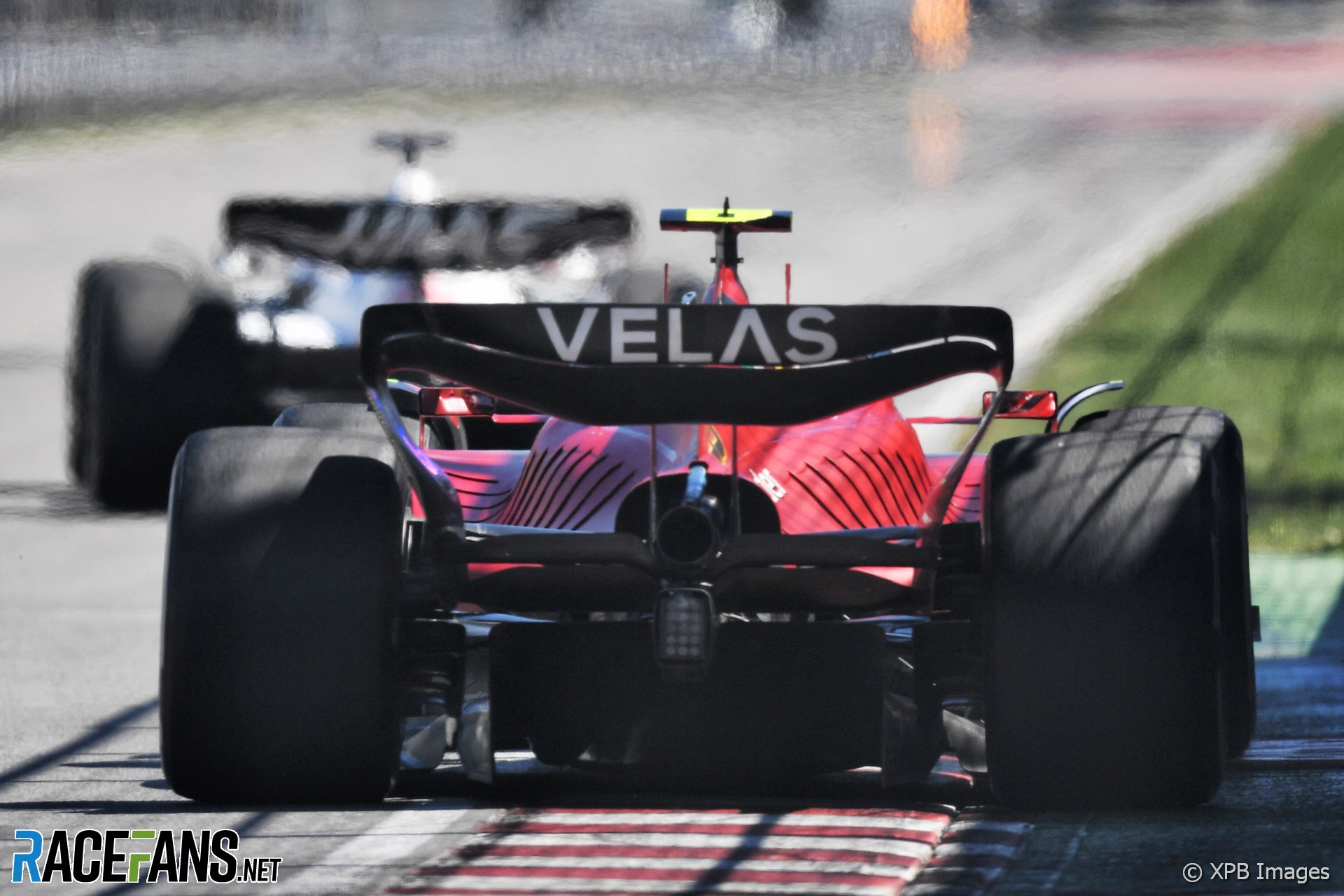 The sport’s governing body announced last week it had issued the directive on safety grounds. Several drivers have raised concerns over the severe bumping they have encountered in this year’s new generation of cars.

However Ferrari team principal Mattia Binotto said the technical directive issued by the FIA went beyond clarifying F1’s rules and introduced changes to them, which they cannot do.

“For us that TD is not applicable,” he told RaceFans and other media after Sunday’s race. “It’s something we mentioned to the FIA.

The FIA can alter the rules for safety reasons via the Technical Advisory Committee, Binotto explained.

“But you do not change regulations with a TD. So that’s why we said that to FIA, for us those TDs were not applicable. As a matter of fact, they seem to have been issued by mistake.”

The directive states F1 teams would be permitted to add an extra stay to their floors to control bouncing. However during the race weekend Alpine team principal Otmar Szafnauer said teams that ran those parts could be subject to protests because technical directives cannot amend the regulations.

Binotto pointed out no teams ran the stays during Sunday’s race. “I think that the part of the metric has not been applied, the extra brackets have been not fitted in any car for the weekend, so [it was] a big noise for nothing.”

The porpoising problem was especially acute for teams on the long, bumpy straights of Baku. Although it was less severe in Montreal, Binotto still believes the problem needs be addressed.

“Porpoising is something that we need to tackle for the future and try to reduce it. We need to do that through maybe technical changes.

“I think that [in the race] it has not been such an issue. It’s track-related, I think the cars have developed, they will be developed as well.

“So it’s a technical issue that needs to be discussed and improved. How we do that I think for me it’s an open question.”