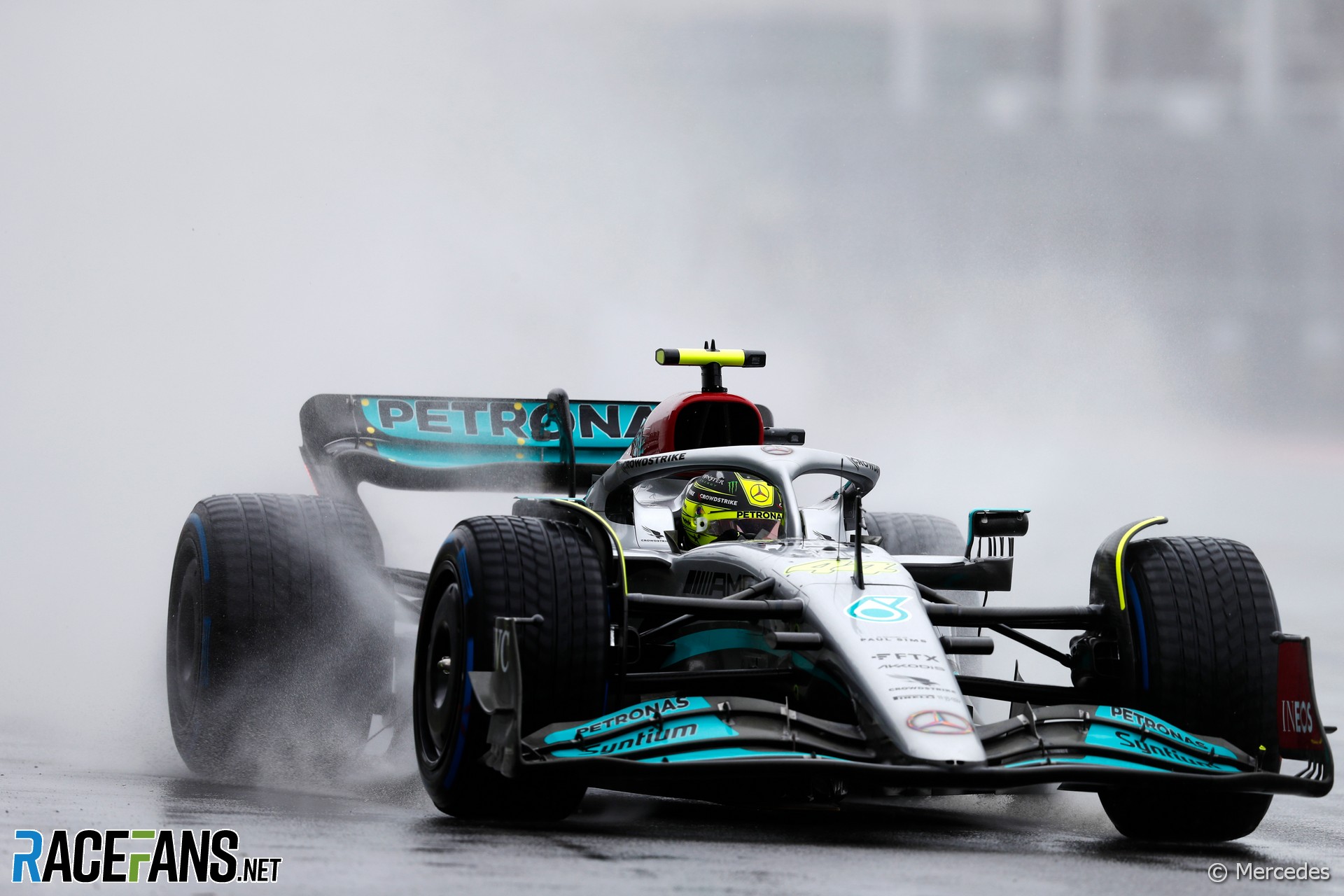 Lewis Hamilton says his fourth place on the grid for the Canadian Grand Prix reminded him of his first qualifying session in a Formula 1 car, where he also took fourth.

The Mercedes driver achieved his best qualifying result of the season so far in a rain-hit session at the Circuit Gilles Villeneuve.

“I can’t tell you how happy I am,” said Hamilton, whose previous best this season was fifth on the grid in Bahrain and Australia.

He celebrated the result with his physiotherapist Angela Cullen, who aided Hamilton’s recovery following his excruciating race in Azerbaijan. “Me and Ange had the biggest hug at the back of the garage because we’ve both been working so hard,” he said after qualifying.

“Obviously this past week was a real challenge and I’m so grateful to have her with me every day to just work through the pain and just get my body right,” said Hamilton.

“Then to come here with the car, still we’re struggling on pure pace in the dry, we’re still a long way off. But to get top five in qualifying in those conditions is awesome.

“I think it’s my highest qualifying this year. So it feels very similar to getting my first qualifying in Australia in 2007 in terms of the excitement.”

Hamilton tested another radical Mercedes set-up in practice yesterday and described his car’s handling as a “disaster”. He and team mate George Russell converged on set-ups ahead of qualifying.

“Yesterday was really tough,” said Hamilton. “Basically what happened is we’re trialling all these different things on the car. We had much, much different set-ups yesterday and you always are hoping one of them was right and my one was not nice to drive and that’s why I really struggled to be consistent with it.

“We come together at night and share our opinions on it and now kind of narrow it down and then before qualifying you have to decide whether to take a big wing or a smaller wing for the race tomorrow for a small potential gain in qualifying.”