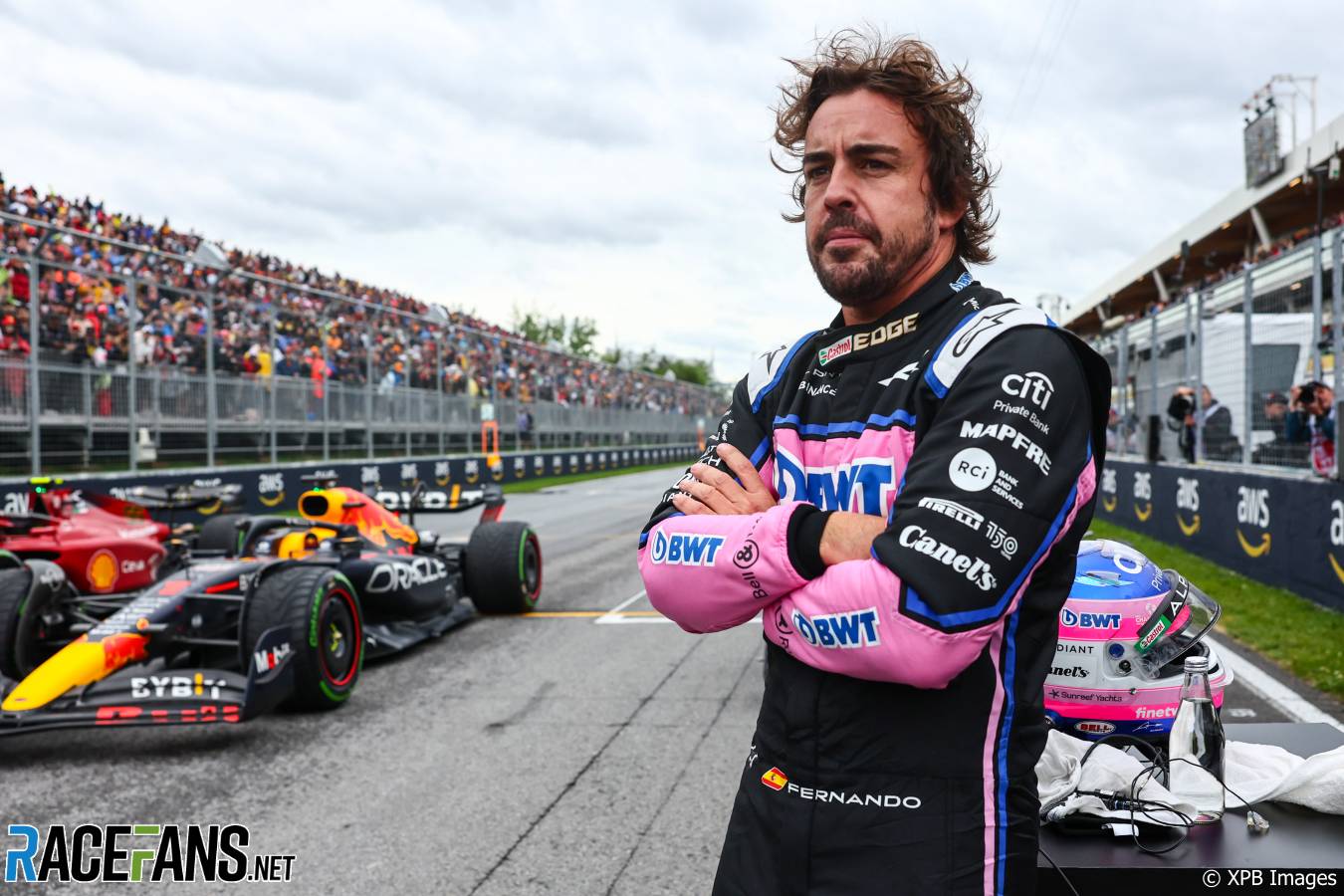 Fernando Alonso says his front-row start for the Canadian Grand Prix shows the value of his experience.

The Alpine driver claimed second on the grid, his highest starting position for 10 years, in a rain-affected qualifying session. He said the team’s car felt competitive immediately.

“The car was good straight away,” he said. “We didn’t make huge set-up changes, we didn’t experiment too much. The car felt good from the first laps in FP1 so that was a help to build the confidence.”

With conditions changing rapidly between sessions, Alonso said his experience of the Circuit Gilles Villeneuve paid off.

“It’s a circuit that I think you need some rhythm. You use a lot of kerb riding here and it’s quite bumpy.

“There are a few things that are there for many, many years. I guess for half of the grid it’s either the first time they come here or the second time because after the pandemic there was not many races hosted here in Canada.

“I’ve been racing here 16 or 17 years so as I always said, age and experience is always a help, it’s never a downside.”

Despite lining up in second place, Alonso says his target for the race is a top-five finish.

“I’m not sure about what the possibilities are tomorrow realistically. I will say that top five is what we should fight for.

“We have a very good starting position but we know our limitations. And we saw in many races already that Ferrari or Red Bull are starting last, or having a puncture in lap one or whatever, they still finish with good margin in front of us.

“So, I think the top four places are locked. So yeah, fifth is like a win for us. And that’s probably the spot that we should aim for.”