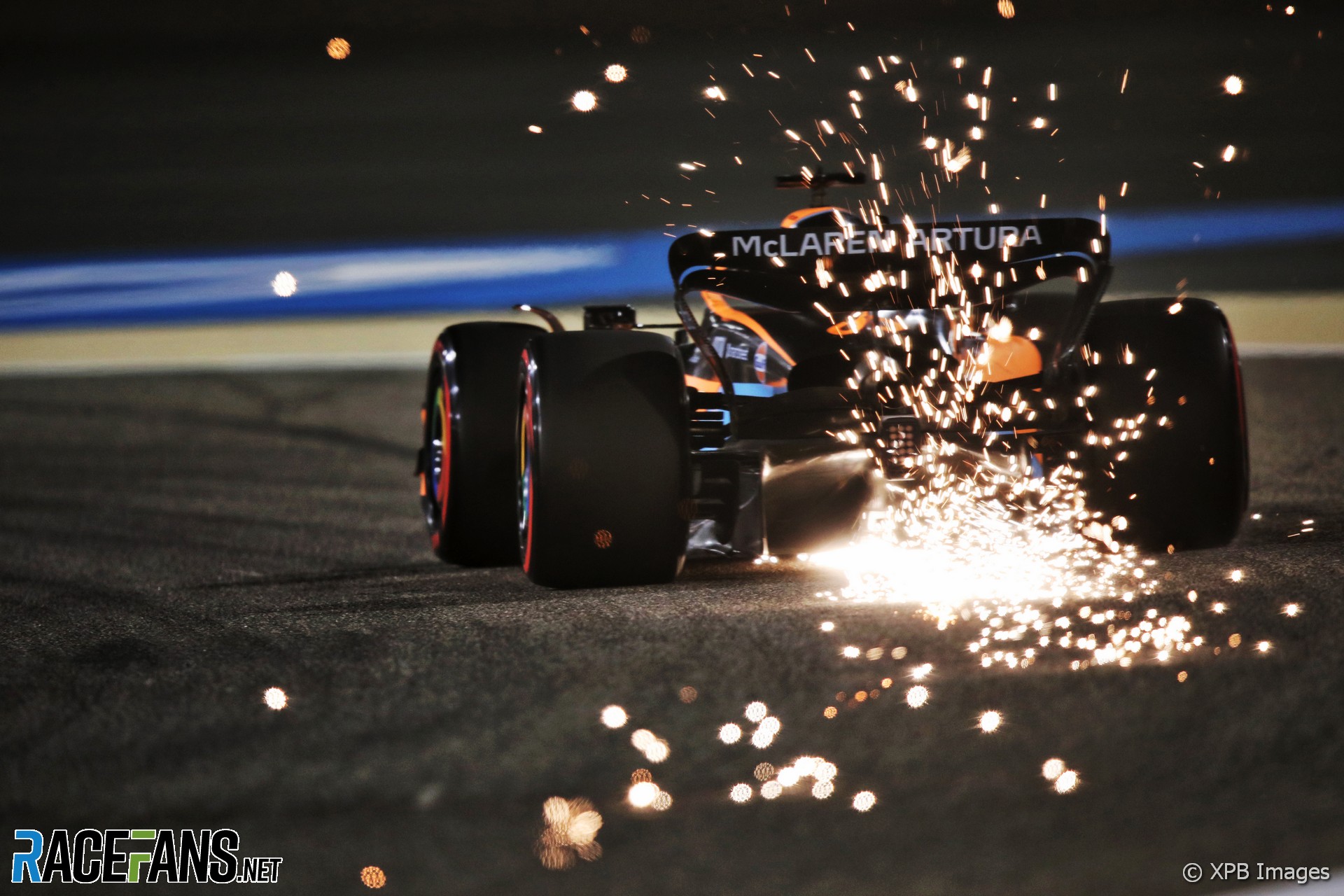 Formula 1 drivers from multiple teams and manufacturers have said they have immediate or long-term concerns about the effect of porpoising.

Mercedes drivers George Russell and Lewis Hamilton had raised the issue before and after the Azerbaijan Grand Prix, with Russell saying that it was “just a matter of time” before a driver lost control of their car due to the bouncing and Hamilton describing Sunday as the “most painful race” he had ever experienced.

Red Bull team boss Christian Horner implied after the race that some rival teams had been especially vocal on the subject in an attempt to sway rules to their benefit. However, concerns about the effects have been raised by drivers from other teams across the grid.

Esteban Ocon said his Alpine’s ride quality is “probably on the best range compared to all the other cars” on the grid at the moment. “But it’s still a disaster,” describing the bumpy ride he has to endure as “terrible”.

He warned that the performance of cars around Baku was a stark warning for how severe the issues might become at this week’s Canadian Grand Prix.

“These cars are on a bumpy circuit and it’s not even that bumpy – when we are going to go to Montreal or Singapore, that’s going to hurt. I’m hearing there might be conversations on how to go technically for the future with the FIA and they are taking that into consideration.

“We should try and make the cars a little bit better to ride because in [Baku] even, we need to avoid the bumps and you can see the car pulling to one side and all that on the straights,” Ocon said, calling the ride “on the edge.”

He admitted he was surprised how much worse the problem became towards the end of the race, when he expected it to improve. “Low fuel it was harsher, basically. And I’ve seen drivers in worse shape than me at the end of the race, probably we are on the good end of the spectrum. But it was definitely not nice.”

Ocon believes drivers are playing down the severity of the problem because “none of us want to sound like divas or complain that the cars are too hard to drive.

“But we need to realise that it’s not healthy going into the future. It’s not the porpoising necessarily, I think it’s the stiffness of the cars in general, which are [taking] big hits on the long straight and we can’t prepare our body to that.”

Last week Formula 1 drivers asked the FIA to consider what changes could be made to lessen the brutal ride they are experiencing. “We just need the FIA to act as soon as possible because if not it’s going to start accumulating,” said Carlos Sainz Jnr.

AlphaTauri driver Pierre Gasly agreed. “It’s not healthy, that’s for sure. I’ve had a physio session after and before every session just because my [spinal] discs are suffering from it.

“There’s literally no suspension, it’s just hits going through your spine. So at the end of the day, the team is asking me, ‘okay, we can compromise the set-up’ and I’m compromising my health for the performance and I always do it because I’m a driver and I always go for the fastest car I can.

“But I don’t think FIA should put us in a corner where you got a deal between health and performance. At the moment that’s the tricky part of it and clearly not sustainable. So that’s why we discussed it at the drivers’ briefing and kind of alerted them on this problem and tried to ask them to find solutions to save us from ending up with a cane at 30 years old.”

Gasly said that the issue was possibly sustainable, with enough physical support but that the long-term implications were more worrying. “We are competitive, we are all top athletes, what I want is to be fast, if I need to do one-and-a-half hour massage, recovery and stuff for a year, then I’ll set for a year.

“Maybe at 45 years old, 50 years old I would say bit differently. But at the moment, that’s the issue we having.”

Some teams, such as Alfa Romeo, are not experiencing such severe issues but Valtteri Bottas, who suffered problems with his back earlier in his F1 career, believes the problem is inherent to this era of cars and needed addressing, especially as teams would not prioritise driver comfort.

“Obviously, we’re not a team that have had it at the hardest,” Bottas acknowledge. “So it is more uncomfortable than years before. But I can see from onboards that this is much harder for someone else. It must be pretty annoying and challenging.

“I think it’s just the type of these cars and I think the drivers are asking if there’s anything, regulation-wise, we could improve the situation.”

However Gasly does not foresee a resolution within this season, despite the severity of the problem. “The mirrors are shaking like hell, it’s like the car is getting vibrations frequency and the visibility gets really poor and also sometimes it starts moving on its own just because the steering is at such speed. It’s not easy.

“I don’t think they can fix something until the end of the year, but hopefully for next year.”

Ocon suspects a fix is even further away. “That’s not going to be in the next two years,” he predicted. “That is clear. It’s just in the long-term future, obviously, that we should look at it. The FIA is the police, so they have to take the decision where they go from here.”