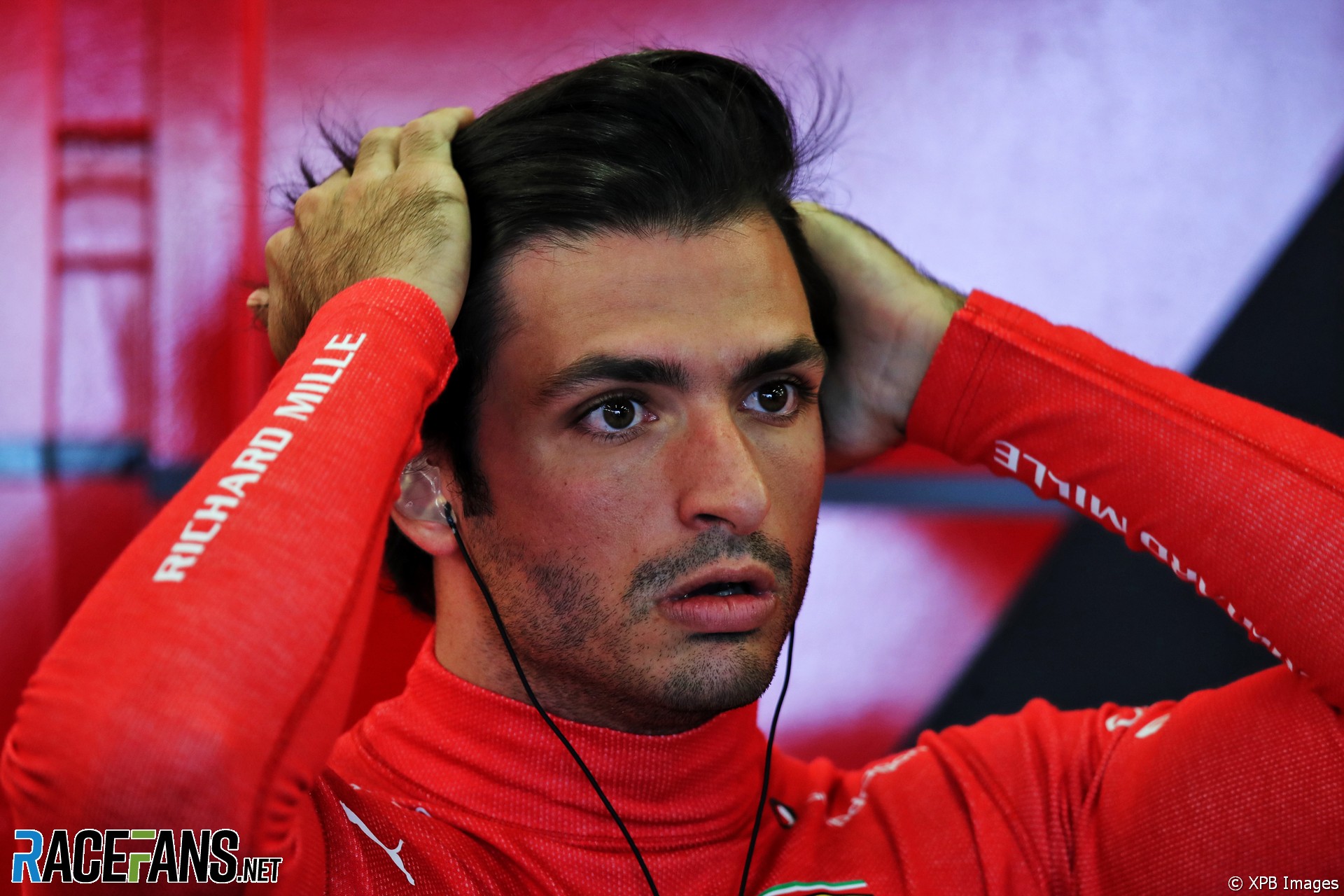 Carlos Sainz Jnr admitted it felt “extremely frustrating” to have dropped out of another race in the early stages due to his hydraulic failure in Baku.

The Ferrari driver has covered the fewest laps of any full-time driver so far this year, including Sebastian Vettel who missed the first two races of the season. He has retired within the first 10 laps of three races so far: Azerbaijan, Emilia-Romagna and Australia.

“From my side it’s been extremely difficult to get any kind of momentum,” rued Sainz after his lap nine retirement on Sunday. “Every time I do a good race, the next race there’s something happening.

“2022 has been extremely frustrating on that side. But I’m still hoping that one day all this will finish and we start having a smoother time.”

He was joined in retirement by his team mate Charles Leclerc, who suffered a power unit failure before half-distance. Sainz said his failure came as a surprise to him.

“From my side this year we haven’t had any reliability issues,” he said. “It’s been unluckiness and things not going my way. But I see that Charles had a problem in Barcelona and another one here.”

Baku was “a difficult day for the team” said Sainz. “But I’m sure we will look into it and we will stay united and keep pushing. It’s still a long season ahead.”

Aside from the blow of their Baku double retirement, Sainz believes the team can be pleased with its start to the season.

“We just need to make sure we stay calm, we stay united and we react accordingly and we’re learning from these kind of mistakes. On the personal side, it’s frustrating, very frustrating because it’s extremely difficult to get any kind of momentum. Again, a retirement in lap nine, another 40, 50 laps without doing any learning with the car, which is extremely frustrating. But it’s how it goes.”

Red Bull finished first and second on Sunday, putting them 80 points clear of Ferrari in the constructors’ championship. But with 14 races remaining, Sainz is confident they can get back in the fight.

“I think we have a team to fight for the championship,” he said. “It is true that we are against the recent world champions and a great team like Red Bull. But Red Bull [didn’t finish with] both cars in Bahrain. So we just did the same here.

“It just shows that in 22-race season, these kind of things are going to happen once in a while. Wwe need to learn from it and make sure it doesn’t happen again like Red Bull seems to have solved their issues.

“It’s a tough race here. It was very warm, a demanding track on our car with the bouncing and everything so I’m sure it’s not easy.”