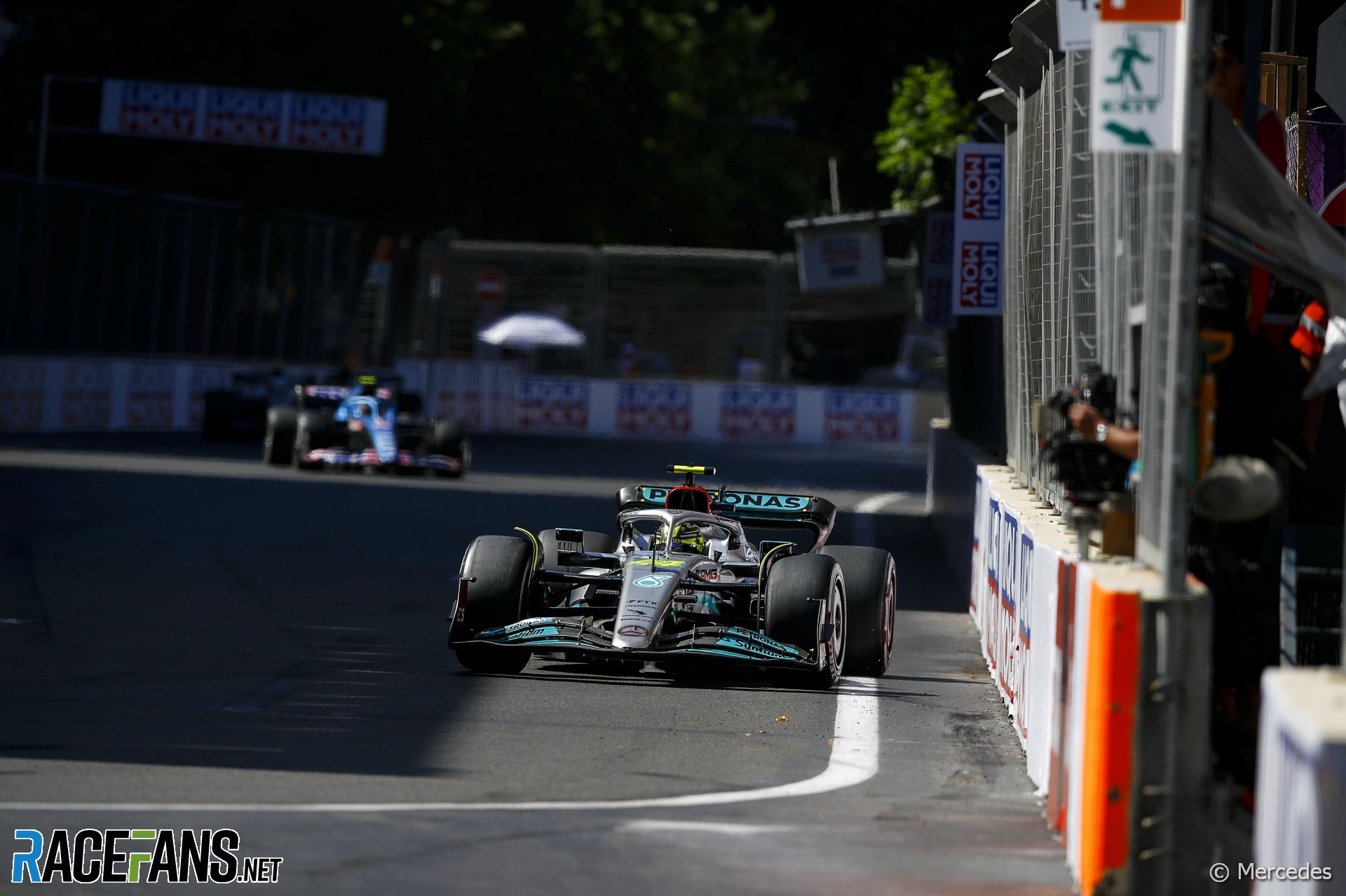 Lewis Hamilton was so concerned he was going to crash during the Azerbaijan Grand Prix he warned his team on the radio.

The Mercedes driver struggled with the handling of his car throughout Sunday’s race, particularly in the quick corners leading towards the start-finish area.

Mercedes have been experimenting with their car in a bid to cure the porpoising they have suffered throughout the season and improve its performance. Hamilton ran some different parts on his car compared to team mate George Russell, but found they made his its handling worse.

Running on high fuel in the opening laps of the race, Hamilton had to back off in turns 18 and 19, which are normally taken flat-out. “I don’t know what to do about the high-speed,” he told race engineer Peter Bonnington during the Virtual Safety Car period on lap nine. “I have to lift in the high-speed.”

After the VSC period ended Hamilton was running in the slipstream of Esteban Ocon and Sebastian Vettel. He corrected a snap of oversteer in turn 18 the next time he went through it, following which he warned Bonnington he was “going to crash at some stage.”

Hamilton had more close shaves through the quick corners during the rest of the race, but brought his car home successfully in fourth place.

The W13 felt “horrible” to drive with a high fuel load, said Hamilton, and only improved slightly as its weight reduced. “The beginning of the race was worse,” he said.

“I thought it would get much better, but it got a little better through the corners towards the end, but down the straight still just bouncing.”

After the race Mercedes team principal Toto Wolff apologised to Hamilton that he’d had a “shitbox” to drive during the race.

He confirmed to media afterwards Hamilton had been open to trying the experimental parts. “He’s absolutely in the driving seat here,” said Wolff in response to a question from RaceFans. “All decisions have been taken between him and his engineering team.”

“Sometimes this goes wrong, he has had a car that was more than a handful,” Wolff added, though he noted the exercise had been “good for us to progress as a team.”