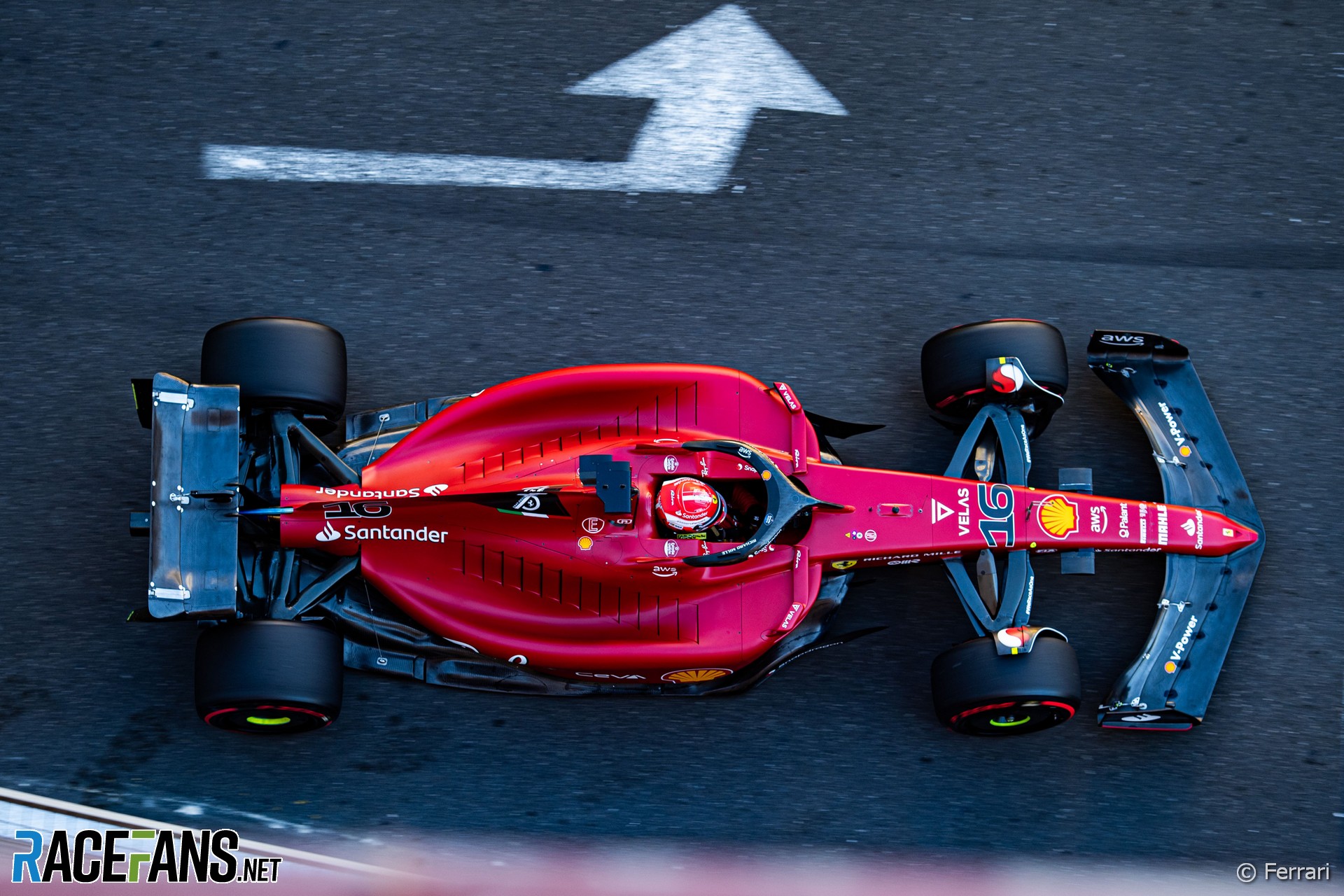 Following Ferrari’s double retirement in the Azerbaijan Grand Prix, the team has confirmed it will use a “short-term fix” for the problem which ended Carlos Sainz Jnr’s race.

Sainz was the first of their drivers to retire in Baku on Sunday, due to a sudden hydraulic failure on lap eight.

“Hydraulic components from Carlos’ car have already been examined,” Ferrari confirmed. “A short-term fix is in place for Canada, while work is on-going on mid/long-term solutions.”

Charles Leclerc retired 13 laps after his team mate, smoke billowing from the back of his F1-75 due to a power unit problem. It was his second retirement within three races.

Ferrari has now confirmed that the power unit Leclerc used in Baku, his second complete unit of the season, has been sent to Maranello for analysis at the factory. Therefore, Leclerc will either have to revert to his original power unit or make his final penalty-free power unit change this year.

Both drivers’ power units were initially changed ahead of the Miami Grand Prix, for Sainz, and the Spanish Grand Prix for Leclerc.

In an update today, Ferrari said that Leclerc’s Baku power unit will arrive at Maranello tomorrow and “an initial assessment should be completed by the evening.”