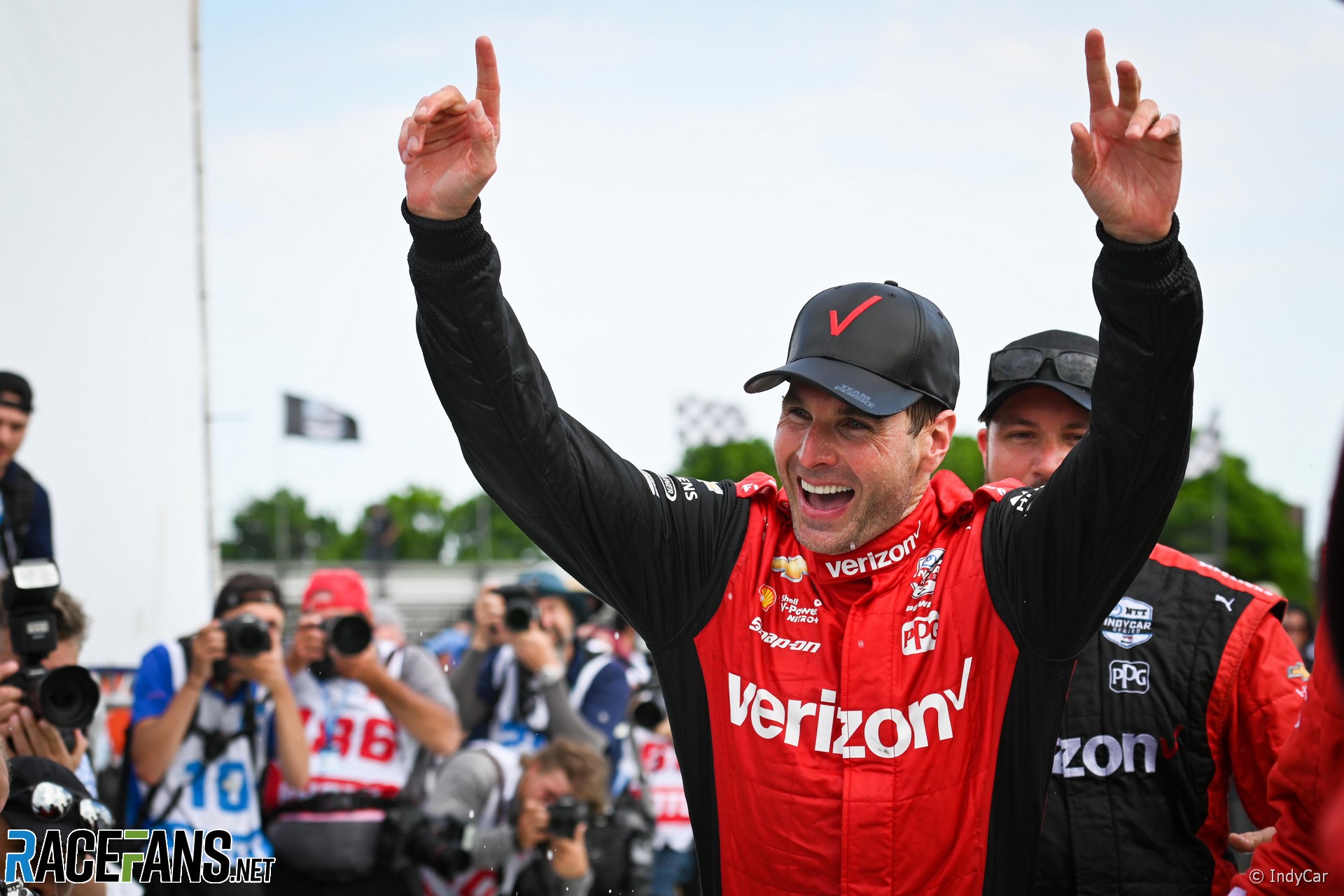 Will Power avenged a bitter defeat in last year’s Detroit Grand Prix by taking the win in the final IndyCar race held around the Belle Isle Street Circuit, charging from 16th on the grid and managing his final stint to perfection to cap off his first win of the season.

Power was one of the few drivers to start the race on the harder primary tyres – which would be the preferred race tyre as it was last year. It took him less than ten laps to work his way into the top five. On lap 14, he overtook pole winner and Penske team mate Josef Newgarden – who started on the softer alternate tyres – for the race lead.

Power pitted once on lap 25, going to another set of primary tyres, with the aim of stretching out his advantage before doing a shorter final stint on the alternates. His competition was not Newgarden – but Alexander Rossi, who discarded the alternate tyres after four laps and committed to a three-stop strategy.

After Power made his last pit stop on lap 50, he led Rossi by 16 seconds. By taking care of his tyres early in the stint, Power had just enough left to mitigate the drop-off in pace – and the disruption from lapped traffic ahead of him – to keep Rossi at bay and win the race by just one second.

With the victory and the bonus points for leading the most laps, Power has now regained the lead in the IndyCar Series championship after seven rounds, on 255 points.

Rossi, who announced his transfer to McLaren SP this weekend, finished an agonising second, keeping his winless streak going for at least one more weekend – and Scott Dixon, a week after his crushing defeat at the Indianapolis 500, avenged himself in some form by finishing in third, ahead of Newgarden in fourth, and Pato O’Ward in fifth.

Álex Palou finished sixth, followed by Indy 500 winner Marcus Ericsson in seventh, Colton Herta in eighth, Simon Pagenaud in ninth – and then, due to a last-lap crash by Rinus VeeKay, Felix Rosenqvist moved up to tenth.

Power leads Ericsson by just three points heading into next week’s Grand Prix of Road America in Elkhart Lake, Wisconsin. O’Ward is 12 points off the top of the table, and Palou is just another two points behind O’Ward.

It was a caution-free race, with no Safety Car interventions – but not entirely free of incidents for some drivers. Graham Rahal’s race ended after just two laps from contact with the barrier, and Hélio Castroneves dropped out with an electrical issue. Rookie Kyle Kirkwood was running as high as second until he hit the wall on cold tyres after his final stop, but thankfully he did not seem to aggravate his right hand, which had been in bandages since a practice crash on Saturday morning.

This weekend brings an end to racing along the streets of Belle Isle, but the Detroit Grand Prix will return next year, moving to a new street circuit in the Renaissance Centre district in downtown Detroit, using some of the same roads that composed Formula 1’s trips to the ‘Motor City’ from 1982 to 1988.

Motorsport has been a lifelong interest for RJ, both virtual and ‘in the carbon’, since childhood. RJ picked up motorsports writing as a hobby...
Read more about RJ O'Connell, find all their articles and get in touch with them