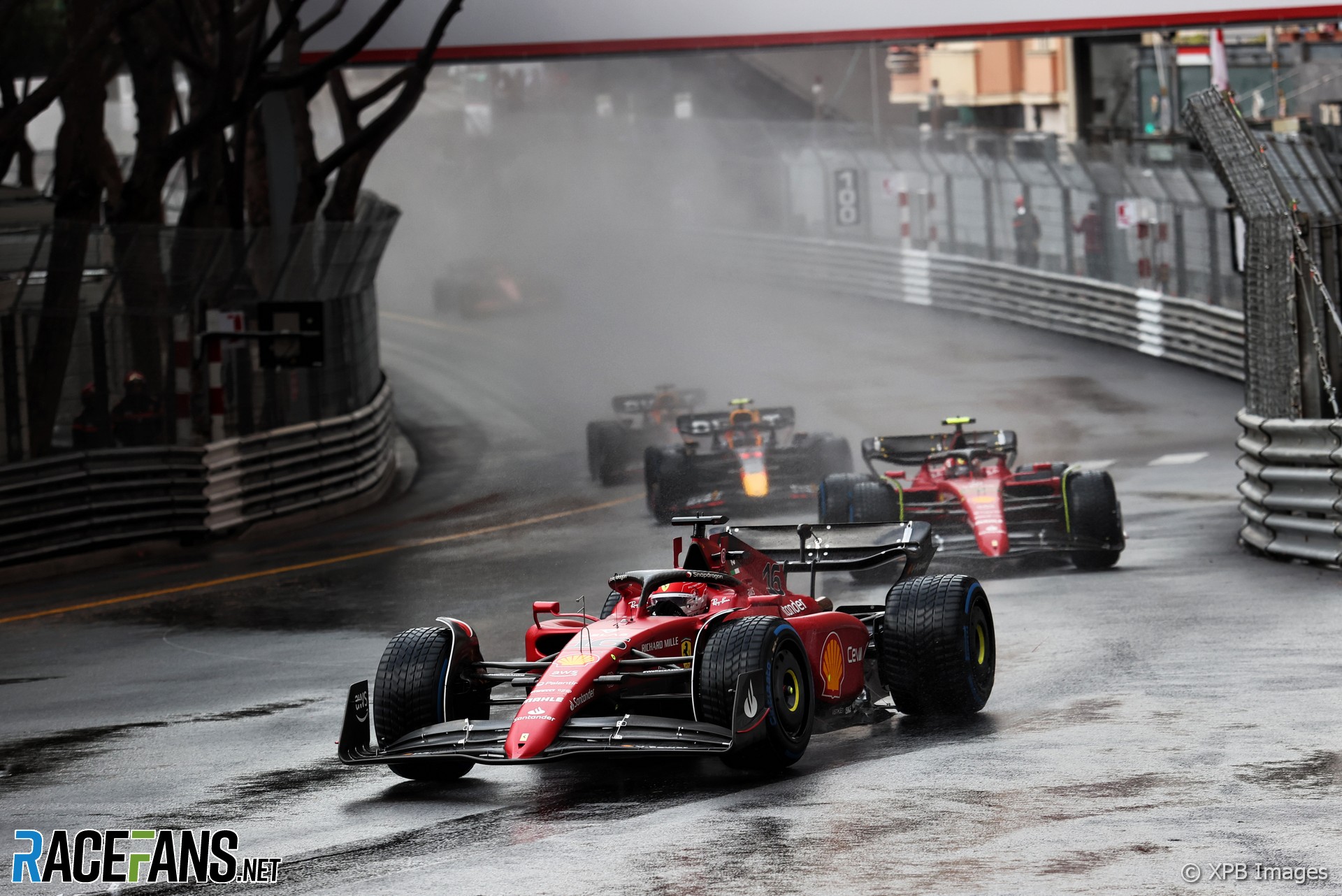 The FIA should review whether the decision not to start the Monaco Grand Prix on time was correct, says Red Bull team principal Christian Horner.

The starting procedure for Sunday’s race was aborted as rain fell on the track shortly before the formation lap was due to begin.

The conditions were judged safe enough for the cars to be sent away for a formation lap behind the Safety Car nine minutes later than scheduled. However the rain then intensified to the point that the cars were summoned into the pits and the start was delayed.

That downpour caused an electrical problem with the starting gantry which further delayed the beginning of the race. The start was eventually given over an hour later than planned.

The FIA said the original decision to delay the start was made because drivers had not previously driven on a wet track during the weekend. Several of them took issue with that, including Kevin Magnussen, who complained: “This is professional drivers, Formula 1, it’s not WEC.”

Horner said the delay to the start of the race “needs a bit of a review because it was a little chaotic with tyres coming on the grid, off the grid.”

“It’s a busy enough grid here and it’s always a little dangerous to try and pre-empt the weather,” he added.

“You can argue it both ways. You could say we’d have been better starting the race, then reacting to the downpour and either putting the Safety Car out or stopping the race. But I think it needs a bit of a review after this weekend.”

Formula 1 has made several changes in race control this year, including the introduction of two new race directors to the series. World Endurance Championship race director Eduardo Freitas was in charge of a grand prix for the second time this year in Monaco.

Horner said the new team did a good job under difficult circumstances. “Obviously there’s been change but I have to say the race control are doing the best job that they can and certain things are a lot clearer this year,” he said. “There’s a lot of new people in the system and inevitably that takes a little bit of time to bed in.”

Lewis Hamilton was also among the drivers who did not agree with the decision not to begin the race on time. However Mercedes team principal Toto Wolff was satisfied with the handling of the original start.

“The rain at the beginning was torrential,” he said. “I don’t think that you can start the race with thunderstorms moving into Monaco like this.

“So I have no beef at all with the start having been delayed a few times. And you need to give the race directors the credit that this was a very, very difficult race to manage.”

Wolff admitted he “would have hoped for an earlier start” following the downpour, but noted this was due to the electrical problems caused by the heavy rain.

“Overall the format, how it was, was more an American football game so you can get four hotdogs and beer in between,” he added. “But I think at the beginning there was nothing else it could have been done.”