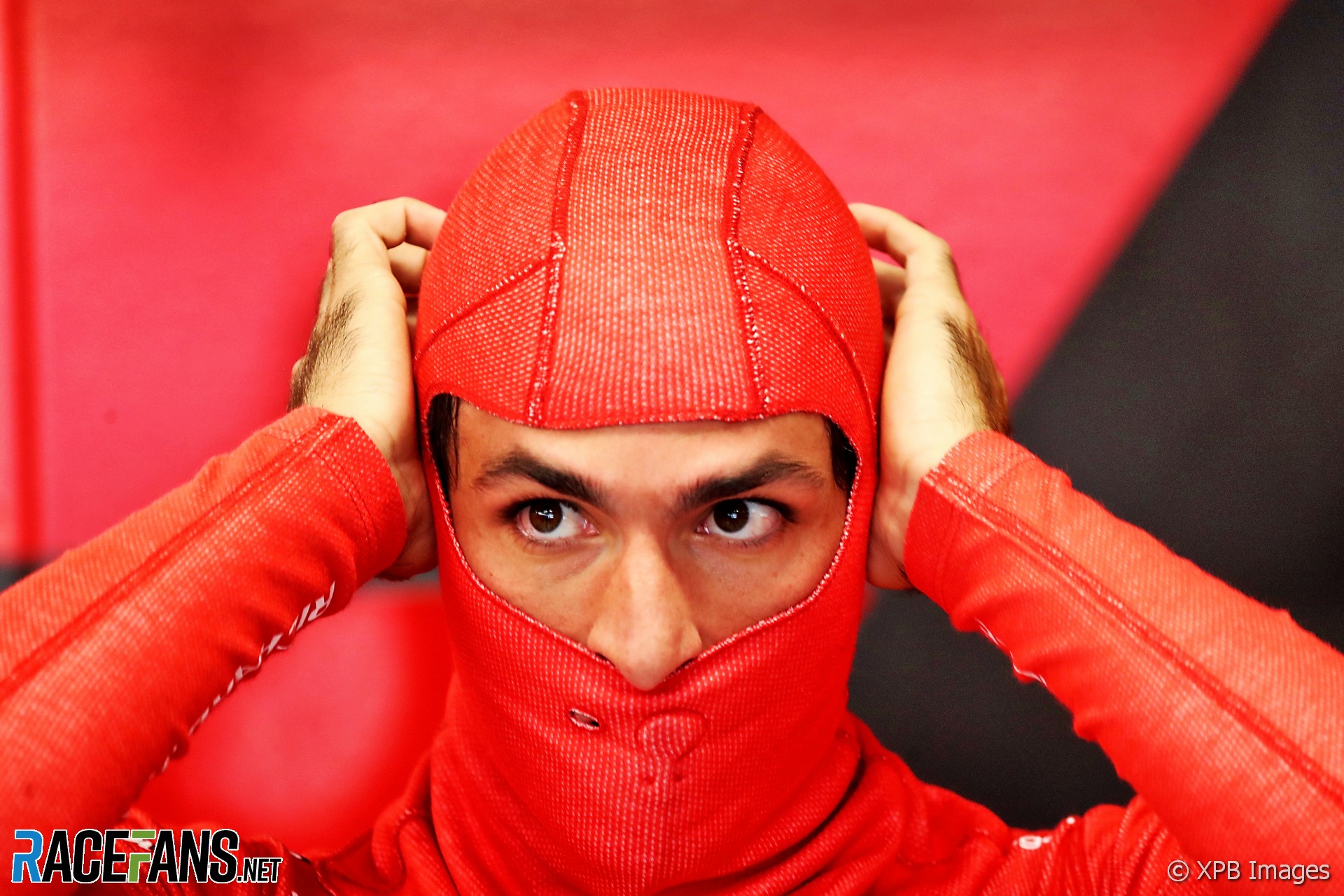 Carlos Sainz Jnr says he is learning through his mistakes as he struggles to adapt to Ferrari’s 2022 car following a series of errors.

Sainz slid off on lap seven of the Spanish Grand Prix after being caught out by a gust of wind. However he admitted he has also been “struggling quite a bit to drive this car and to understand how to extract the maximum out of it.

“It’s given me a whole new challenge in my Formula 1 career and I’m having to think out of the box, drive out of the box. With these kinds of mistakes, it comes to learning things that I’m having to learn, putting my head down to try and find this and try to make it turn around as soon as possible.”

His off-track excursion in Spain was the latest in a series of errors during his 2022 campaign.

“There’s been a combination of misfortune and mistakes from my side, which also counts,” said Sainz. “But I think in the future it’s going to turn all of a sudden or it’s going to turn little by little and I just need to keep my head down.”

Sainz made a good start to his first season at Ferrari last year, beating team mate Charles Leclerc in the points. However he is yet to find the same level of confidence with the team’s new car, has qualified behind Leclerc in all six rounds and lies 39 points behind him in the championship.

“I think you can see from the cameras and from everywhere that I’m not there yet with the car compared to last year,” Sainz admitted. “I’m not driving naturally, the car is a bit too pointy for my liking.

“But that’s it, it’s the way it goes. You can either adapt yourself or you can bring your car a bit more to your liking.

“These two things they take time and they take knowledge and experience, takes mistakes, takes trial and error,” he explained. “And this is what I am in the process now and what I’m going to try and correct as soon as possible.”

Leclerc’s strong start to the season has impressed Sainz, who said his team mate is “driving at a very high level.

“He’s putting together super, very impressive lap times, staying aggressive in his way of driving and I can only admire and in some ways copy and in others try to put it a bit more to my liking to be faster and that’s it.”

“Sometimes it goes like this and as a driver you just need to go through the process and challenge yourself,” Sainz concluded.