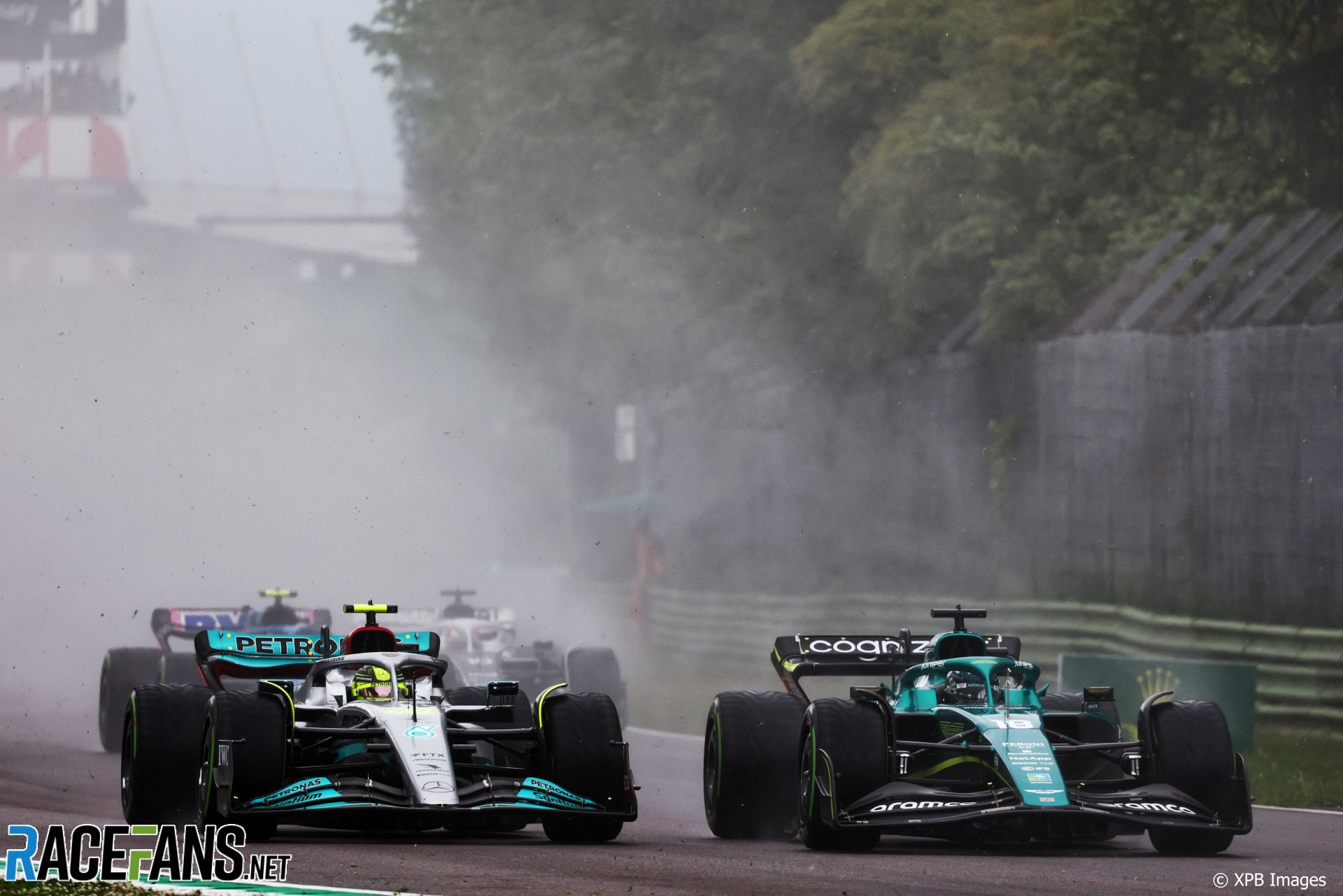 Aston Martin team principal Mike Krack said the team made an “immense” effort to rebound from its crash-strewn Australian Grand Prix weekend to score its first points of the season at Imola.

Both the team’s drivers crashed more than once in Melbourne. Sebastian Vettel went into barriers during final practice and again during the race. Lance Stroll also crashed in practice and collided with Nicholas Latifi during qualifying.

Both Vettel and Stroll’s cars had to be rebuilt repeatedly, leaving Aston Martin very short spares, putting the development programme for its under-performing AMR22 in jeopardy.

Team principal Mike Krack said the team had done a remarkable job to produce all the parts it needed at Imola. But, he acknowledged, “you must not have this every race.”

“We have this on the radar, it is still under control, there was provision for such stuff, but it must not happen every week,” Krack emphasised. “We managed, basically, with huge effort from the team in Silverstone to not delay the upgrade and still have a spare.”

“[But] we cannot do this every week,” he said. “It’s just immense what has been achieved.”

The team’s double points finish at Imola was their reward for that effort , Krack said. “Australia was obviously very hard for all the people that worked really, really hard, also at the factory.”

The team took full advantage of the challenging weather conditions to achieve a better result that it could usually hope for, he said. “We had the briefing and we were saying we had similar conditions on Friday and we did a very good job on Friday, in my opinion, drivers and team.”

The challenge had been “to bring the car higher up than it really was deserving to,” Krack explained. “Then we said, ‘okay, today’s the same.’ So we start in P13 and P15 and maybe the conditions, if we do a job without mistakes, others might make some, then there is a chance to score.

“It was a very good reaction from all the team who were super-ready, super-prepared back in Silverstone, in mission control,” Krack continued. “It was a great, great team effort, and it was nice that we try to make it happen like that. And then it also happened – it doesn’t work, always.”