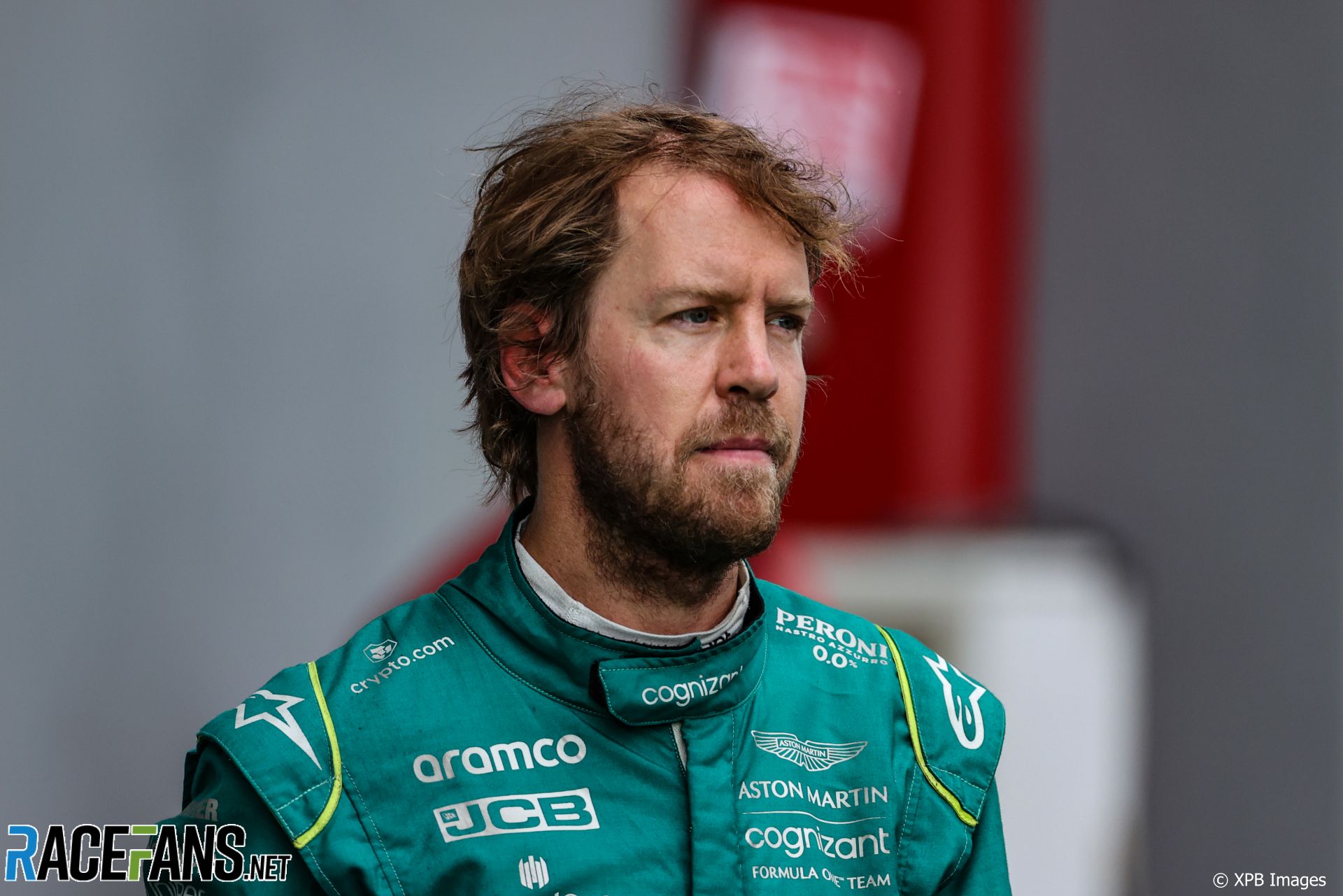 Sebastian Vettel says his Aston Martin team deserved their reward after scoring their first points of 2022 with eighth place in Imola.

“It’s like a victory,” he said. “We are not the fastest at the minute, I think we are pretty much at the other side of the field. But today we did really well.”

Vettel was unaware Daniel Ricciardo had been the fist person to pit for slick tyres on the drying track, and said he could have made his switch even earlier.

“The weekend helped us with the conditions, but we managed to capitalise,” he said. “I think we did a great job on calling for the dries and everybody else then I think copied what we did. I was happy to go even a lap before or two. So it was really good.”

He ran seventh ahead of Charles Leclerc towards the end of the race but couldn’t keep the Ferrari behind.

“Obviously I had no chance to hold Charles off in the end, he is like four seconds faster, three seconds faster,” said Vettel. “But if you tell us that we are fighting a Ferrari with four laps to go before the race, I would have taken it.”

The four-times world champion said he enjoyed the race despite not being in the hunt for higher places. “It’s still eighth position, so it’s not as enjoyable as winning. But to be honest I’ve driven a lot of races where I finished on the podium and I’ve done worse races, so I am very happy.”

“It’s harsh, you work your arse off and when you have a good package it’s easy to score good results and then it’s about perfection to deliver the perfect result.

“And it’s even harder because you don’t get any cookie or any reward after the race. So try and make your dog jump without a cookie to please him afterwards, it’s hard.

“So it’s good for them and I’m happy for the team. Good to get both cars in the points as well.”