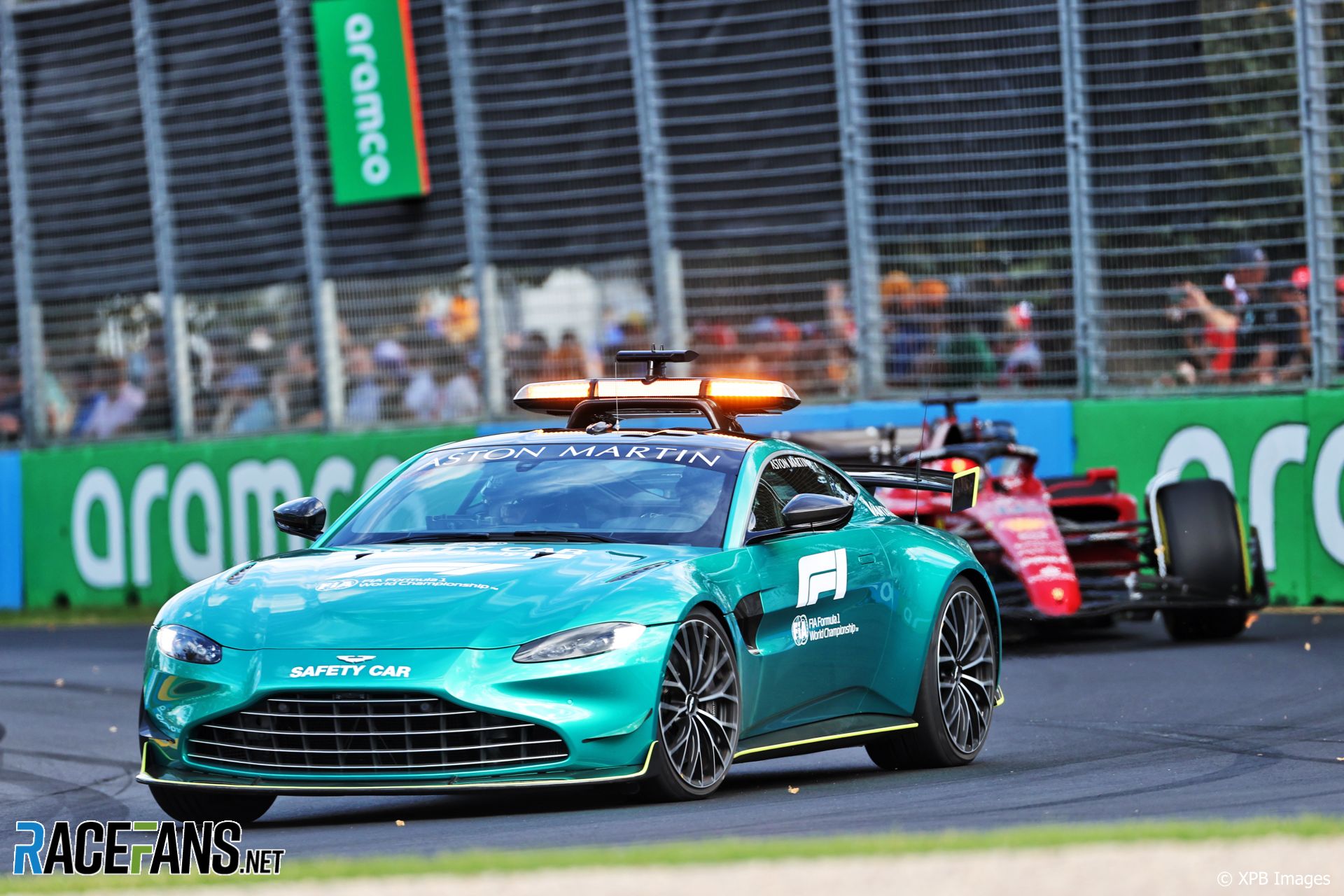 The FIA has responded to Max Verstappen’s criticism of the performance of the Safety Car during last weekend’s Australian Grand Prix.

Since last year, Formula 1 has used two different Safety Car models during the season. The car used last weekend was an Aston Martin Vantage, while a Mercedes-AMG GT Black Series appeared at the first two rounds of the season.

The Red Bull driver complained the Safety Car was being driven too slowly during the race and afterwards described it as being like a “turtle”. Red Bull were sponsored by Aston Martin until 2020.

Charles Leclerc, who followed immediately behind the Safety Car during the race, said “it always feels too slow” because F1 cars have such superior performance.

“We have so much grip and it’s very, very difficult, especially on the compound we were all on, which was the hards,” he said. “I was struggling massively to put some temperature in them so I also struggled.

“To be honest, I wanted to complain, but then I checked how much the Safety Car was sliding in the corner and I don’t think there was anything more that he could give so I didn’t want to push too much pressure. It’s the way it is. But for sure with the cars that we have now it’s very difficult to keep the temperatures in the tyres behind the Safety Car.”

The FIA pointed out in a statement that the performance of the Safety Car is its primary requirement.

“The Safety Car procedures take into account multiple objectives, depending upon the incident in question, including the requirement to ‘bunch up’ the field, negotiate an incident recovery or debris on track in a safe manner and adjust the pace depending on recovery activities that may be ongoing in a different part of the track.

“The speed of the Safety Car is therefore generally dictated by race control, and not limited by the capabilities of the Safety Cars, which are bespoke high-performance vehicles prepared by two of the world’s top manufacturers, equipped to deal with changeable track conditions at all times and driven by a hugely experienced and capable driver and co-driver.

“The impact of the speed of the Safety Car on the performance of the cars following is a secondary consideration, as the impact is equal amongst all competitors who, as is always the case, are responsible for driving in a safe manner at all times according to the conditions of their car and the circuit.”