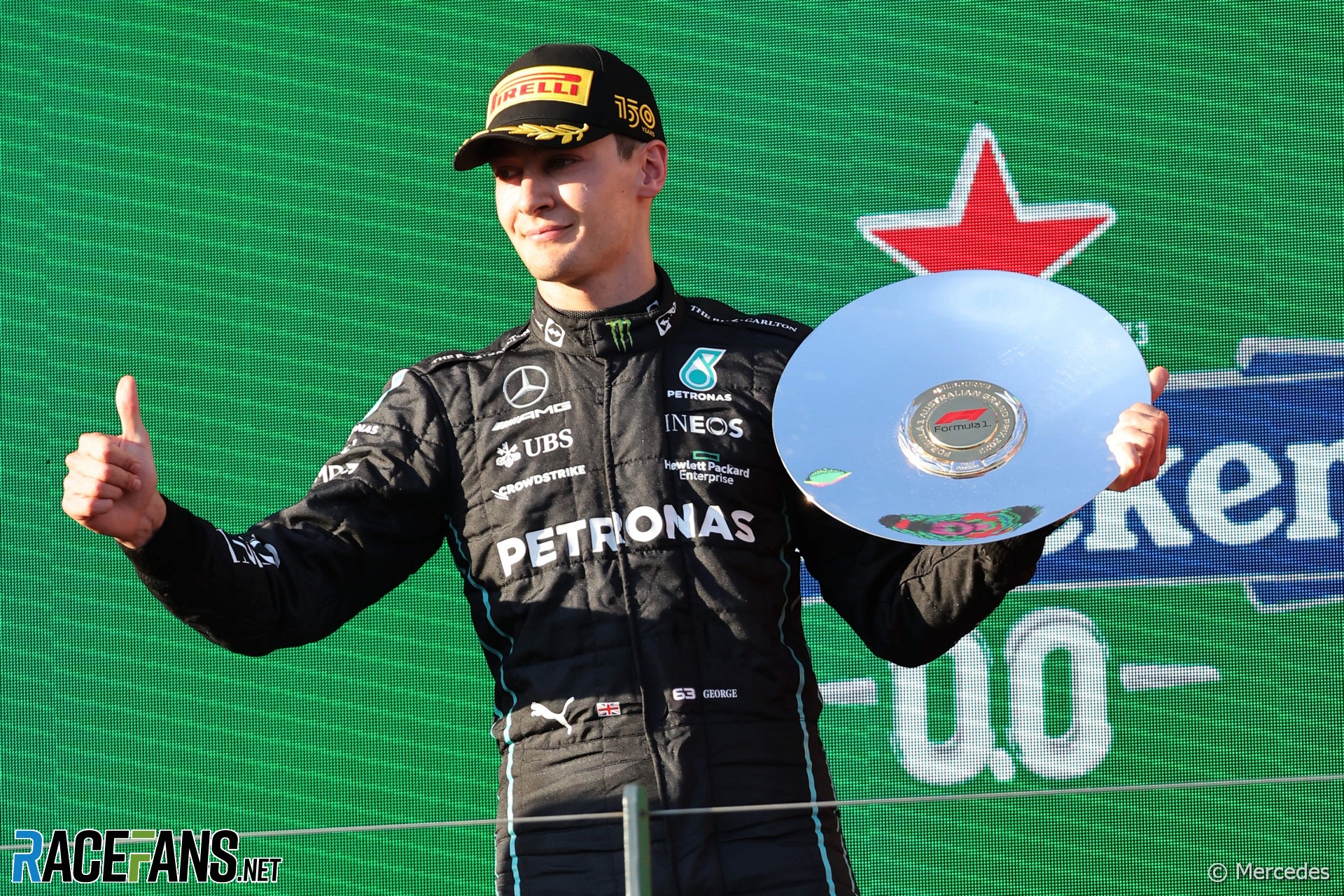 George Russell scored his first podium finish for Mercedes yesterday and rose to the unexpected heights of second in the world championship.

However he insisted that wasn’t down to the performance of his car which has lagged behind Ferrari, Red Bull and occasionally others this year.

Russell said he was “pleasantly surprised” to leave the third round of the championship in second place behind runaway leader Charles Leclerc.

“It’s credit due to the team for giving us, so far, a very reliable car,” said Russell, who finished third in Melbourne after Max Verstappen and Carlos Sainz Jnr retired. “We’ve got to be there at the end to capitalise from these results.”

He said his championship position was “definitely not based on pace” but shows they couldn’t have finished higher at any of the three races so far.

“It’s been a respectable start to the season in terms of how we’ve managed to optimise our lack of performance,” said Russell. “Every race we’ve done, we have truly maximised the result possible.

“I don’t think we could have achieved a higher result at any of the circuits as a team and that is, I guess, a silver lining.”

Russell was advised by the team not to try to Sergio Perez behind him as he would risk damaging his tyres and compromising his finishing position. The Mercedes driver said it had been hard to let his rival go.

“It’s difficult when we’re in a podium spot and I want to do everything I can to keep the faster car behind. But ultimately we needed to manage that tyre and the management was worse, or the front left tyre was worse in the last corner and I can’t manage it through there because it will just open it up to Checo behind, especially with their straight-line speed.

“I really wanted to push it further but I recognised that we probably would have just fell off a cliff if I went even harder. The Red Bull was just too quick for us today.”

He is resigned to having the third-quickest car at best over the coming races as he doesn’t expect Mercedes to bring any significant updates until later in the season.

“Unfortunately there’s nothing substantial in the pipeline anytime soon. It’s not going to happen overnight, it’s going to take a number of races.

“I think there’ll be little things, there’ll be incremental steps. But we recognise that our rivals are going to be doing the same so it may not be clear to the outside world that we’ve made progress because Ferrari and Red Bull are going to be making progress as well.”