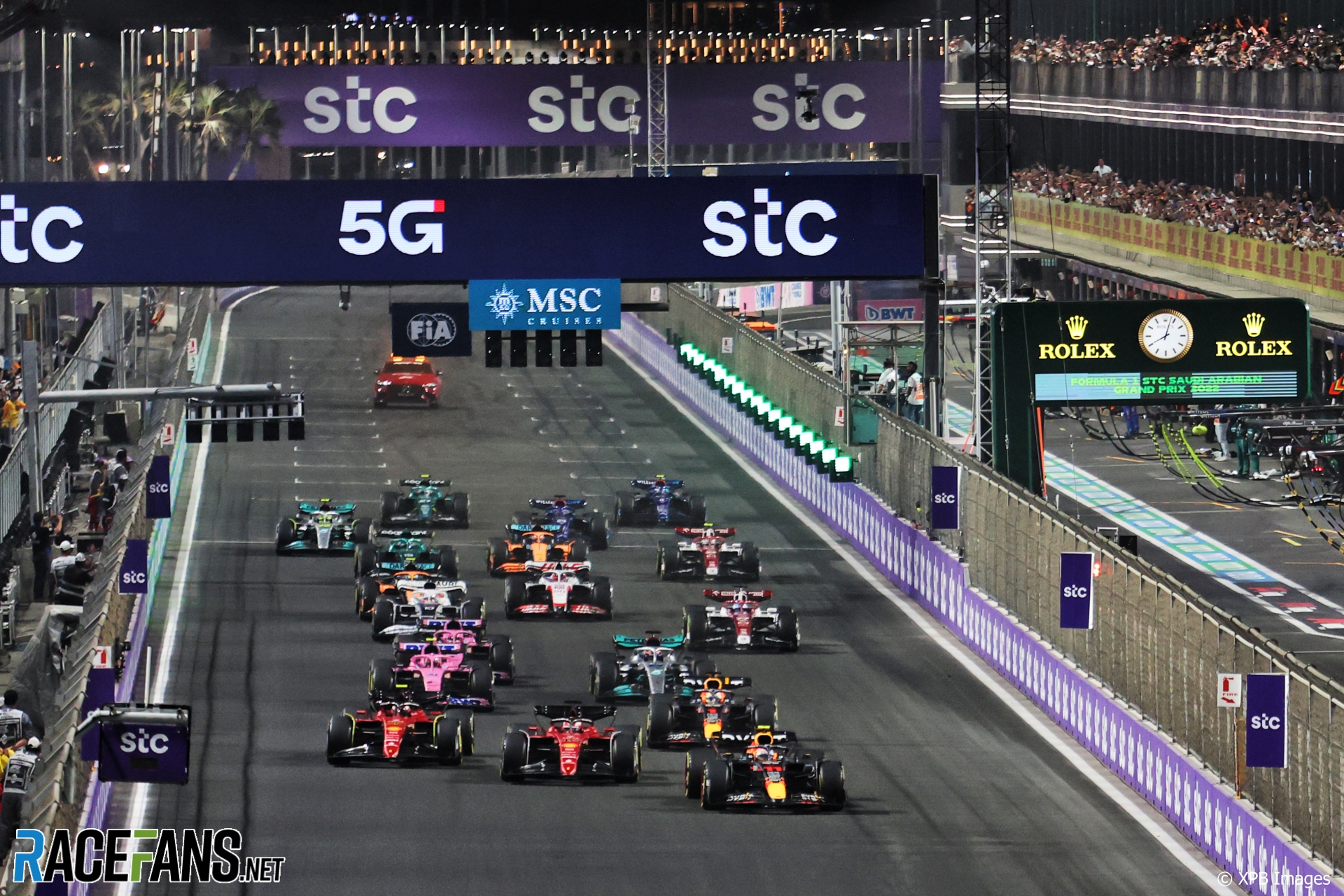 The 2022 Formula 1 world championship was originally planned to include 23 grands prix over the season – the most races ever held in a single year.

At present, there are 22 confirmed races this season with the cancellation of the Russian Grand Prix. However, F1 will almost certainly announce a replacement for Sochi to fill its vacant September 25th date as Formula 1 CEO Stefano Domenicali has said it would be “no problem at all” to find a alternative host.

With the sport’s popularity enjoying a boom in recent years, it seems as though the demand to host a grand prix has never been higher. Just in the last week, a third race in the United States – the Las Vegas Grand Prix – has been confirmed. And with Domenicali saying that the sport has enough interest to hold up to 30 events a year if they wanted, it shows that expanding the calendar beyond the current 23 races in future is not a question of finding enough willing venues to play host.

Currently, there’s a hard cap on the number of ‘events’ that can been held in a Formula 1 season, set in stone in the Sporting Regulations. To change it, the teams would have to agree with Formula One Management to lift the cap when negotiating the next Concorde Agreement – the most recent of which came into effect last season.

Getting the teams to approve an increase in races will be no easy task, given the reservations some in the sport have had over the current size of the calendar. But should F1’s calendar be allowed to grow even further into the future?

As the pandemic-affected 2020 season demonstrated all too powerfully, race weekends are vital to the financial health of Formula 1. Fewer races means less revenue for the sport, meaning that it is in F1 and the teams’ financial interests to race as much as is reasonably possible in a season.

With so many races held across Europe and now three in the United States, regions of the world that do not have any races – such as the entire continent of Africa – only stand out more because of it. Increasing the number of races in a season could make a return to circuits like Kyalami in South Africa more plausible.

There is also the inevitability that with the sport expanding into so many new territories and countries, some mainstays of the calendar may have to be dropped to make way for new venues. There is already no German Grand Prix and the Chinese Grand Prix has not yet returned since the onset of the Covid pandemic. Increasing the maximum number of races could help ensure that much-loved circuits remain on the calender in seasons to come.

Expanding the calendar beyond a maximum of 24 races may seem like an obvious way to increase F1’s profitability, but it comes at a very human cost for the team members who have to work long hours preparing their garages and cars so they are ready for racing on Sunday.

AlphaTauri team principal Franz Tost described 23 planned races as “the absolute limit”. Some team principals have suggested that they would need to hire more staff to cover an increase in races – something that is complicated by the financial budget cap restrictions. Then there’s also the increased costs of running teams, with more power units, components and monocoques needed.

With so many races, following a full season of 23 rounds asks fans to dedicate 40 percent of their weekends to the sport – a huge commitment in these modern times with so many other forms of entertainment vying for the public’s attention. Adding yet more races to an already packed calendar could end up pushing viewers away and squandering the momentum the sport has built up over recent years.

It’s great for the sport that demand for hosting grands prix is so high as it is perhaps the greatest indicator of the long-term health of Formula 1. For teams and for fans, it’s preferable to have too many venues wanting to hold races and not enough slots to fill than the other way around.

However, the same reasons that led F1 and its teams to impose a 24 race cap on the calendar in the first place are still present today. With so many voices within the sport expressing how physically and mentally taxing it is to compete a full season to racing across the globe, it’s important that F1 listens and does not place too much of a burden on team personnel, lest the brightest minds in motorsport begin to take their talents elsewhere.

But there’s also sporting reasons why expanding the current calendar would be less than ideal. On pure mathematics, with every race added to the calendar, the importance of each individual grand prix to the overall championship is reduced. Fans surely want every race, every retirement, every mistake, every pass to matter. Growing the calendar beyond 24 races risks diluting the significance of an individual grand prix too much.

There’s also the inescapable reality that being a Formula 1 fan in 2022 can be a major slog. To watch every practice, qualifying and race day this season requires 69 days of dedicating at least some of your time to watching F1 – beyond the commitment required to follow a team in the Premier League.

It’s almost certain that Formula 1 will hit the maximum 24 race threshold in the near future. But for the sake of the sport and those who work in it, let that be as far as it goes.

Do you agree that Formula 1 and its teams should lift the upper limit of 24 races in a season?

A RaceFans account is required in order to vote. If you do not have one, register an account here or read more about registering here. When this poll is closed the result will be displayed instead of the voting form.

Browse all debates and polls

98 comments on “Should F1 and its teams lift the cap of 24 grands prix in a season?”