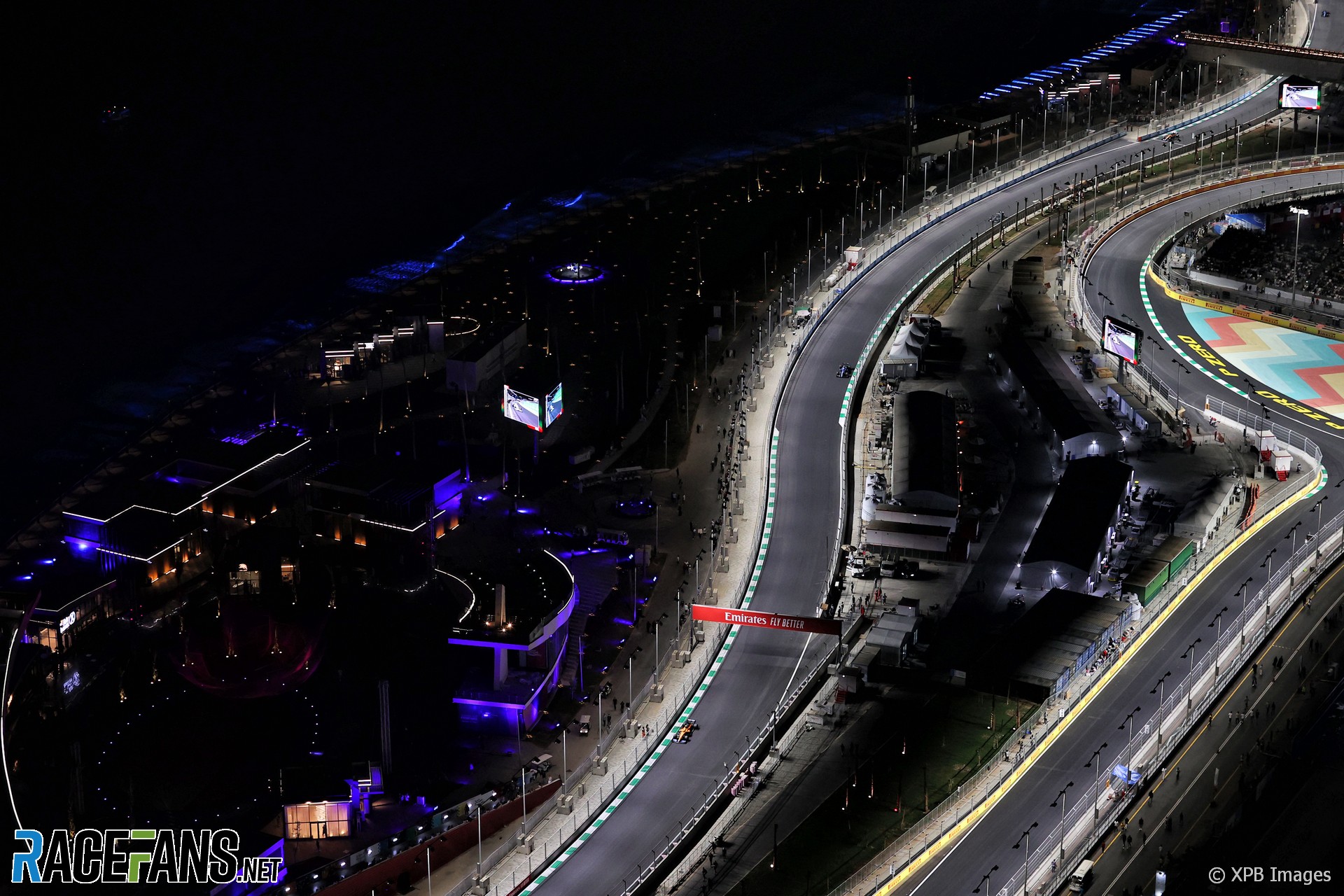 Organisers of the Saudi Arabian Grand Prix have confirmed the Jeddah Corniche Circuit is being modified to address safety concerns raised by drivers ahead of next month’s race.

The race which took place in December last year is the second round on the 2022 F1 calendar, on the weekend following the Bahrain Grand Prix.

Although referred to as a street circuit, the Jeddah track was purpose-built and produced one of the highest average lap speeds of any race last season. However the number of high speed corners with unsighted entries due to barrier placements around the track led to criticism from some drivers including Carlos Sainz Jnr and Sergio Perez, while Sebastian Vettel likened the circuit to ‘Suzuka with walls’.

With Saudi Arabia set to host its second grand prix in March, race organisers have announced a series of minor adjustments to the track to “help improve driver sightlines” in several corners around the course.

Circuit barriers will be moved between one-and-a-half to two metres further back from the track at turns two and three as well as the flat-out right hander of turn 14, which follows the banked hairpin at the far end of the track. Barriers will also be moved through turn 21 on the approach to the braking zone of the fast left hand kink of turn 22, which was the scene of multiple accidents across the first race weekend in December.

The barriers at the apexes of turn four and turn 16 will be made shallower, to reduce the risk of drivers damaging their cars if they brush the wall, as will the apex of turn 22 and the fast right hand kink of turn 24 that follows almost immediately after.

At the end of the lap, the final hairpin of turn 27 will see the track widened and the barrier moved further away from the circuit to allow more room for potential overtaking attempts.

This year’s race will also feature an expanded fan zone, while the grandstand that sat alongside the final corner of turn 27 will be moved to directly overlook the first two corners. A new hotel and shopping complex planned to sit alongside the banked turn 13 remains under construction.

Next month’s race will also feature specially painted corner run-off areas that will use designs made by Jeddah pop artist Rex Chouk.