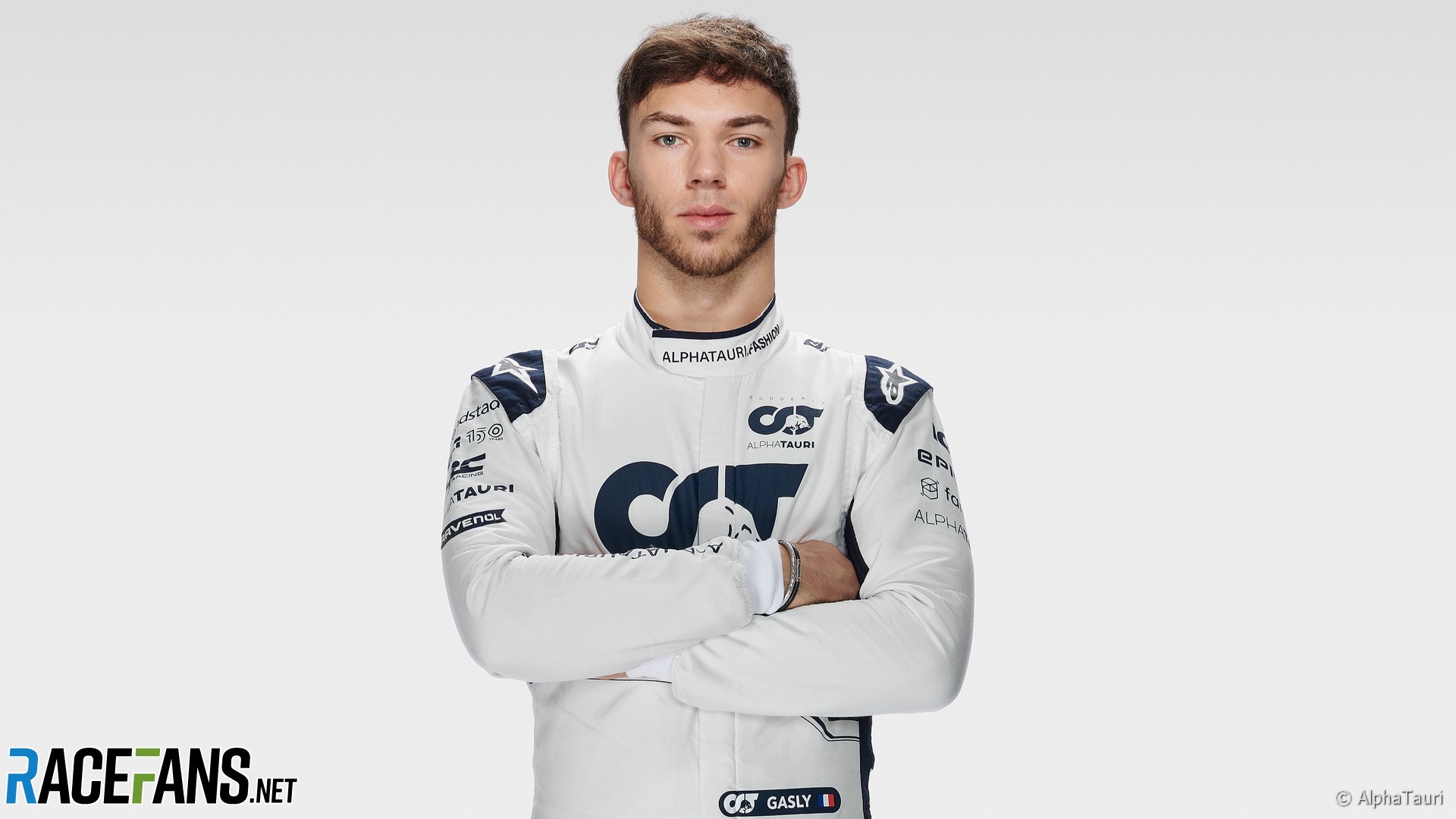 Pierre Gasly says he aims to finish “regularly in the top five and even higher” if AlphaTauri’s new AT03 has the pace to do so in 2022.

The team unveiled their new car for the 2022 Formula 1 season in an online launch, showing off a virtual render of their genuine AT03 chassis they intend to race this season.

After an impressive 2021 season for Gasly, in which he scored 110 points to help secure sixth place in the constructors’ championship for AlphaTauri, he is aiming to become a regular fixture in the top five positions this season.

“My approach will be the same as the one I adopted last year,” said Gasly. “I will be trying to build on the run I had of very good results and to continue to be on top of my game with the car I have.

“I really hope that this is a year when I can fight at the very front, to finish regularly in the top five and even higher if the car is good enough for that. We must be prepared to deal with whatever situations arise.

“So, mentally, I’ve prepared myself to deal with any possible scenario and, personally, I will be pushing the team to always do its best. Last year we came very close to fifth place in the constructors’ championship and it would be super to achieve that this year. It’s too early to say if that will be possible but I will always give it my best shot and get the most out of our car.”

With radically different cars for the new season prompted by a major overhaul of the technical regulations, Gasly says he expects that the upcoming season will be “full of surprises”.

“I think we will have to tackle it with an open mind, being ready for any eventuality,” he said. “It’s a fresh start for all the teams, starting pretty much from zero as we are really looking at a clean sheet of paper scenario.

“It will be a big challenge for the teams to work out how to build the best car possible to comply with the new regulations. I hope that it works really well for us. I have no doubts about our team’s abilities and, as of now, they are quite pleased with the work they have done.

“Like everyone, they’ve been working on it for many months now, but it’s difficult to have an idea of what we can expect until the car goes out on track in Barcelona for the first time. Then we will get an idea of how the car behaves and how we look compared to the others. I’m sure this season will be full of surprises.”