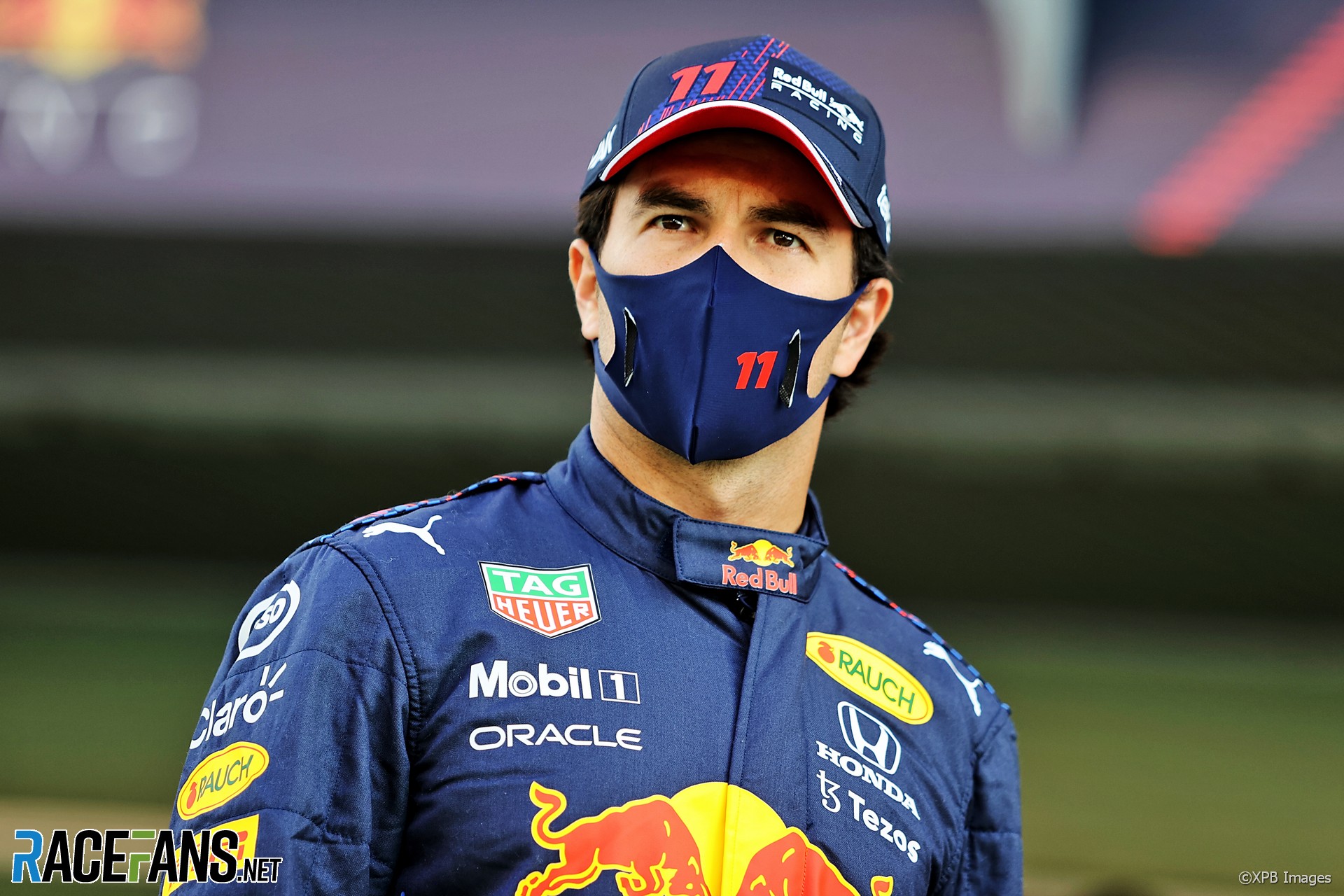 It’s been a challenging season for Sergio Perez as he found himself in the thick of the action at the front for the first time in his F1 career following his move to Red Bull.

Ahead of what may be the most high-pressure race he has ever faced as Red Bull look to win both world championships from Mercedes, Perez told RaceFans what he’s learned from this season with a new team, new car and with Max Verstappen as a team mate.

RF: How has your first year with Red Bull been?

“There are teams in Formula 1 that are more closer to each other in terms of driving, in terms of setting up cars, the way you look after the tyres and here I came to a team that was just 100 percent different. Nothing really had very little similarities to what I’ve done in Formula 1 in the past.

“So basically I had to start from zero – learn new techniques of setting up the car, of driving the car. It’s been a great challenge. I think it has put me into another level as a driver just due to that regard that I had to learn a different way of driving.”

RF: It’s been your first year racing an Adrian Newey-designed car – can you feel the difference?

“It has a certain technique. Like every Formula 1 car, they have a very small window where they operate. And this is the same. So to find the sweet spot, I think it takes time. I think the Red Bull more than any other car in the paddock, due to the characteristics of how you have to drive the car. I have to say that it just takes time. I am still learning new techniques to exploit the maximum out of it.

“This car, it’s unbelievable when it’s at its right window.”

RF: And how difficult is it to get the car in that window?

RF: How have you found switching from the Mercedes to the Honda power unit?

Perez: “Completely different. The way you apply the power in the Honda, it’s such a different one to the Mercedes.

“It’s been also a very good experience as a driver, you want to go through very different scenarios of engines, of cars, of tyres and so on, and this has definitely opened up my window a lot.”

RF: When you’re at the front, mistakes and bad days are more costly. How difficult has it been, being at the front?

Perez: “It’s been a very challenging year in that regard because the consistency hasn’t been a straightforward season all the way through.

“When you come to a team that is already fighting for the title, you see all the mistakes. And probably if you are in a team that is under the radar a bit more, you don’t see those mistakes as often. But I think it’s just part of the process. I look forward to take another gear for next year, now that I am fully adapted with Red Bull.”

RF: What has it been like to have Max Verstappen as a team mate?

Perez: “I think Max – there is no other driver who is so at one with the car like Max is. I think he’s been at Red Bull for a long time and you can see it straight away.

“You still see some weaknesses with all drivers’ cars, but Max – the way that he’s at one with the car, I don’t think there’s anyone that compares to him in that regard. He’s really, really into it. He’s at a very high level, as we can see, and I think I have a tremendous benchmark with him.”

RF: Is it not difficult to have to go up against him as a team mate every weekend?

Perez: “No, I see it as a very positive thing. Because you have a fantastic benchmark with him.

“From first practice, you have a great reference to him to live up to get great results. So ultimately, as a driver, you want to be working with the best. And I think, right now, he is the best in Formula 1.”

RF: You think he’s better than you?

Perez: “I think with this car, yes. I have to accept that. As a driver, you have to be realistic and he’s at a tremendously high level. The way he he drives this car, he’s just at one. It’s years of experience with it, and he’s at a very high level there.”

RF: Next year’s car will be completely new – do you think you’ll compete closer with Verstappen?

Perez: “I think so. Next year it’s a new opportunity to start from zero and go from there. I think that’s something that can be very good for me.”

RF: How involved have you been in the development of the 2022 car?

Perez: “Quite involved. We’ve done a lot of simulation, we’ve done some following and comments and so on.”

RF: Finally, who will win on Sunday?

Perez: “Red Bull! I’m confident that Red Bull will come out on top.”