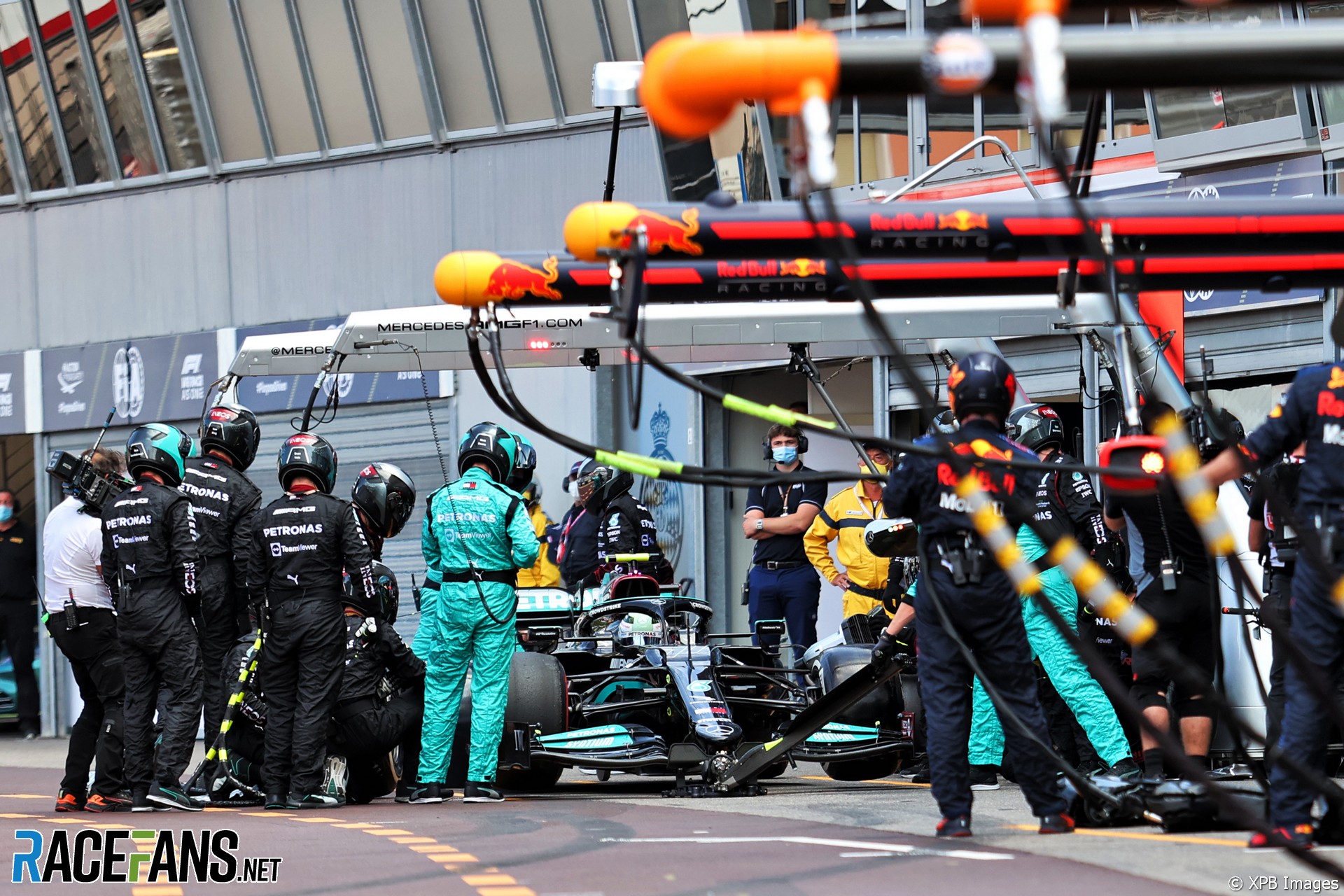 Mercedes have explained a slight misalignment between wheel gun and wheel nut caused the machining effect that made it impossible to remove Valtteri Bottas’ wheel.

Bottas’ race ended at under less than half the distance of the Monaco Grand Prix, when a disastrous pit stop saw mechanics unable to remove his car’s front right wheel.

Footage afterwards showed aluminium shearing off the wheel nut, the gun’s force essentially sanding it smooth, rather than connecting to the teeth to loosen the nut.

Chief strategist James Vowles explained “Our nuts are what we call captive, they are maintained within the wheel and the tyre, so as the wheel comes off the nut goes with it.

“This nut has to hold a wheel to the car such it can cope with 5g forces in braking and laterally as well. It’s a huge amount of force going through the axle and the nut and clearly we can never have it coming loose. So, the gun is an incredibly powerful gun, such that you can actually see the mechanics having to restrain themselves holding themselves to the ground otherwise they get rotated with it at the same time.”

He said that the wheel gun’s action, described as ‘hammering,’ required perfect alignment to the nut to work correctly.

“It’s an impact force and what happens is the nut typically loosens in four or five impacts against it, a hammering action.

“What happened is we came on slightly angled, so when the socket was now connected to the nut, it slightly angled relative to it and as a result of that, now instead of distributing the load across all of the nut it was across a small section and that tore the metal clean off and in fact all of the metal was now removed from the nut. As a result of that, the nut was in place and we were unable to remove it.”

The machining on the nut was so severe that Mercedes were unable to remove the wheel in Monaco and were expecting to do so back at their factory.

“Clearly, it’s a circumstance that cost Valtteri dearly and cost the team dearly,” Vowles said. “One that we are going to put steps in place to mitigate.”