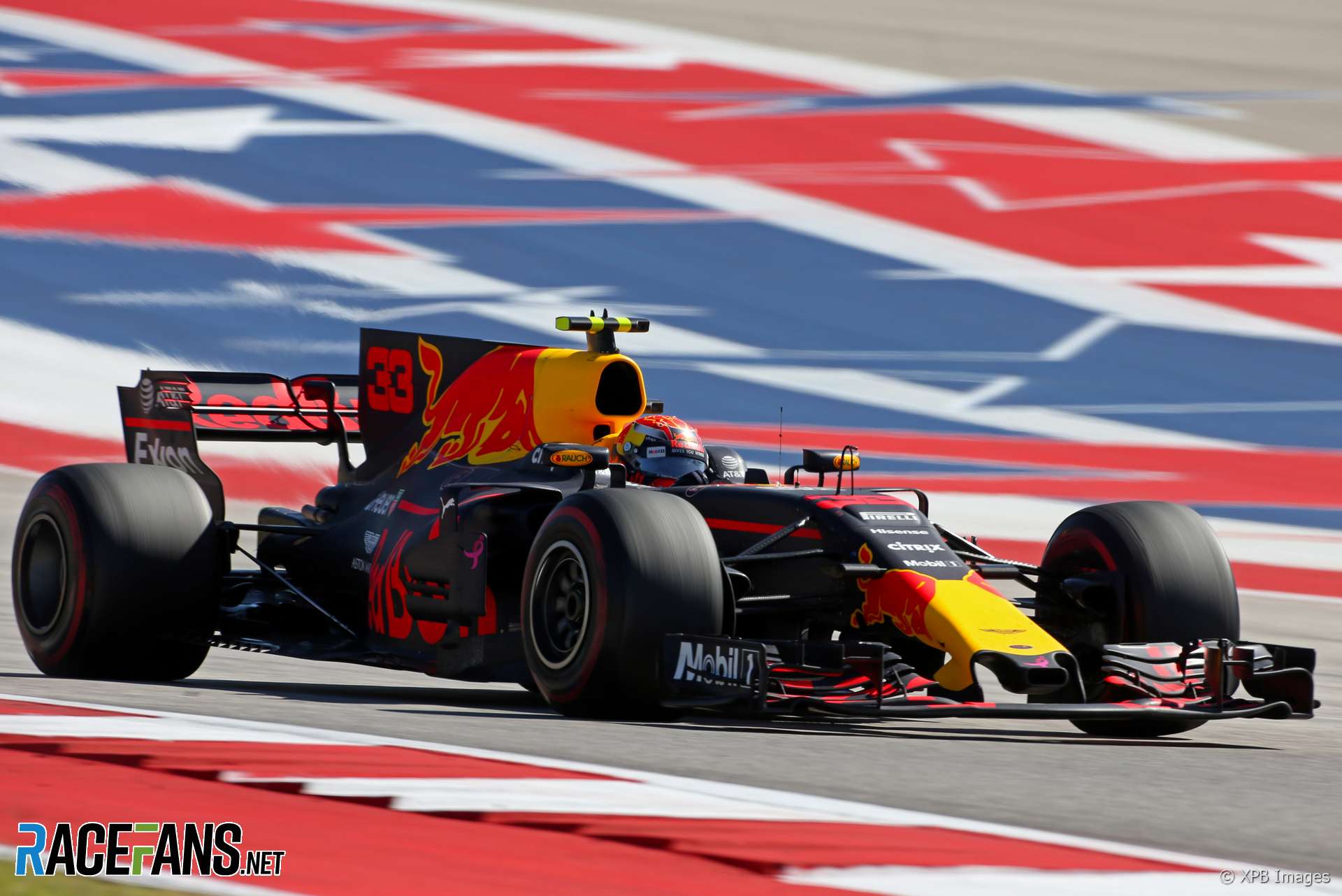 An FIA steward who backed a decision to strip Max Verstappen of a podium finish in 2017 has described it as “one of the toughest” calls he had to take.

Garry Connelly, who was part of a four-man panel which penalised Verstappen for a pass on Kimi Raikkonen at the 2017 United States Grand Prix, described how the decision was taken at the FIA International Stewards Programme today.

Verstappen passed Raikkonen at turn 16 on the final lap of the race in what Connelly described as “an amazing move”. It moved the Red Bull driver into third place at the end of the race.

But one of Connelly’s fellow stewards, former Formula 1 driver Mika Salo, noticed Verstappen had put all four wheels outside of the track limits while completing the pass.

“We had Mika Salo as our drivers steward and Mika’s extremely quick on seeing what’s going on on a race track,” Connelly explained. “He said to us immediately ‘that was a brilliant move by Max but he was off the track by about a metre on the inside of the corner – he left the track to overtake’.

“We went back and looked at the video and it was very, very clear. It was very, very clear within a minute of us looking at that. And my fellow stewards in the room – Radovan Novak, Mika Salo and Dennis Dean – it was a difficult decision because we had to pull Max Verstappen off third place, off the podium and replace him with Kimi Raikkonen.”

Verstappen was given a five-second time penalty which dropped him from third to fourth place in the final classification. The decision was rendered quickly enough that Raikkonen was able to take Verstappen’s place in the post-race podium ceremony.

The decision prompted an angry reaction from the team. Red Bull team principal Christian Horner called it “appalling”, while Verstappen lashed out at “one idiot steward up there who always makes the decision against me.”

“Boy did we cop a lot of criticism,” Connelly recalled. “We were public enemies number one in the Netherlands and all the Red Bull fans around the world were up in arms and a lot of other people as well.”

Connelly defended the decision, pointing out it would have been unfair towards Raikkonen to let Verstappen’s move stand.

“We also looked at it from another perspective in that another driver had been robbed of his rightful position because Max couldn’t have overtaken Kimi if he’d complied with the rules. The rules are simple, you cannot go off the track to overtake someone, you can’t leave the track and gain an advantage, and this was a lasting advantage. He went from fourth to third by overtaking one metre off the track.

“So when it comes to a difficult decision, yes you feel sorry for the person that you may have to penalise, but you also have to think about the other competitors that are affected by the move or by the action of the competitor that you are investigating. So I that’s something that really sticks with me.”

Despite his vehement initial criticism of the decision, Verstappen later admitted the pass was “not correct”.

“That was really probably one of the toughest decisions I’ve ever had to take with my colleagues,” said Connelly. “But it’s something that I still believe we did the right thing, we took the right decision.

“And I’m pretty sure if you speak to Max Verstappen today, he’ll agree that in retrospect it was the right decision.”