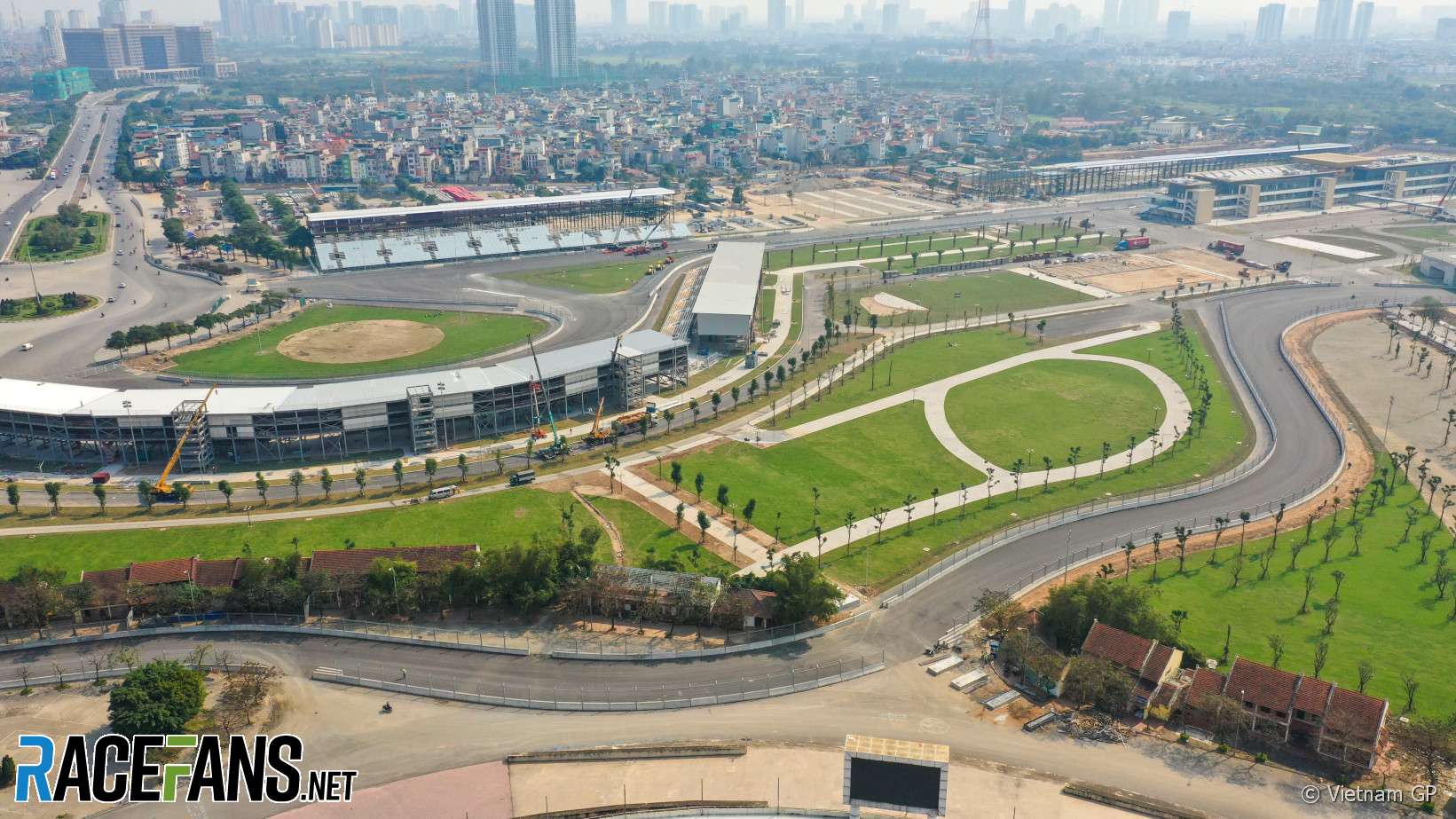 The Interlagos circuit has secured a place on the 2021 F1 calendar despite competition from a rival project in Rio de Janeiro, RaceFans understands.

However doubt has arisen over whether Vietnam’s first world championship race will go ahead in 2021. RaceFans understands it does not feature on the current calendar draft, though a space has been left for a race at a ‘to be confirmed’ venue following the Chinese Grand Prix.

The inaugural Vietnam Grand Prix was originally scheduled for April this year, but postponed and eventually cancelled due to the pandemic. However the new doubt over its future is believed to stem from the recent arrest of Hanoi People’s Committee chairman Duc Chung, who was closely involved in the running of the race.

Up to five other circuits are thought to be in the running to replace the race, including Istanbul Park, Imola, Algarve, Sepang or one of Germany’s tracks.

Efforts to relocate Brazil’s round of the world championship to a new circuit in the Deodoro area have been delayed due to concerns over the environmental implications of constructing the facility. The proposal has been widely criticised, including by six-times world champion Lewis Hamilton, who urged planners not to cut down trees to build the track.

Interlagos will therefore hold the race for the 38th time in its history. However RaceFans understands it will no longer be promoted by Tamas Rohonyi, a long-time associate of former F1 boss Bernie Ecclestone.

The circuit’s contract was due to expire following this year’s race. Another event facing an uncertain future, the Spanish Grand Prix at the Circuit de Catalunya, is also believed to have won a reprieve to remain on the schedule next year.

The inclusion of these races will ensure the calendar features at least 22 rounds. It is expected to be announced this week, possibly as early as tomorrow.

The calendar is understood to be along similar lines to the schedule which was originally proposed for 2020. It will also include a new street race in Jeddah, Saudi Arabia, as the penultimate round of the championship before the season finale in Abu Dhabi.

Update: This article was revised to include additional details on Vietnam’s round of the world championship