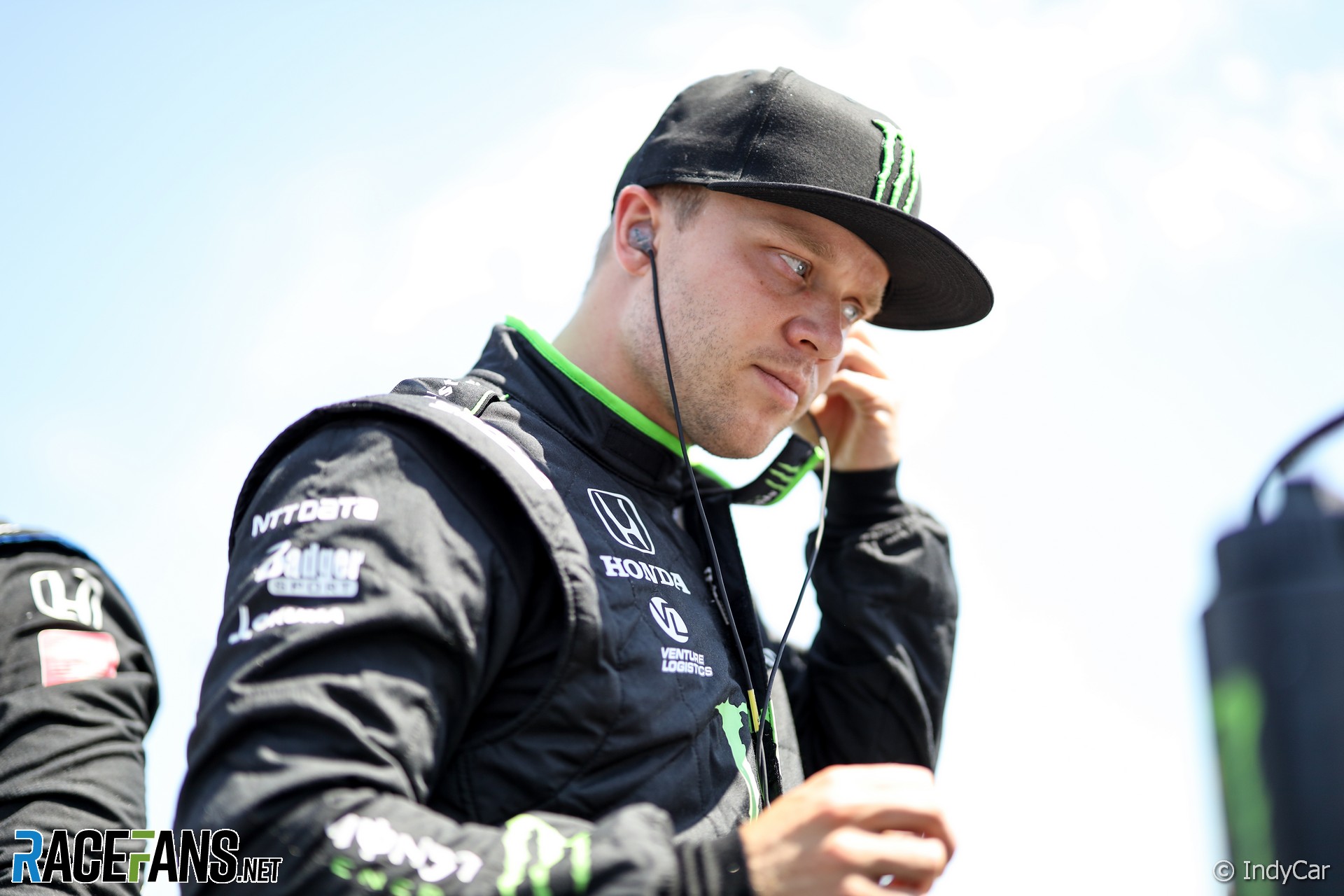 Felix Rosenqvist has switched teams from Ganassi to McLaren SP for the 2021 IndyCar season.

The 28-year-old was the series’ Rookie of the Year in 2018, when he placed sixth in the championship. He slipped to 11th this year, while team mate Scott Dixon won the title, but scored his breakthrough win for the team at Road America.

That came at the expense of McLaren SP driver Pato O’Ward, who led 43 of the 55 laps. The pair will be team mates as Rosenqvist takes the seat vacated by Oliver Askew.

Rosenqvist said McLaren SP “has shown itself to be a consistent challenger” in its first season since McLaren took over the Schmidt Peterson operation at the beginning of 2020. “I’m looking forward to working with Pato to help take it forward.”

McLaren Racing CEO Zak Brown said “it’s not very often that you get the opportunity to combine two young, established talents like Pato and Felix.

“I think this pairing gives us a strong driver line-up and I’m excited to see what they can do together on and off the track.”

O’Ward’s near-miss at Road America was the first of five podium finishes for McLaren SP this year. He finished second for the third time at St Petersburg last weekend.

Rosenqvist first came to the team’s attention four years ago, said McLaren SP co-owner Sam Schmidt. “We’ve been watching Felix since he came over to Indy Lights in 2016 and have been constantly impressed by his performance over the past two years,” he said.

“We think that he and Pato complement each other well and together we believe they will help us on our journey forward as a team.”